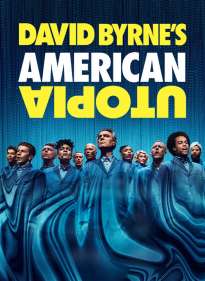 The fight to fund cultural institutions in New York City is the same as it ever was, according to legendary musician David Byrne.

“Culture helps your whole city, your whole community even if you don’t partake in it,” the former Talking Heads frontman told the crowd, adding quickly, “Of course I think you should.”

Byrne later told amNewYork libraries were an important part of his youth in Baltimore.

“That’s where I got all this music that inspired me because I couldn’t afford all those records and they didn’t have them in my neighborhood,” he said. “They had them in the library.”

Byrne joins actress Sarah Jessica Parker in urging New Yorkers to battle against the looming budget cuts. Parker, on Monday, sent out an email campaign urging readers to share sticky notes about why they love their libraries on the investinlibraries.org website. In the email, Parker called her local branch, the Jefferson Market Library in Greenwich Village, “a cornerstone, a beacon and one of the most beloved buildings in our community.”

Officials and employees from the Brooklyn Public Library, New York Public Library and Queens Public Library said the proposed $388.8 million allocation offered by the de Blasio Administration will not cover the current, rising costs of serving millions of customers across the five boroughs.

City Councilman Jimmy Van Bramer, who heads the Committee on Cultural Affairs, Libraries and International Intergroup Relations, said the administration didn’t include the $8 million in discretionary funds added by the Council in last year’s budget agreement.

“We should not be talking about cuts to libraries, it is absolutely outrageous that we find ourselves in this place,” Van Bramer said. “And we only find ourselves in this place because the mayor and this administration have chosen not only to not baseline that 8 [million] but then to not address the increase that libraries desperately need to be able to stay whole and be able to function.”

In addition, each of the library systems — like many city agencies — has been instructed to find budget cuts on its own.

A de Blasio spokesman argued the city has made a “record level of investment” in the library systems.

“This includes funding for six-day service in every borough, and investing more than $1 billion over the next ten years for facility improvements across the three systems,” said spokesman Raul Contreras. “We’re in regular contact with the libraries about their needs, and look forward to continuing our conversation with the City Council."

The budget is expected by the end of June. The 2019 fiscal budget was released ahead of its July 1 due date.