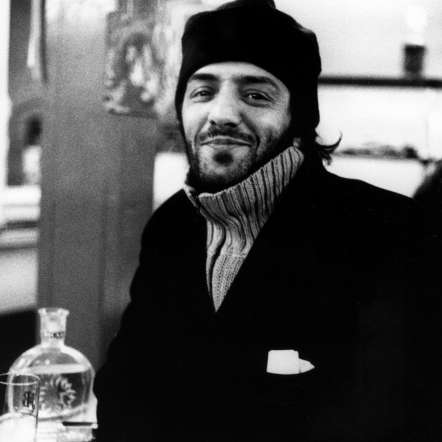 So...who recommends this stuff to me?

Bobby Wooten who toured with me recommended Hobo Johnson.

I’ve known Lonnie Holley as an artist for quite some time. I saw him do a show at National Sawdust not too long ago with trombonist Dave Nelson, who toured with St. Vincent and I a few years ago.

I heard an orchestral interpretation of this song by Gurrumul when I was waiting to do an interview at the radio station in Melbourne, Australia. I asked, "Whose music is that?"

Laura Mvula, Topaz Jones and Agnes Obel played shows with me this year...I heard Topaz Jones because he was playing Austin City Limits at the same time as us and we were looking for an opening act for the shows we were playing in that area.

My Brightest Diamond sang on the Here Lies Love all-star record. I think I'd seen her live somewhere, maybe with Sufjan? I've followed her ever since.

Mitski—like most who have heard of her—grabbed my attention with her earworm song “Your Best American Girl” from her previous record.

Erkin Koray I heard after first hearing Barış Manço, who may have been recommended by some friends in Istanbul when I was there years ago...Turkey had a serious psychedelic period.

Juan Luis Guerra may have been recommended many years ago by music journalist Daisann McLane at a music festival in Cartagena, Colombia. His record with the hit songs “Visa Para Un Sueño” and “Ojala Que Llueva Cafe” had just come out.

Rachid Taha sadly just passed away. He was ubiquitous for a while there—flavors and songs from the Maghreb and the immigrant experience with a rock and roll attitude. Many of his best records were produced by Steve Hillage, from the psychedelic band Gong...a surprising combo, to me anyway.

Rosalía has been mentioned in the NY times...taking flamenco to a new level...great videos too.