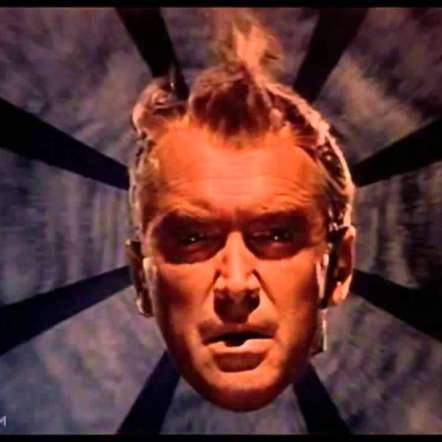 Herrmann is best known for the many Hitchcock soundtracks he did. Pretty much all of them memorable- the screeching violins for Psycho, to the headlong ostinatos leading to an erroneous destiny in North By Northwest stick in my own mind.

But he also did some less expected scores- the original Twilght Zone, the Day The Earth Stood Still, which features an ominous theremin and Taxi Driver which juxtaposes lyrical jazz with a frightening vision of NY at night. A bunch of stop motion Ray Harryhausen films and even Kill Bill! Citizen Kane (not one of my favorites) but hey.

Pre soundtracks he was the conductor of the CBS symphony orchestra and he brought the work of new and innovative composers to the public's attention. He only did scores when he had artistic control, which eventually led to a sad falling out with Hitchcock when the studio insisted on a pop score.