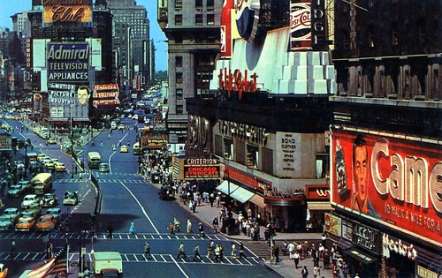 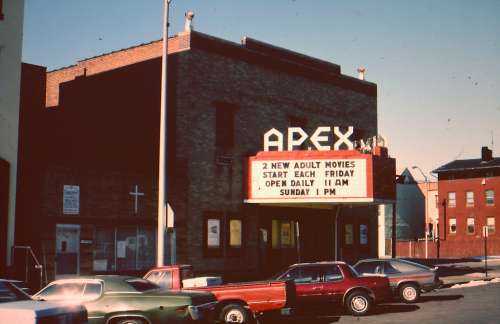 Here are songs with Broadway in the title. Stylistically, they are all over the map. “The Funky Broadway” came out when I was in high school in Baltimore. On the local radio, they played the Dyke and the Blazers version and I assumed they were referring to Broadway in Baltimore (see photo above), which is truly funky. They weren’t—though, they might have been referring to Broadway in Buffalo or the one in Phoenix where members of that band hailed from.

Of course, I knew that when most people referred to Broadway, they were referring to the one in New York. And even then, they are only referring to pretty much a 10 block stretch—from 40th Street to 50th Street—where the theaters are. The greatest concentration of theaters used to be on 42nd Street and after the cleanup, many of them were closed and turned into porn houses or 3rd run movie theaters. Now there are operating theaters there again, even if it feels like a Disney block for Disney shows. There are passages out of the back of some theaters that would allow performers and musicians to quickly move from one show to another. Or was it for the producers? Now the signage around Times Square is mandatory, so it’s even more impressive than when I first visited and there was a billboard with a man blowing smoke rings. Did I really see that? Or did I see it in movies and photos and only think I saw it myself? In other words, is Times Square a false memory? 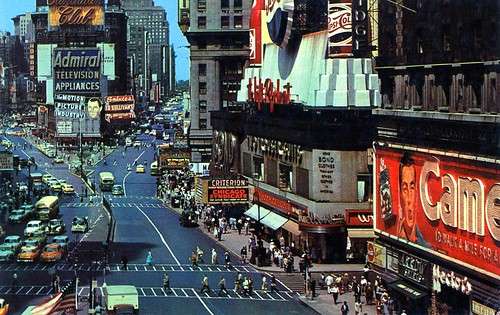 When I moved to New York, I worked for a while as an usher in a movie theater on East 34th Street. Once in a while, I had the job of taking the tickets, receipts, or sometimes the reels of film in big cans to the chain headquarters further uptown. I loved those trips—and from my POV, I was getting paid to be a tourist—to walk down Broadway. Broadway! This street was famous, I thought to myself, it’s in songs and movies, and now I’m walking on it! I’m here, where so many things I read about or heard happened began!