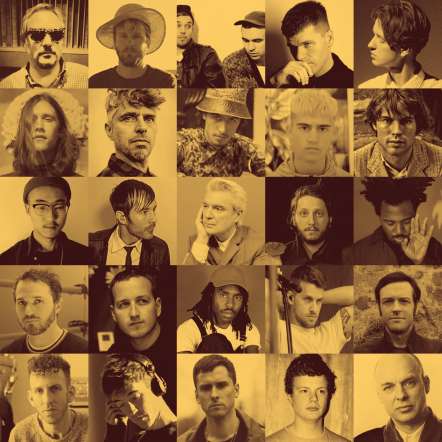 I have a new album out this month called American Utopia. I wrote and recorded it over a two year period and its evolution involved a lot of collaborators. Some were old friends and some were completely new to me. This playlist is a sample of their own work. A link to album credits—who played on what songs—is here.

The initial writing was triggered by some drum tracks that my friend Brian Eno made. They involve an algorithm that randomizes some parts of the playing/programming, which has the effect of making the programmed drums sound more human. Brian often countered this humanizing effect by adding effects to the drum sounds. Some similarly rhythm-focused tracks of his are included in this playlist.

These soon became songs, and at Pat Dillett’s studio, I invited others to help fill out the arrangements. Thomas Bartlett, a producer who sometimes records as Doveman, contributed as did drummers Mauro Refosco (Forro in the Dark, Atoms for Peace), Joey Waronker and Brian Wolfe who toured with St. Vincent and I.

Many months later, my friend Mattis With heard these songs and suggested I work with producer Rodaidh McDonald and invite some other musicians to collaborate as well. Some of it was done live, in studios in London and NY, with Isaiah Barr (leader of the ONYX Collective), Dev Hynes, Alex Epton (XXXChange) and Sampha. Young, electronic artists from all over also added their contributions.

Nathan Jenkins (Bullion) is a London-based producer and recording artist whose latest record is Loop de Loop. He’s worked with Sampha, Tricky and many others.

Dan Lopatin recently did the soundtrack for the intense film Good Time, which features a song with Iggy Pop. Dan is doing a major sound installation piece at the NY Armory later this year. 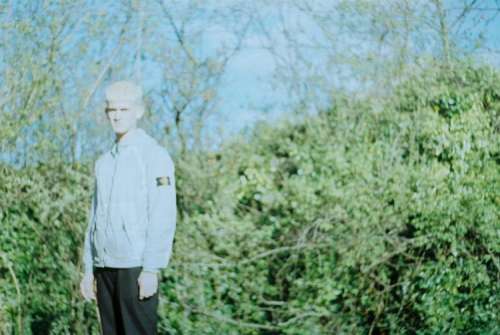 Happa is from Yorkshire, and much is made of the fact that he’s now 19 and lives with his family. At 15, he did a remix for Four Tet, so he’s been at it for a while. He credits Crohn's disease with giving him time to work on his music. Here’s a link to an interview with him. 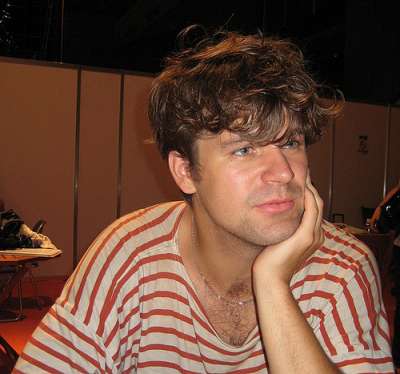 Jack Peñate, also from London, is a singer and songwriter. At his concerts, it is customary that audience members join him on stage during the song “Torn On The Platform”. He recently released a new mix of music entitled “A Thousand Faces” on his website.

Airhead (London!) is an electronic musician. His debut album, For Years, was released while he traveled across the globe as James Blake’s touring guitarist. 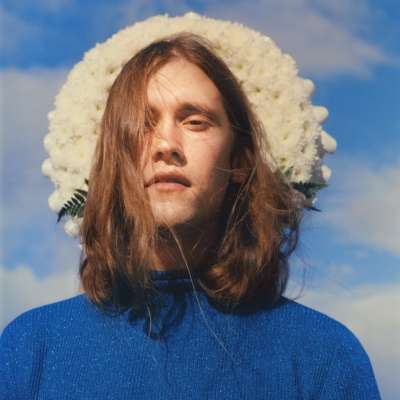 Jaakko is a Finnish artist and former tram driver. His eponymous debut album was released in 2015 and was shortlisted for the sixth Nordic Music Prize. He was the first Nordic act signed to Domino Records.

Amnesia Scanner are a German-based, Finnish duo who create cryptic, deconstructed club music. They describe themselves as “Xperienz Designers”. Their most recent release was an EP in 2016 called AS.

Koreless (Lewis Roberts) is a 26 year old, Glasgow-based electronic music producer and recording artist. In 2011 he released his first EP, 4D, and partnered with Sampha shortly after to put out collaborative works under the name Short Stories.

In the recording studio, I drew song grids in a notebook—labeled with verses, choruses, instrumental sections and endings. When the contributions of some of these artists arrived over the internet, I’d note which sections “worked” and which didn’t—in my opinion. So we often ended up with a whole slew of contributors to a song, a patchwork—and somehow it worked. Much thanks to Rodaidh McDonald and Alex Epton for helping coordinate what could have been a mess.

Though there were so many collaborators and contributors, much of the process was about stripping things away. Often we’d see how much we could remove while still maintaining the essence of the song. This seemed to give due emphasis to the vocals and lyrics—which is another story.

Grid photos from left to right: