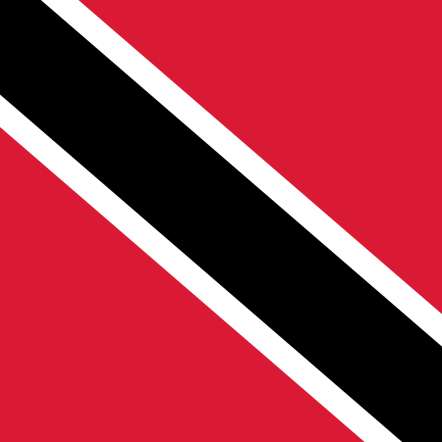 Trinidad and Tobago are two beautiful twin islands in the southern Caribbean, just 6 miles off the coast of South America. After being colonized by the Spanish, French, Dutch, Courlanders (today in modern-day Latvia) and British, the country has for the last hundreds of years been immigrated by East Indian, African, Chinese, Syrian, Caucasian, and Venezuelan people, among others, and not to mention people from other Caribbean countries like Grenada and St. Vincent—making for a very diverse population today and the incredibly vibrant culture that is Trinidad & Tobago.

Nowhere is this diversity more apparent than when you start to get hungry… Trinidad & Tobago is the home of a delicious "fast food" called ‘doubles’, which evolved from the Indian dish chole bhature. A double is two pieces of doughy, flatbread called 'bara', which are smothered in 'chana masala' and sprinkled with various toppings. They are served which are served via roadside carts throughout the cities (usually the sellers would take them around on bikes, but nowadays they have larger stalls). Within the doubles community in Port of Spain, the doubles toppings vary by area and, simply, who is making them (from what we could tell, for the many family-run doubles places we visited the bread and condiments were prepared by the mother beforehand, and then sold at the roadside stalls by the husband and/or their adult children). By the airport, the doubles traditionally comes with shado beni and tamarind with a squirt of pepper sauce, while the double spots near UWI (pronounced ewe-ee and stands for the University of West Indies) are fancier—there the doubles were topped with dried mango and pickled cucumber: 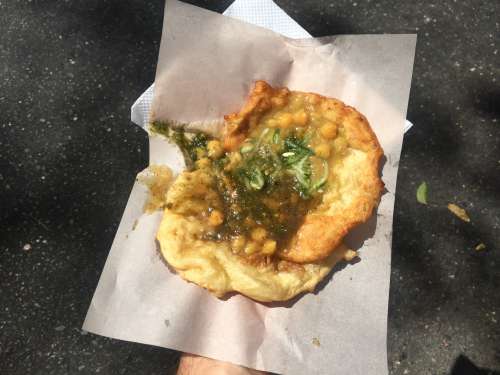 It's also no surprise, then, that Trinidadian music is wild too, and influenced from all over the world. It is the home of an extraordinary carnival that appears to take over the whole country year round, and the birth place of soca, calypso, and chutney, among other styles. For this month’s show, we have put together a collection of songs that we found while exploring Trinidad and Tobago last month—and some songs that we wish we had found while we were there (but that generously ‘appeared’ upon our return). Most of these tunes are probably not what you will hear around Trinidad today, and, many of these artists—aside from the legendary Merchant, Mighty Shadow, Lord Nelson and Lord Shorty—might still be quite unknown today, too. 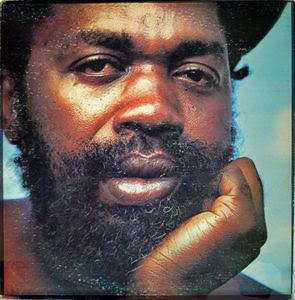