A nonpartisan project like For Freedoms is so important right now. With so many issues and forces driving us apart, here is something that might challenge us, while also allowing us to see what we have in common.

I am on a music tour and when I was in Oakland, I stopped by Creative Growth, as I often do when I’m there. If you're unfamiliar with this wonderful organization, you can read about how the studio works over at Reasons To Be Cheerful. It was mentioned that one of my favorite artists, William Scott, had labored long and hard on a piece that in his dreams would be a billboard. Needless to say, a light bulb switched on over my head and I wrote to ask if Hank Willis Thomas would approve of a collaboration… and as if in another world where these things actually come to pass—here we are.

William Scott’s work imagines a more loving and equal world—in the Bay area where he lives and beyond. There are celebrities, dead and alive, in this world; there is humor and joy. But for me what is most inspiring is that we see ordinary people, like ourselves and others we know: there is a place for all of us. And to spread this unspoken, but strongly felt message in these billboards is perfect. 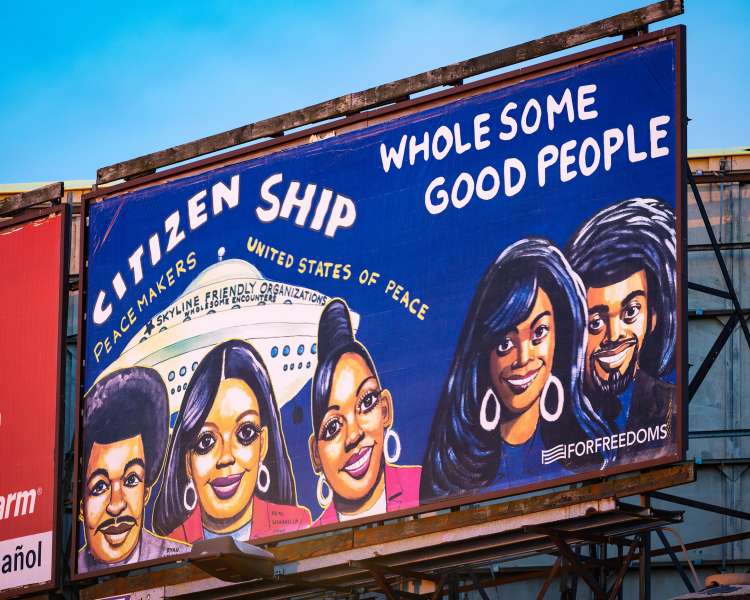 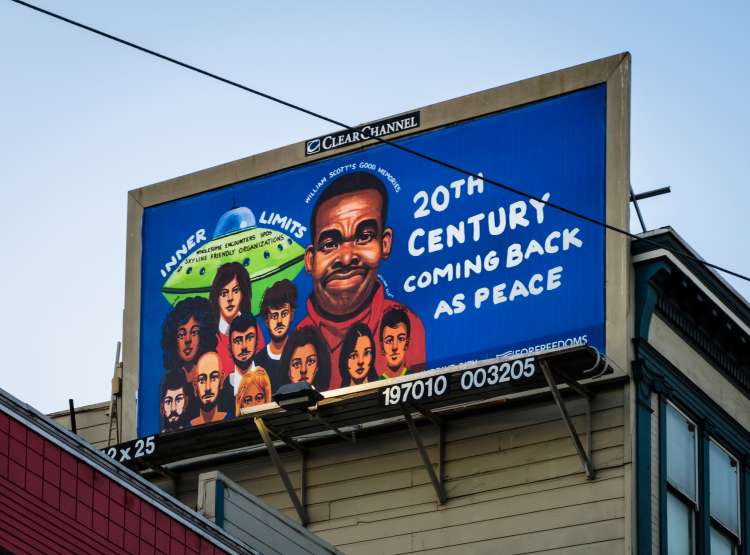 Pointing to his self-portrait “That’s you, right?”
That’s me, William Scott, the good memories.

What is a song that relates to your billboard? This can be a song that inspires you or your work, or even a song that you hope that people would be listening to as they pass by your billboard.
Beautiful Peace on Earth, written and performed by William Scott.