Due to the way Here Lies Love is presented, with more than half the audience mingling on the floor as they would in a music or dance club, there are often interactions—some humorous, some disturbing—amongst audience members and sometimes between audience members and the cast. Here are a few of those: 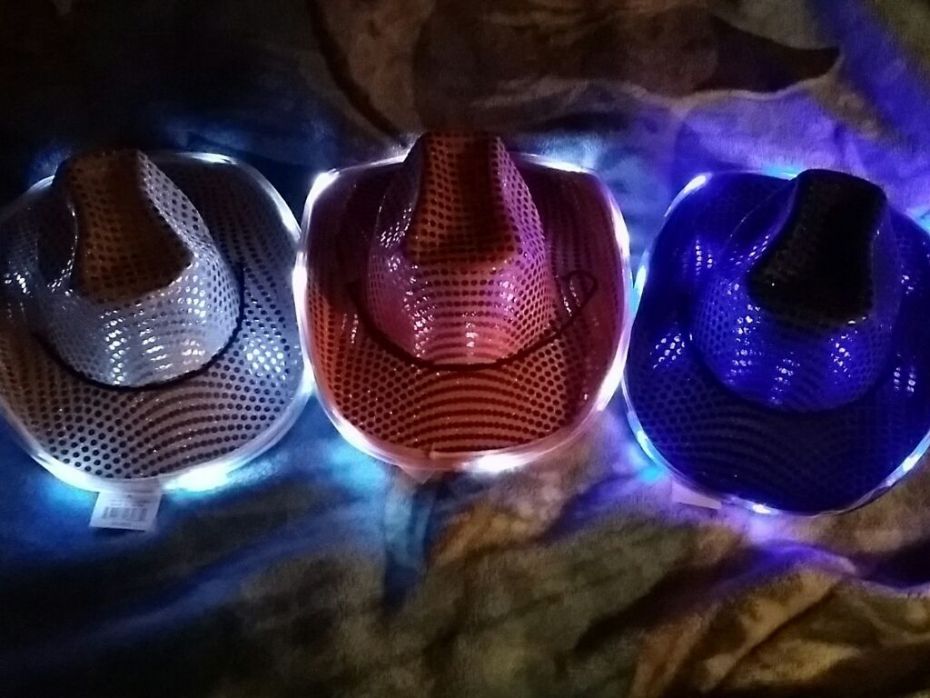 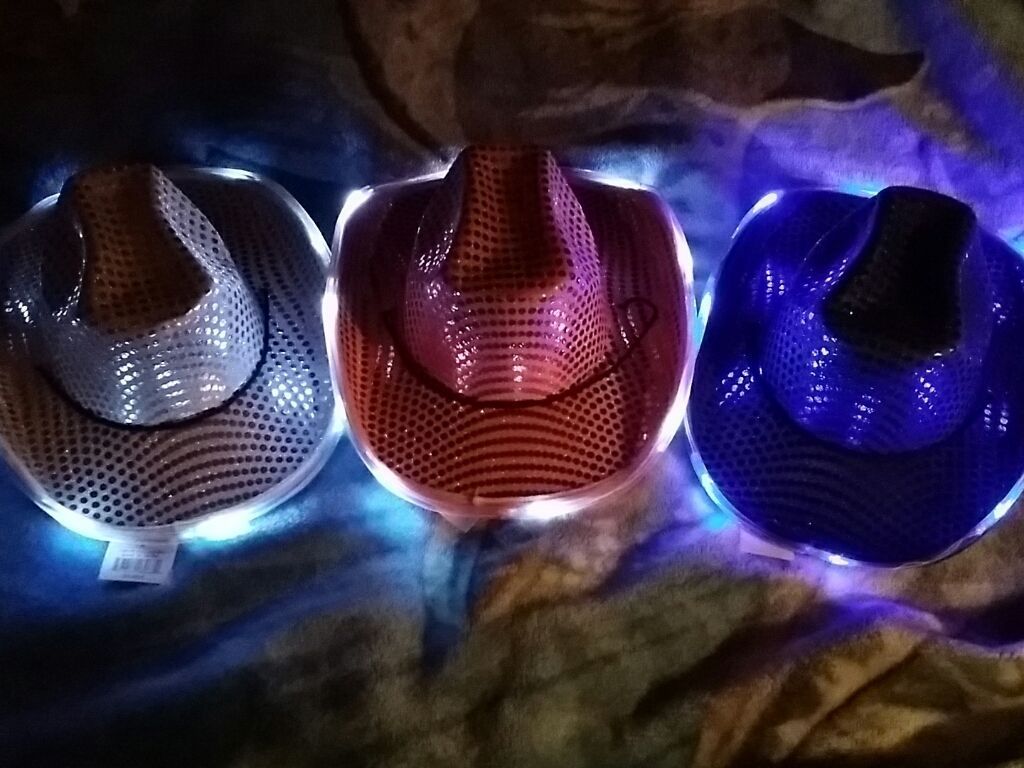 Saturday, December 13: News from Jane in London! We had two cowboys in the house tonight. One of them had flashing LED's on his Stetson. 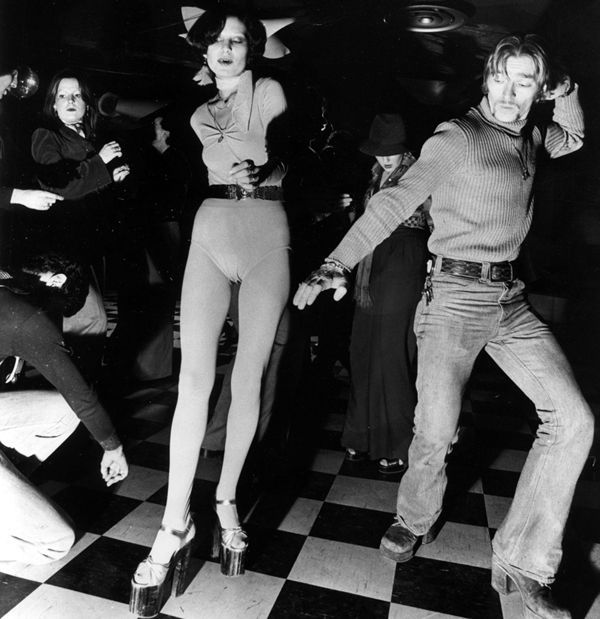 Monday, December 8: This just in from the London stage manager of Here Lies Love, Jane Suffling:

"There was one man disco dancing full-on to every number including the preshow."

I love that folks participate in this show in ways that are beyond conventional theater—they come prepared for a night of dancing and they sometimes shout at the actors in character!

BTW: The show won a Beyond Theatre award from the Evening Standard in London. Danny Boyle won one previously for his Olympic pageant in London. (I loved the part with the dancing NHS hospital beds!)

Link to the awards HERE.

Saturday, October 25: Turn It Off! This from Jay Hannaford, the house manager at the Dorfman space in the National Theatre, where Here Lies Love is currently running.

An audience member arrived early with his wife, who thought the show started at 7:30pm–he was very grumpy and asked me to turn the music off in the foyer. [The Remix album plays before the show in the lobby of the Dorman.] He said he hated musicals and Imelda Marcos and hadn’t wanted to come. 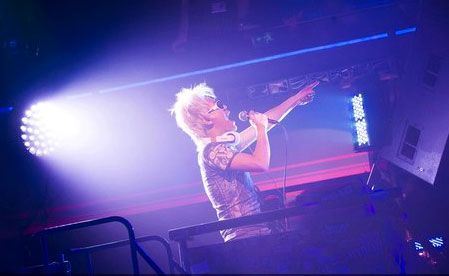 ​I was rather dreading him coming out during the show or at the end...

I chatted with him for a while and explained why I couldn’t turn the music off. We talked about various shows he had enjoyed. He hadn’t liked The James Plays in the Olivier either [Three plays about Scottish kings that recently completed their run at another theater in the complex.] I gave him some earplugs and said if he wanted he could come out at any time and have a coffee in the foyer—but to give the show a chance, as it was very enjoyable and he might like it.

I was rather dreading him coming out during the show or at the end, but when he did he was all smiles and said that he had loved it and he didn’t need the earplugs. I think his wife was very pleased because she said to me during the incoming that he was in a terrible mood with her for making him attend. A nice ending to a grumpy beginning–the magic of theatre!

Tuesday, October 21: Natalie Cortez, an ensemble member of the NY cast, heard through the grapevine about an incident that took place during this past Friday's early performance:

According to an usher, there were two 7- or 8-year-old boys who walked out after "Men Will Do Anything" (ed note: a number in the show where Imelda is surrounded by female ensemble members in blonde wigs and slinky black lingerie). The mother was overheard saying, "It's okay! They are only in their bathing suits. It's really okay." Then one of the boys responded, "You don't understand, mom! We will never un-see this!!" And they promptly escorted themselves out with a slightly bewildered mother following in their wake!

As a mother of a boy, I thought that was pretty funny.

Friday, October 17: Renée Albulario is an NY cast member and her brother Kuya was at the show a few weeks ago. This is his account of what he saw:

I’ve been to many performances of “Here Lies Love” at The Public Theater in New York City, as my sister is a member of the talented cast of this incredible show. As the show is about Philippine history, there are often groups of Filipinos in the audience who personally remember the events portrayed—sometimes their reactions can be intensely emotional. At a recent performance, a lady standing near me seemed particularly animated. There’s a moment in the show when “Imelda” orders that her friend be arrested and hauled away. She then utters one of the show’s few spoken lines (the musical is mostly sung-through), “Sometimes, we have to make sacrifices for the good of the country…our country.” After hearing this, the animated woman became so incensed that she crossed her arms defiantly, and said loud enough for me and a few others to hear, “Fuck you, Imelda!”…and with that, she turned her back to the stage and walked toward her friends, all of whom nodded their heads, and "mmm-hmmmed” in agreement. To be fair, she spoke out loud what we were all thinking. 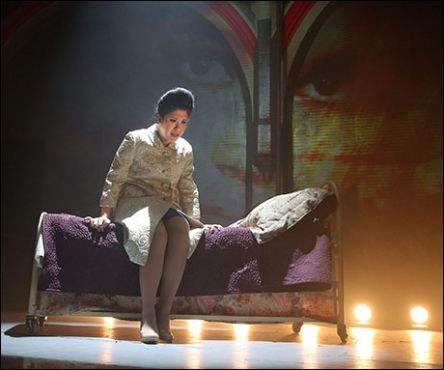 Thursday, July 10: I heard about this incident remotely—I’m in Manila with some of the rest of the creative team. We’re here casting for the London version of Here Lies Love, which will open in the fall at the National Theatre.

At a HLL performance a few days ago, an adult brought a young boy of about 8 or 9 years. Apparently the kid was having a wonderful time on the floor, smiling as he watched all the dancing and singing going on all around him. (The sex tape scene must have gone right over his head). But all that frivolous fun ended—as it historically did for many Filipinos in 1983—when Ninoy Aquino was assassinated when he tried to re-enter the Philippines.

Natalie Cortez, who plays Aurora (Aquino’s mother), does an amazing performance of a heartbreaking song during her son’s funeral procession. In the scene, the funeral party "rides" the flotilla—the whole East stage—which moves on wheels across the room and connects with the audience gathered on the West Stage. That’s when she spotted the young lad’s reaction to these events:

We were just moving the flotilla when it stopped for a second. I took that time to peruse the audience members. (I usually try to get a sense of what kind of energy I will encounter in the second I have to choose someone from the audience to pull forward.) I see an 8 or 9-year-old boy crying, and his mother was clutching him close to her. I assumed it was the gunshot and maybe Aquino's death that shocked him. He was embarrassed, but kept crying and trying to look away, so I was careful not to engage him. Later on, in the finale, he ended up sitting on the first step. He was still kind of crying! Not as violently, but there were tears in his eyes. Then, when we got the audience members up and they all started dancing, he looked horrified. His mom took him and started dancing with him and he looked mad at her for a second, but then he cracked a smile and started dancing with her and was perfectly happy by the end. I wonder what was going on in his mind.” -Natalie 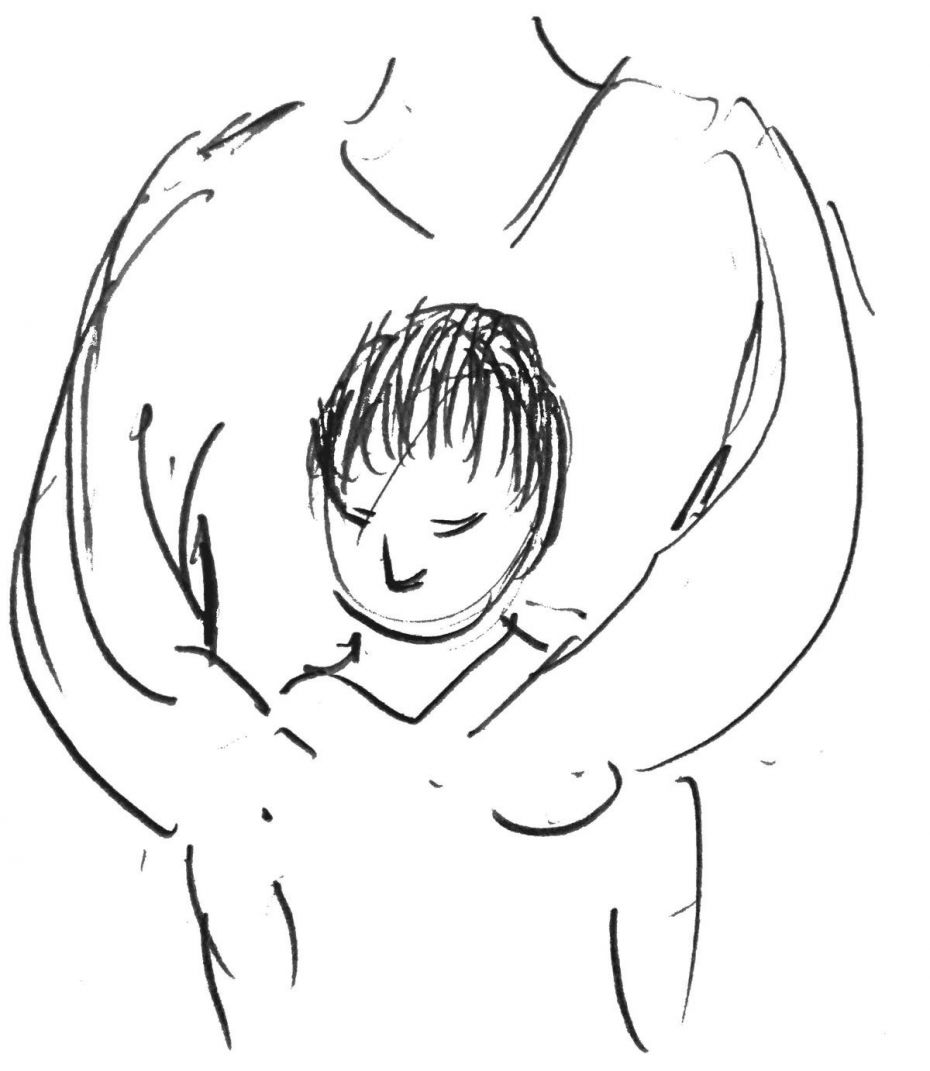 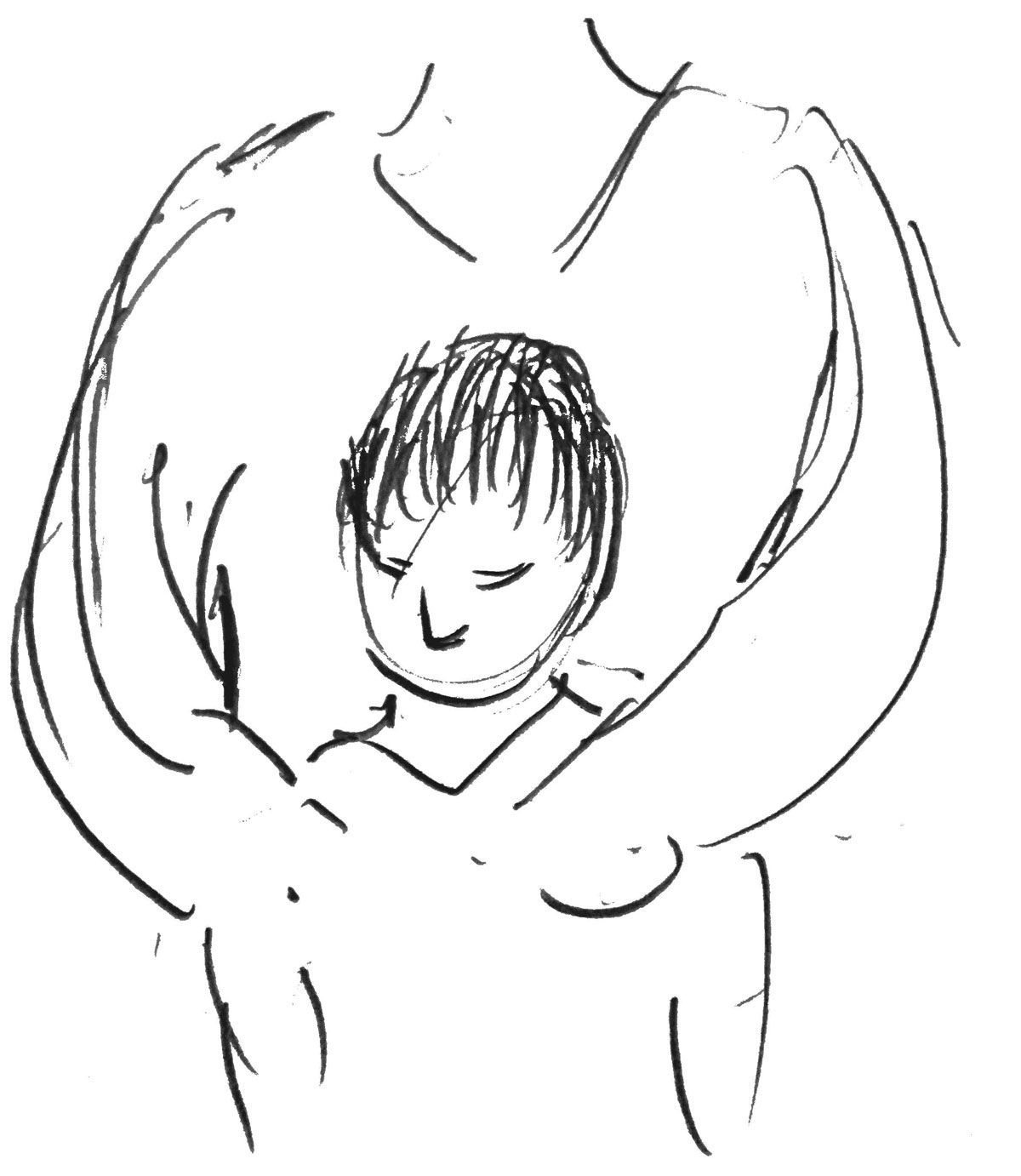 Saturday, May 24: [Ed note: most of the tales that follow are from David himself, but this one in particular comes from cast member Renée Albulario—we think it's fitting she tells this one herself!] As per usual, at the end of the show the cast goes into the audience for a big Here Lies Love sing-along! I spot an enthusiastic redhead, so I decide to dance next to her. We're singing to each other and clapping over our heads when the next thing I know, my finger is stuck in her hair. Whatever happened next felt like it happened in slow motion...

I start to pull my hand away, and to my shock and surprise I end up taking her long, curly, red hair with me. 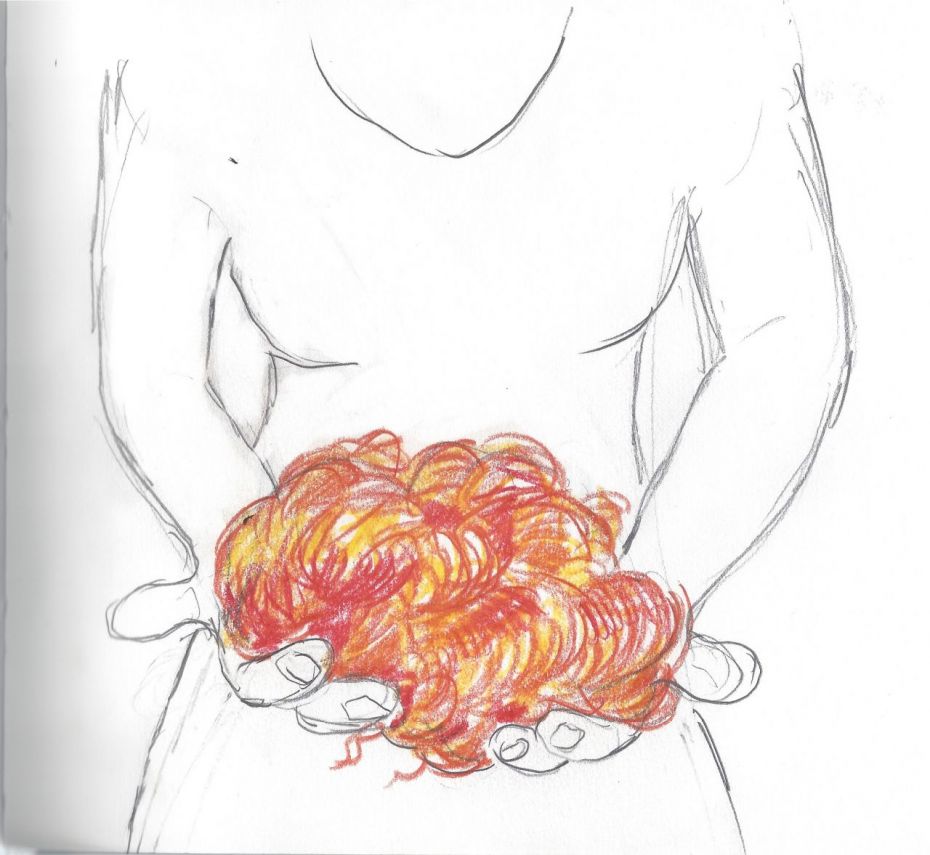 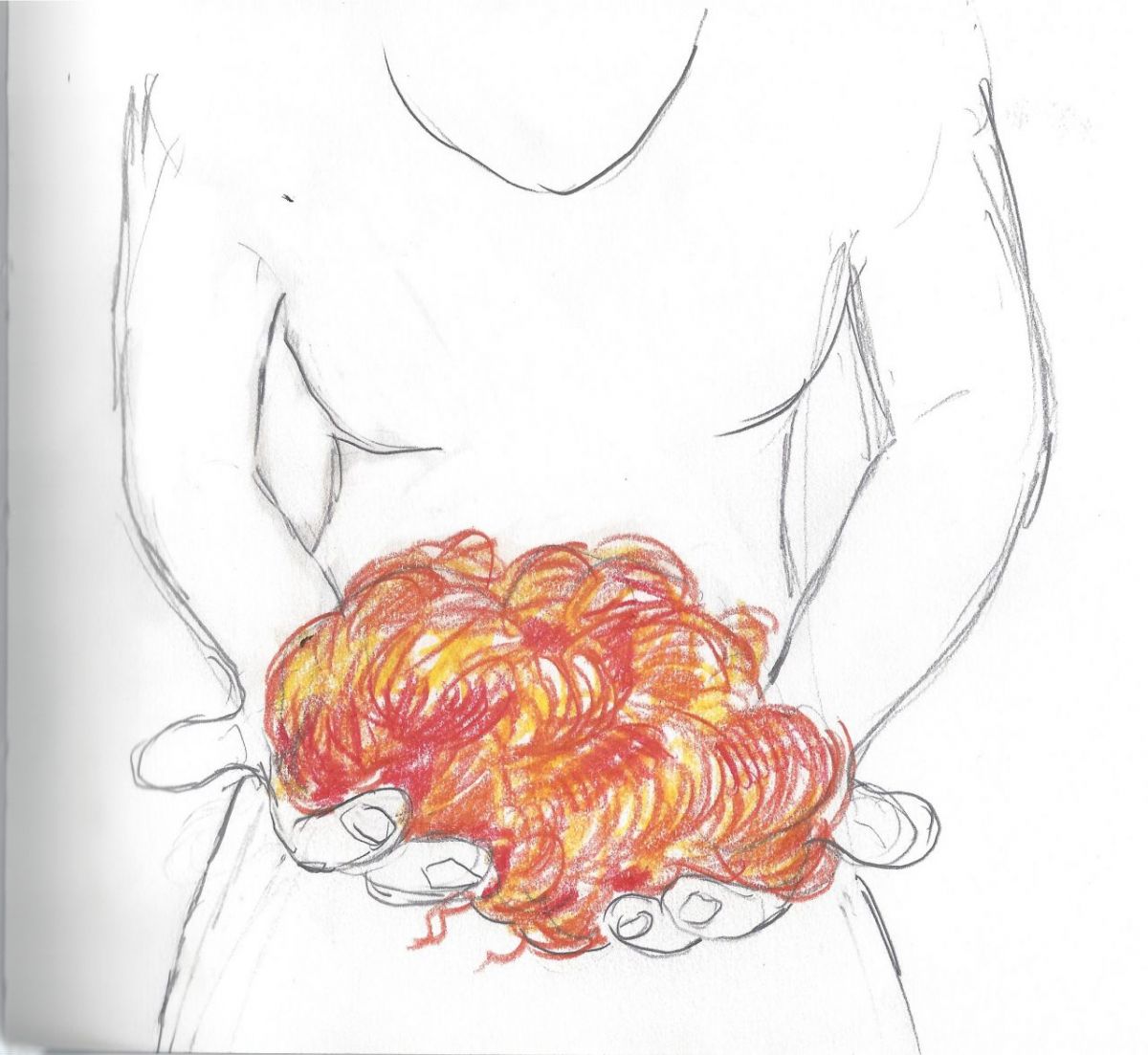 I look to Enrico [Rodriguez] and Natalie [Cortez] who look equally shocked, but we just keep singing. I look down and feel my eyes get huge as I look at the huge heap of red curls in my hands. How the hell did I just pull off her WIG!? I look up at the woman and thank God that she isn't bald. I hand the woman her hair and we struggle to put it back on her singing along all the while. Lucky for me, the song ends, and in the darkness of the blackout I gently grab her shoulders and whisper to her, "Oh my god. I am SO so sorry." To which she cheerfully replies, "That's okay!" I was definitely way more embarrassed than she was! I didn't even wait for the lights to come back up. I've never run out of the LuEsther so fast in my life! Now if that's not immersive theater, then I don't know what is. -Renée

Saturday, April 19: A woman and her friend were enjoying the show and one of our creative team noted that one of the two seemed to be behaving somewhat erratically (see sangria incident, below). At about the midpoint of the show, where Imelda is furious with her husband—the president—for having an affair, this woman began giving Jose Llana, who plays President Marcos, the finger. Later she was heard to shout out insults to other “characters” whom Imelda turned against—she was heard calling the actor playing Aquino as well as the actress who plays Imelda’s former maid and best friend Estrella a son of a bitch.

I’ve heard people yell at movie screens plenty of times, “Don’t open that door!” or, “Behind you!”—but at a theatrical show? I’m actually kind of flattered that audiences feel that involved. It happened previously…

Last spring there was an incident where an obvious Marcos loyalist attended one of the previews. As it was a preview, many of us on the creative team were on the floor, taking notes.

I noticed that that loyalist was getting more agitated as the show continued, and then I heard her shouting out loud, “Bullshit! Bullshit!” Woah, what’s going on? I saw her approach Alex, not knowing that he was the director, and I asked him what she said. “That’s NOT the way it happened!” she had told him. He then said to me, “If she didn’t like that she’s really not going to like what comes next!” (Aquino was about to be assassinated.) Sure enough, she left the theater at that point.

From the other political side, many folks who were active in the resistance to the Marcos dictatorship have also attended the show, as well as their children. More than once I’ve seen them raise their hands in an “L” sign with their thumb and index finger when the People Power Revolution scene takes place, joining our actress who plays Aquino’s mother. The “L” is the sign for Aquino’s political party, Laban. It was very much associated with the uprising that ousted the Marcoses. 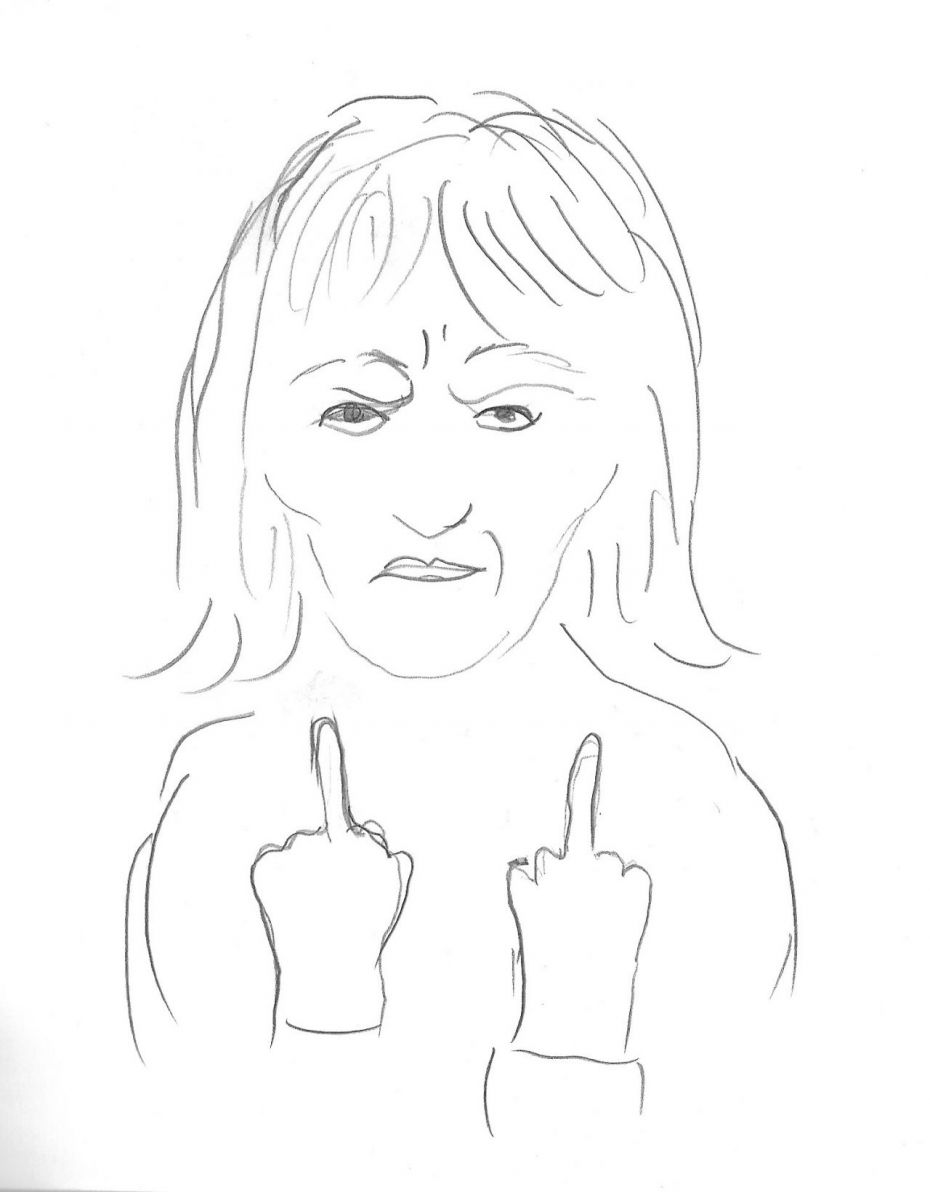 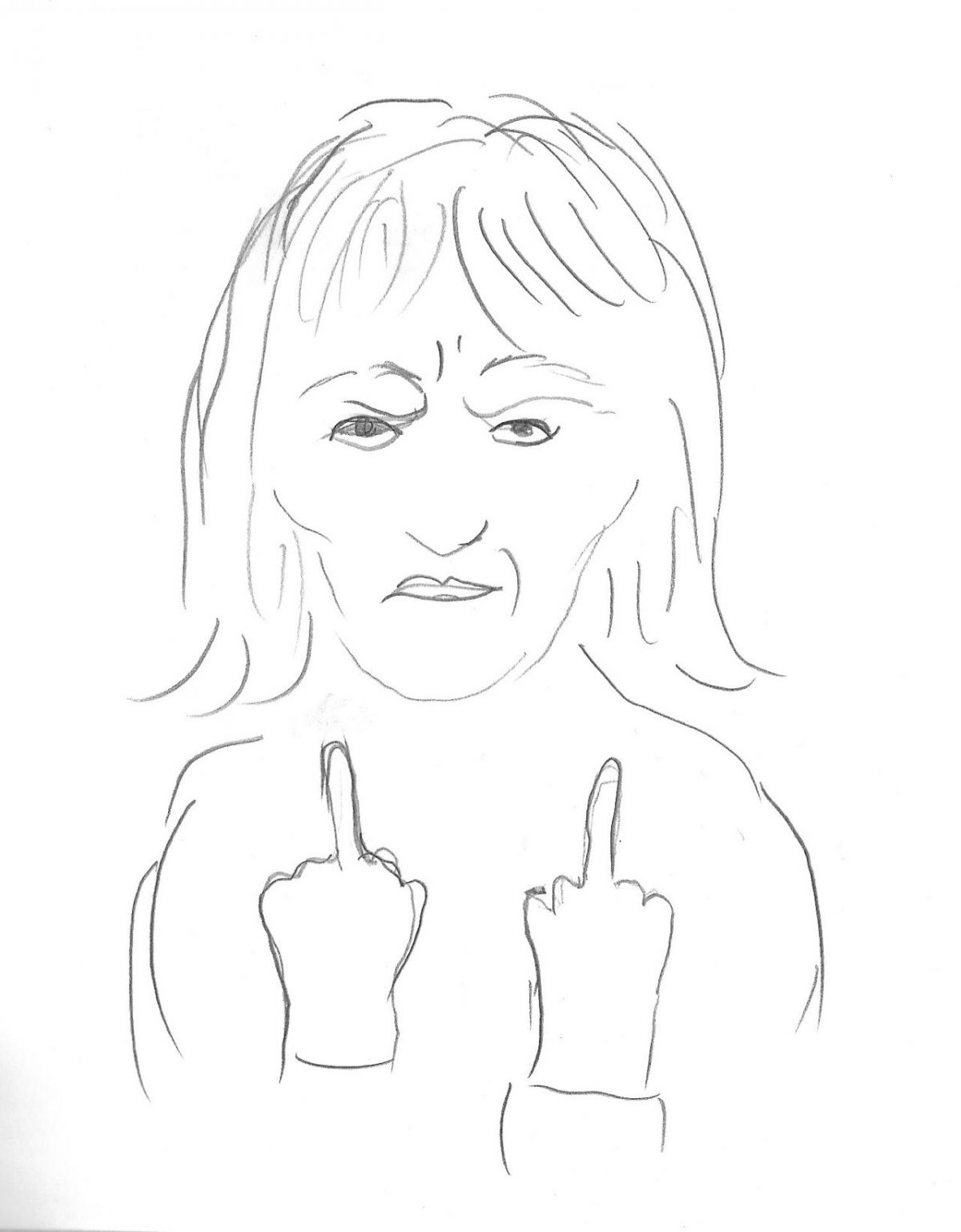 Thursday, April 17: A woman didn’t want to move when our pink jumpsuited audience “wrangler” asked her to go with the flow. (That you are obliged to do this is clearly announced at the top of the show). When a fellow audience member suggested she get with the program, tensions escalated, and the two were separated—though they continued to shoot dagger eyes at one another across the center platform.

Tuesday, April 15: A man passed out and we stopped the show. We don’t like to stop the show (“The show must go on!”), but due to the unconventional nature of the show, we had to make sure medical help could get in and out. Our hearts went out to this person and we wished them the best, until we heard that the incident was due to sangria intake combined with excitement—and maybe some dancing. (How much sangria, how quickly??) After hearing that, we were simply annoyed.

Monday, April 14: R. L. Stine and his family incorporated "God Draws Straight," the final number in Here Lies Love, into their seder dinner—reciting passages of the song to exemplify the liberation from bondage portion of the Passover ritual.