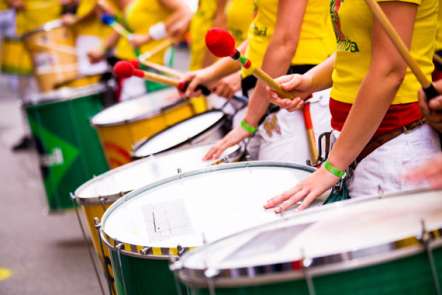 Whatever happens here in the US this November, we have to go on feeling our hips and dancing with one another. Here is a playlist that I hope will help with that.

Needless, the roots of samba lie with the African slaves who were brought to Brazil in huge numbers. It took form in Rio, though many of the Afro-Brazilians who helped create it came from Salvador, in the state of Bahia.

No surprise then that in some of these songs there are references to African deities (referred to as Orixas), the shrines where they are worshipped, and heroes of Afro Brazilan culture. The late Clara Nunes sings a song called Ijexa (pronounced ee-jay-sha) which is an Afro Brazilian rhythm (not technically samba) often associated with a mens fraternal organization in Salvador called Filhos de Ghandy (the sons of Gandhi).

I once asked Caetano Veloso if he could think of an example where a song had effected real change. He replied immediately that this song, written by Gilberto Gil and Nunes, drew attention to the organization when it was less popular than it is now. In danger of fading away, the song led to a revival of the organization and now they have thousands of members and parade taking over the streets in Salvador. 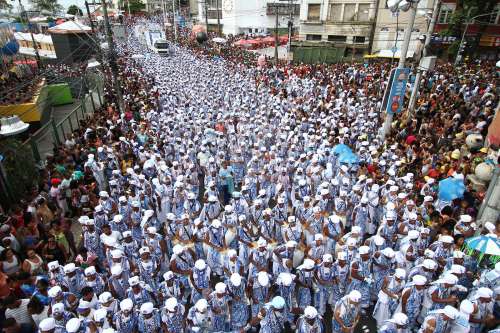 The song celebrates the fraternal group, it’s African roots and Zumbi; who led the resistance to slavery and established a quilombo, a settlement of free former slaves.

As an example of how convoluted Brazilian culture can be, this group is perfect. They are called the sons of Gandhi, inspired by his message of peace and understanding. They do community work and take action to stop violence against women. When I saw them, there was a man who looked exactly like Gandhi and dressed in little round glasses and a loincloth holding a staff. He stood on the side of the stage in the clubhouse while drummers played a West African rhythm, Ijexa, and sang - in Yoruba - songs dedicated to the Orixas, the Gods and Goddesses of that part of West Africa. The ijexa rhythm is often associated with Oshum, a feminine river Goddess. They wear turbans made from towels, with a blue jewel in the middle and at carnival they wheel along a large camel.

Those who revere authenticity will throw up their hands at all this mixing of iconography and references, but I find it beautiful. It makes sense on a level that transcends logic and rationality- which is what music does.