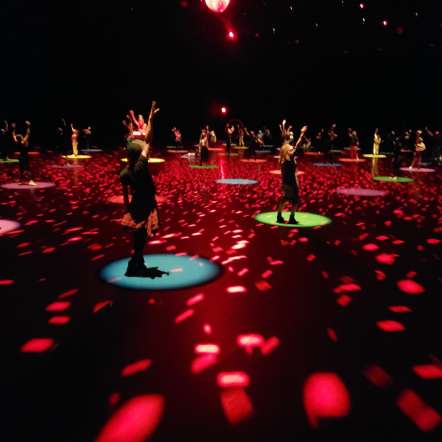 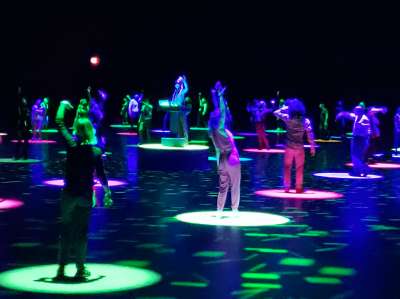 In the 80s I used to make mixtapes for myself to dance to. Partly for exercise, and partly to see if I happened to fall into some interesting and evocative movement - moves that I might use in a performance eventually. Often I would alternate Celia Cruz songs and Kanda Bongo Man mixtapes, but in this playlist you’ll find a lot of the old school disco funk that set me in motion.

Maybe it’s no surprise that my collaborators and I often drew up this kind of material in creating the Social! Distance Dance Club project that just ran at the NYC Park Ave Armory. Our DJ Natasha Diggs dives into these crates as well. None of the songs on this particular playlist were used in our show, but the ones we used are pretty similar.

Our show at the armory invited about 100 audience members to move and dance for an hour while socially distanced. The photo above is worth 1000 words. My voice over the tracks serves as sometimes instruction and sometimes crazy inspiration (I describe subway surfing in one section, for example).

The chance to move and dance again, with other people, strangers even, despite being distanced - was cathartic, and I have to say quite moving. We weren’t sure it would have that effect, but it did.

We hope other cities with similar large spaces will bring this show - so that more folks can experience this while we’re still ever so slowly emerging back into the world.

Here are some of the amazing press this show received. People are ready to dance!