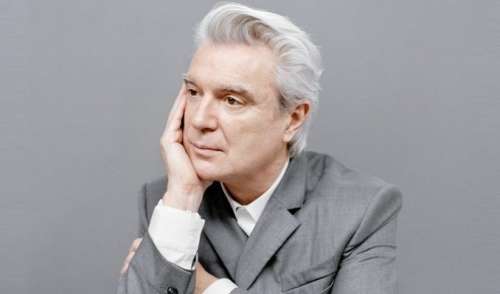 The former singer and guitarist of the now-defunct new-wave band Talking Heads brought quirky choreography and impressive endurance to the show — along with social commentary. Fans reciprocated with passion.

Coming onto the stage barefoot, in a gray suit, Byrne and his eleven supporting bandmates gave mostly older audience members a nostalgic trip back to Talking Heads concerts they attended in the ’80s, when the band ruled the rock world before breaking up in 1991.

Since then, Byrne has enjoyed a successful solo career, with this tour supporting his first album since 2004, American Utopia. The performance was musically complex, and Donald Trump's rise has fueled the singer's overtly political side.

Early on in the show, he told fans he had partnered with HeadCount, an organization registering voters at stops along his nationwide tour. "It's very important that everyone votes. Not just in national ones, but even local elections," Byrne said. "Please, I'll get down on my knees. I don't care what side or party you are. Let your voice be heard or shut up."

Byrne also poked fun at Paul Manafort, one of the most notorious men making headlines today, telling the crowd that he would be playing "Here Lies Love," a song about Imelda Marcos, the former first lady of the Philippines. He pointed out that Imelda Marcos's husband, Ferdinand, once ruled the country as dictator. "Paul Manafort did some work for them," Byrne said, laughing. "Nice résumé."

This line, poking fun at Manafort's past career making millions working for dictators around the world, fit in perfectly with the night's motif: music with a splash of politics.

If you have ever watched the 1984 Talking Heads concert film Stop Making Sense, a musical and cinematic masterpiece, then you will know how much importance Byrne places on intricately staged choreography. His performance at Red Rocks had most of those same elements. Bandmembers danced in unison, switching between traditional African dance moves, theatrical acting and walking like zombies.

"He moves pretty good for a 66-year-old," said concert-goer Bruce, 71, who flew out from New Jersey to attend the show with his daughter. 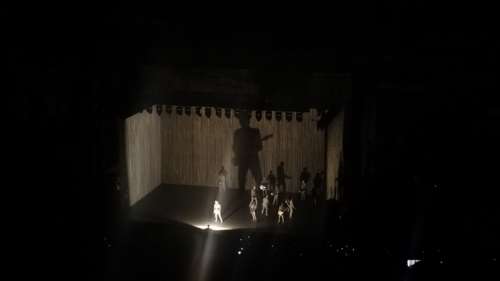 No matter what song it was, Byrne kept on moving. Not aimlessly, but with purpose. When the timeless melody of "This Must Be the Place" began, couples kissed and parents danced with their kids in their arms as they remembered times past.

Nailing the song, Byrne comedically shook his hands, as though he was keeping the beat with maracas. At another point, he did the retro dance move the monkey, evoking laughter from the audience.

Moving just after that to "Once in a Lifetime," another Talking Heads classic, Byrne purposely stumbled across the stage, asking himself, "How did I get here?" And it's in moments like this that you realize Byrne is more than just a musician. He's an actor, too, throwing himself into the various roles each song demands. Sometimes it's comedic; other times it's satirical.

He switches between poking fun at the American dream with lyrics like, "And you may tell yourself/This is not my beautiful house!/And you may tell yourself/This is not my beautiful wife!" while also not taking himself too seriously and still making the crowd laugh. Few people can get away with singing patently absurd lyrics like "The brain of a chicken and the dick of a donkey/A pig in a blanket and that's why you want me," from the song "Every Day Is a Miracle," off American Utopia.

The audience did not get much of a chance to get to know the personalities of Byrne's bandmembers. Although he introduced his bandmates, for better or worse, Byrne was front and center for most of the concert. And that's how it was meant to be.

The concert was entertaining throughout. To cap things off, Byrne, carrying a red drum, came back out with his whole ensemble for a second encore to cover Janelle Monáe's "Hell You Talmbout."

New Jersey fan Bruce was dead on when he summed up Byrne's show in three words: "He got political."

David Byrne is back at Red Rocks on Tuesday, August 28.