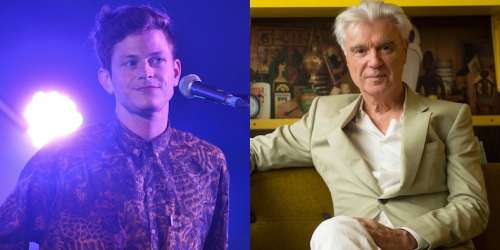 Perfume Genius has announced a series of new tour dates. This spring, Mike Hadreas will perform several shows with David Byrne on the world tour behind his upcoming album American Utopia. In a tweet today, Byrne wrote, “[Perfume Genius’] gorgeous songs are filled with unexpected sounds and deeply personal—and his costumes would have made [David Bowie] jealous. I am looking forward to sharing the stage with Mike during some #AmericanUtopia dates this Spring!” Check out Perfume Genius’ itinerary below, which also includes shows with Big Thief and Belle and Sebastian.

Read about Perfume Genius in “The Year ‘Indie Rock’ Meant Something Different” on the Pitch. 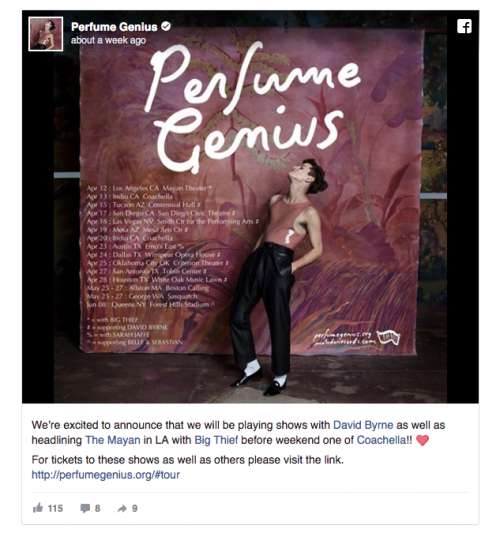