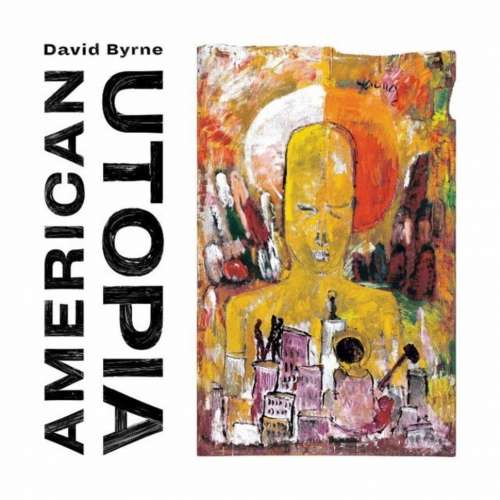 The idea of utopia in America in 2018 seems so radically opposed to the reality of America in 2018 that the initial reaction to the title of David Byrne’s latest studio album is to ask if the artist is being ironic. That’s not the intention. Instead, American Utopia is an extension of Byrne’s ongoing series Reasons To Be Cheerful, an attempt to find the good and optimism in the world in 2018. As such, American Utopia might be one of Byrne’s most joyous, celebratory releases. There’s a technicolour aesthetic to the album that perhaps hasn’t often been seen since Sgt Pepper’s Lonely Hearts Club Band.

That isn’t to say that American Utopia doesn’t deal with darker themes. ‘Bullet’, for example, describes the path of the titular bullet passing through a man. It’s an oddly catchy number with a jolly guitar riff and upbeat percussion. Byrne’s vocals meanwhile, are not only delivered in a very matter-of-fact way, but describe the bullet travelling “through him on it’s merry way”. There’s a darkly comic edge to the song which fits the thematic juxtaposition that runs throughout the song. The bullet violent pierces skin that has been tenderly touched and passes through a brain divided by love and hate.

There are a few comic flourishes on American Utopia, though they don’t always land as successfully as on ‘Bullet’. ‘Every Day Is A Miracle’, which imagines an absurdist view of the world and consciousness from the viewpoint of a chicken, cockroach and a tongue “roaming around inside in your mouth”, largely works in its verses, but the chorus feels a little unimaginative with faux-philosophic lyrics and a generic, summery instrumental. ‘Dog’s Mind’ perhaps fares even worse and stands as the weakest track on the album. The sentiment of the song isn’t necessarily a bad one, but it seems to skew too closely to the previous track with Byrne comparing our wonder at the world and our conception of it to that of a dog.

It’s a shame because both of these tracks appear relatively early on the record, meaning that it’s not really until the fifth track, ‘This Is That’, that the album really hits stride. This track in particular is a standout, an introspective rumination on identity and belonging, with a wonderful instrumental of clanging percussion and electronic keys that suggests a larger influence from Oneohtrix Point Never - one of many collaborators on the record.

Whilst this is very clearly labelled as a solo record, there’s no discounting the influence Byrne’s collaborators have had on the record. The variety of sounds and genres that the record references gives it this restless energy as it flits between styles. ‘It’s Not Dark Up Here’ is a really good example of this. The first half of the track, with it’s art-punk guitar riff and Byrne’s deep, weird vocal performance recalls Speaking In Tongues era Talking Heads (‘Swamp’ in particular). Yet the second half brings in subtle keyboard melodies and strings for a brighter, more uplifting finale.

‘Doing The Right Thing’ has a similar shift in tone, moving from sweet orchestral pop that combines quiet guitar melodies and swirling strings before taking a sudden left-turn into buzzing synths and electronic keyboard for a surprising middle-eight. Whilst David Byrne has been making music for over forty years now, the fact that he’s still able to surprise and confound his audience speaks to the creative spirit and brilliance that has characterised his career. While American Utopia has its missteps it is, on the whole, a joyous record that only Byrne could make. American Utopia is an album that is inquisitive not just about the world of today but of music’s power to transport and uplift us.