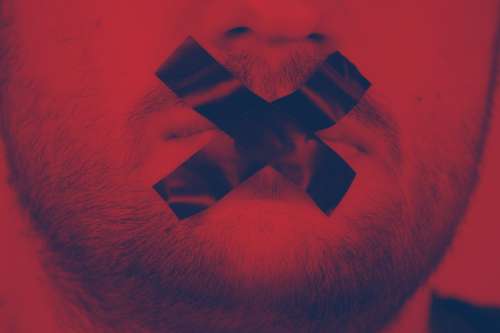 Earlier this week, David Byrne released a playlist called “The Beautiful Shitholes” highlighting music from Africa and the Caribbean. “I assume I don’t have to explain where the shithole reference came from,” he wrote, in a statement introducing the songs with a succinct condemnation of our racist president and the members of the Republican Party who support and enable him. On the one hand, I was excited to dig into the collection and fill my day with what’s essentially a celebration of artists that don’t often get their due props in the U.S. There were musicians whose names I didn’t recognize, as well as those I did such as compas artist and former Haitian president Michel Martelly, aka Sweet Micky. The playlist was a political statement, and one that few people in Byrne’s privileged position would have had the creativity to take.

At the same time… shitholes. It’s a corny title, the type of kind gesture that also makes you want to roll your eyes and shrug at the same time. It’s the same feeling that hit me when Trump’s comments about Caribbean and African nations first came out, and I saw tweets proudly standing up for these so-maligned “shithole countries” or display names changed to variations on “Proud Shitholer.” It’s the feeling I got when I saw photos online from bookstores showing solidarity by featuring Caribbean and African authors under a placard marked “shithole countries.” It’s the feeling I got when, at the end of U2’s Grammy’s performance, Bono loudly proclaimed — with the help of a stars and stripes megaphone — “Blessed are the shithole countries, for they gave us the American Dream.” And it’s a feeling I get as I continue to see the ways people have tried to bring honor to the word “shitholes,” such as during counterterrorism analyst Philip Mudd’s appearance on CNN when he said he’d like to own a shirt that says “I’m a shitholer” to declare his pride in being descended from Italy. (Mr. Mudd, if you’re reading, a reasonable substitute is for sale here.) Or when I saw a Huffington Post op-ed addressed “To My Fellow Shitholers.” Or when I saw that some innocent soul had included “More widely, usually a self-assertion expressing pride or claiming a badge of honor” in the extremely new Urban Dictionary definition for “shitholer.”

“Shitholers built this country 110 years ago... I'm proud to be a shitholer.”
— CNN Analyst Philip Mudd

You can go on, and on. That “shithole” might be a word we use at all is part of a larger trend of ironic reclamation that began during Trump’s rise, and has continued through his presidency. Think of phrases like “nasty woman” or “nevertheless, she persisted” as they’re now seen on thousands of tote bags around the country, worn like badges of honor meant to show strangers that, no, not all Americans have been fallen in step with the bad men in power. In the aggregate, waving these words around are meant to reclaim a supposedly evaporating American identity. If the racist president uses “shithole” in a mean way, then you, the well-informed citizen, can use it as a compliment. It’s a well-meaning gesture, but incredibly tone deaf. Who, really, wants to say they’re from a shithole, even if it’s with a wink? One imagines a future where Trump calls John Lewis a “big-time idiot man” leading thousands of people to proudly purchase mugs that say “big-time idiot man” or something.

As a Haitian American, I do appreciate the intent and message, but it doesn’t make me look at the word any less sideways, or feel even a smidge of pride. It’s not a word that needs reclaiming; unlike historic slurs like “bitch” and “queer,” the word “shithole” only became popular extremely recently. And the most visible entities to attempt to reclaim it are doing so on behalf those who are being marginalized, rather than stemming full-force from the group whose humanity is at stake. This isn’t a call for more Caribbean and African people to make a show of reclaiming “shithole;” that would be weird, too. But in an era rife with both ironic and earnest appropriation of black pain, the small but notable attempt to make “shithole” a word for black immigrants to be proud of — and one that by proxy promises to assuage some American guilt — should fade quietly but quickly, never to be attempted again. There are better ways to make people feel better than by repeating the insult while patting them on the back.