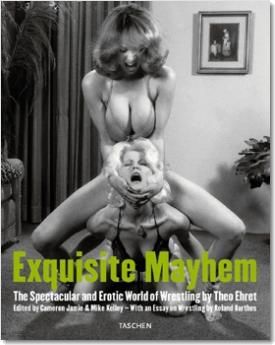 "I was playing some of the instrumental tracks to a mutual friend of ours. He was like, 'Man, you know who'd kill this? David Byrne'. I was like, 'Yeah right, and then I'll get Jimi Hendrix to play guitar'. But he called David, who said he'd do it and then I crapped my pants… And then I changed my pants and we recorded the song. It's amazing, David's been a huge influence on not just me but everyone else on this record. When I first heard what he'd done it blew my mind. Then it blew my mind all over again two weeks later when I realised what the lyrics are about. The song is fucking twisted. There's actually an old porno magazine from the '70s called Apartment Wrestling—it featured scantily-clad girls grappling and having pillow fights with each other. Pretty far out."