BRIAN AND DAVID: HOW & WHY

This record was born as a dinner conversation. While dining in New York with David and some other friends, I mentioned that I had accumulated a lot of music, which, despite my intentions, I had never formed into songs. David volunteered to give them a try. By and large, we stuck to our separate territories: I worked on the instrumentals, and he generally focused on the lyrics and vocals. This arrangement seemed to work well.

Upon starting this project, we quickly realized we were making something like electronic gospel, music in which singing becomes the central event, but whose sonic landscapes are atypical of such vocal-centered tracks. This notion tapped into my long love affair with gospel music, which, curiously, was inadvertently initiated by David and the Talking Heads.

“Surrender to His Will,” by Reverend Maceo Woods and The Christian Tabernacle Choir, was the first gospel song I ever really responded to. I heard it on a distant South American radio station whilst in Compass Point, Nassau, working with Talking Heads on the album More Songs about Buildings and Food. Spending time with them, and becoming aware of their musical interests, opened my ears to genres and styles I hadn't really noticed up to that point, including gospel. So, it's fitting that the circle should close with this record.

As a foreigner in New York — where I ended up shortly after recording More Songs — I was surprised by how little attention Americans gave to their own great indigenous music. It was even slightly uncool, as though the endorsement of gospel necessarily implied support of its associated religious framework. Thanks to Reverend Woods however, I began to see gospel music as conveying the act of surrender more than the act of worship; and this, of course, intrigued me, and has informed my music ever since. Perhaps it's the reason I use modes and chords that are easy to follow and harmonize with. I want music to be inviting, to offer the listener a place inside it. I think David responded to this with sensitivity and skill, and his natural edginess made those familiar progressions sound new to me once again. 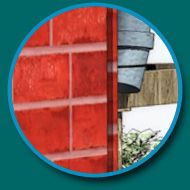 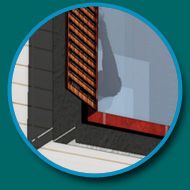 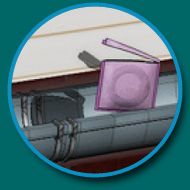 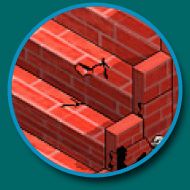 A couple of years ago, I passed through London and, having reconnected with Brian Eno during the Bush of Ghosts re-release, I popped round his office/studio to hear what he'd been working on. Just before parting, I recall Brian mentioning that he had accumulated a large number of instrumental tracks. Since Brian, in his own words, “hates writing words,” I suggested having a go at some lyrics and melodies for a few tracks, and we'd take it from there. If Brian wasn't pleased with the initial results, then, well that would be that.

Back in New York, Brian sent me a CD with some instrumentals — stereo rough mixes to be precise — and I listened to them on and off, trying to get a sense for the story the music was trying to tell. The tracks weren't ambient, as one might expect, and I sensed a song structure might emerge from these very evocative seeds. Emergence is a popular term these days, but it does almost perfectly evoke how musicians and songwriters cultivate the latent undertones of a basic musical kernel into something only hinted at in the song's humble beginnings. And thus, writers and musicians are often quoted as saying they feel only partially responsible for the creation of the works they've grown and nurtured.

After living with some of his music for almost a year, I eventually wrote back to Brian. I told him the tracks inspired a sort of folk-electronic-gospel feeling, and suggested that my words and tunes might reflect this, and did that direction seem OK?

I attacked the first song, which I think Brian had called “And Suddenly.” I'd just finished reading Dave Eggers's book What is the What?, about a young man named Valentino and his hallucinatory and horrific journey from his destroyed village in Darfur to Atlanta, Georgia and beyond. Valentino's story was harrowing but also beautiful, uplifting (in a un-corny way), and at times even funny. I think I may have been under the spell of his story when I sat down in front of my microphone.

The result is “One Fine Day.” I sang a few harmonies in the choruses to make it sound fuller and better and sent it off to Brian.

We were both thrilled: the gospel-folk-electronic seed had sprung to life, fully articulated here in this song. The words had some Biblical allusions, but nothing too overt. We agreed to continue, for the time being at least.

In the coming months, I produced an event about bicycles for The New Yorker Festival at Town Hall, to which I invited the Young at Heart Chorus to sing Queen's “Bicycle Race.” For our encore we did “One Fine Day,” which has an added resonance when performed by a choir with an average age of 80 years.

I wrote and recorded some more, completing “My Big Nurse” and “Life Is Long” next. It soon became apparent that we were not only happy with the results, but had found our path and would continue to follow it. We agreed on a fairly clear division of labor: music, Brian, vocals and lyrics, me.

The foundations of some of the tracks are much like those of traditional folk, country, or gospel songs before these styles became harmonically sophisticated. Brian's chord structures were unlike anything I would have chosen myself, so I was pushed in a new direction, asked to face the unfamiliar, and this, of course, was a good thing. The challenge was more emotional than technical: to write simple, heartfelt tunes without drawing on cliché. The results, in many cases, are uplifting, hopeful, and positive, even though some lyrics describe cars exploding, war, and similarly dark scenarios.

These songs have elements of our previous work — no surprise there — but something new has emerged here as well. Where does the sanguine and heartening tone come from, particularly in these troubled times? As I hinted at above, some of my lyrics and melodies were a response to what I sensed lay buried in the music. My task was to bring forth into language what was originally non-verbal. In the end, we have made something together that neither of us could have made on our own.