Having usually felt that these images (taken over years and years of constant picture-taking) are best viewed in series, I often show them as grids, rows or columns of images. Or collect them in a book, where they can be viewed together. Occasionally select groupings have been shown as lightboxes or grouped together. -DB

"Like Byrne’s music, his photographs defy easy categorization. He often processes his photos with techniques such as the color-enhancing Cibachrome or combines them with digital effects. He frequently mixes text with images, usually bringing the same cerebral, ironic tone that has defined much of his songwriting. Many of his images involve everyday settings and objects in incongruous contexts–oddly cropped of positioned. The results are extremely varied: 12 hotel rooms, shown in a tight group, every one competing for world’s ugliest bedspread. (Viewed by themselves, the patterns don’t seem offensive). A giant pair of scissors hovering in the sky above an iconic-looking farm. Parking lots and cafeterias devoid of human beings. What appear to be Lady Di’s eyes — and a bit of the bridge of her nose." -Rachel Uslan, The Los Angeles Times 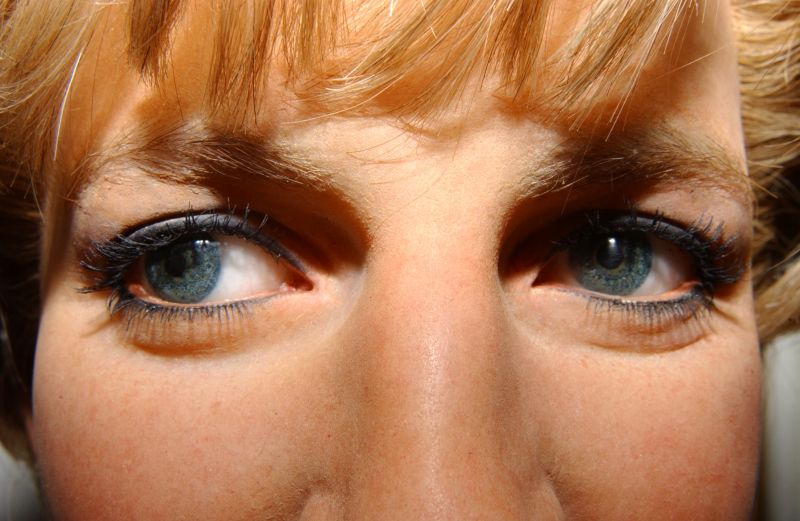 "When I remark that viewers will inevitably look for autobiographical insights as they scan the assorted images, Byrne acknowledges as much with body language that seems to say, Oh, well, that goes with the territory. So, I look at some of the pictures with him. There’s a tightly cropped shot of an advertisement in which a woman is talking on a cellular phone; the words out of touch are written on her forehead. There’s a shot of a road sign reading south of here. There’s a picture of a swimming pool partly filled with brackish water; a brick grotto containing a statue of the Virgin Mary sits poolside. There are many photos of billboards, highways, parking garages, kitschy landscape paintings. This is vernacular America, the unbeautiful. Each photo cold be a Byrne lyric that makes the mundane seem exotic." -Mike Giuliano, Baltimore City Paper