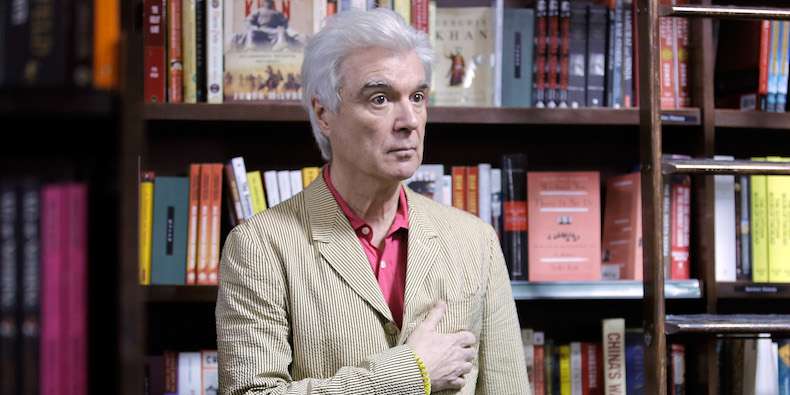 David Byrne has announced a new musical, Saint Joan. Set for premiere at the Public Theater in New York City on February 14, 2017, it will tell the story of Joan of Arc. In an email to fans, Byrne wrote, it will have “almost all contemporary music with very little spoken text.” He also explained why he chose to write about the legendary figure now:

Why has this story endured over centuries and been made into so many plays and movies? Because it’s about someone—a nobody, a teenage girl—who inspired others to act, to overthrow their oppressors and take charge of their lives. She transforms from an innocent, into an androgynous warrior, and finally a martyr. Joan’s story is about the power of the individual to make a difference and (for me) the hubris and sometimes oversteps that often go along with that. In other words—it’s completely relevant.

The ending to Joan of Arc’s tale is well known, but Byrne has offered the finale for his retelling: “On stage, imagine a singer—a contemporary young woman—backed by her inspired band, ultimately immolated at the end of her concert.”

Saint Joan is Byrne’s second foray into musical theater. Back in 2013, he collaborated with Fatboy Slim for Here Lies Love, which was also performed at the Public Theater. Alex Timber, who directed Here Lies Love, will rejoin Byrne as director for Saint Joan.