Bush of Ghosts - Making Of

1979 - Talking Heads had just completed what for us was a long world wide tour after our Fear Of Music record came out. I 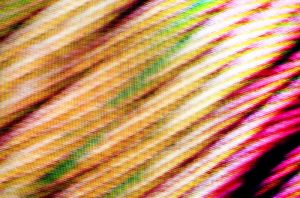 then took some time to collapse and recuperate in NY. During this time Brian and Jon Hassel and I began to spend some time together enthusiastically exchanging cassettes and vinyl that we had each found. I seem to remember Jon playing some Milton Nasciamento, which I didn’t get at the time. I myself had a new fascination with African pop music, although aside from Fela there was little information available about any of the artists. There was no World Music guides at this point and no internet. We passed around various records, many on the excellent Ocora label- these were often recordings of material previously found on field recordings, but this French label was treating them as if they were “classical” music- the quality of the performances and of the recordings were amazing. I had grown up on the Nonesuch and Folkways field recordings but the production values on these were on a whole other level.

Maybe inspired by these records Brain, Jon and I fantasized about making a series of recordings based on an imaginary culture. We’d make the record and try to pass it off anonymously as the genuine article. This appealed for a number of reasons- it had a lovely Borges like quality, like one of his stories in which an encyclopedia is discovered that describes a hitherto unknown land. It also appealed, I suspect, partly because it would make us as “authors” more or less invisible. In our imaginings we’d release a record with detailed liner notes explaining the way music functioned in that culture and how it was produced- the kind of extensive notes common on those kinds of records.

Brian had previously begun work on some recordings that incorporated found voices, and he brought these to the table - one of these pieces became Mea Culpa - it already had layers of vocal loops. There were some instrumental tracking recordings made in NY at this point which I was part of- and these were really Brian’s instigations. It was maybe around about this point that the imaginary culture idea resurfaced. We knocked around the idea of isolating ourselves in the California desert and emerging after a while with a finished record, which we would say wasn’t ours. We did go out to California, but only to LA, which is where the project began in earnest- I believe it was there that we both realized that the “found vocal” idea would be the thread that would pull the record together. We also abandoned the imaginary cultural artifact idea too- at least explicitly, though I suspect this fantasy continued to guide us in a subconscious way. I suspect the found vocal idea also appealed to us as it eliminated any conflict or competition between us as singers (at this point Jon was no longer involved). Neither of us would be singing on our own record of songs. 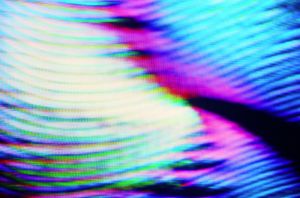 At one point in LA we were hanging out a bit with Toni Basil, whom we both admired as a innovative choreographer and street dance facilitator – her appearances on Soul Train with the Lockers were unforgettable and the group she was working with and organizing at that time - The Electric Boogaloos, were making some of the most amazing and innovative dance Brian and I had ever seen. They all put the arty avant guard dance world to shame - they were funky and robotic at the same time, a combination that somehow seemed apt for those times.

At one point Toni had an offer to do a TV special featuring these dancers- and for a short while we imagined our record would be the score/soundtrack. This TV project fell apart, but like the imaginary culture idea, this also acted as a kind of subtext for our recordings - we truly imagined we were making a dance record. A new kind of psychedelic dance music that would get played in dance clubs.

We saw that some of the most innovative mixing and arranging was happening in the dance music world, more so than in the rock world, which was becoming increasingly conservative and entrenched. The influence of dub and what were then called “extended mixes” on music outside those worlds was just beginning. In the studio, since neither of us saw ourselves as virtuoso musicians, ( we probably prided ourselves that we weren’t) we tried to turn that into an advantage. We used cardboard boxes as kick drums, bass guitars as rhythm instruments and basically anything that was lying around as a sound source. This had the advantage of making everything sound a little “off”- a kick drum made out of cardboard box did the job but also sounded slightly unfamiliar, fresher.

After a spell in LA we moved up to San Francisco to continue work, as much to enjoy these (for us) exotic California locales as for any other reason.

At that time there were no samplers, so the found vocals were often flown in (this consisted of two tape machines playing simultaneously, one containing the track and the other the vocal) and, if the Gods willed, there would be a serendipity and the vocal and the track would at least seem to feel like they belonged together and it would be a “take”. It was all “played” and very seat of your pants- there was none of the incremental tweaking and time correcting that is possible with modern samplers and computers, throwing the vocals against the tracks was in our case almost a performance. Sometimes we’d record radio sermons after-hours on our cassette players that were built in to our late 70’s boom boxes. The quality was sometimes dubious (on “Come With Us” we had to make the hiss part of the dark ambience)…but overall we came to realize that hi fidelity was vastly overrated- and sometimes the harsh megaphone like quality of these vocals was actually more immediate sounding. Like transmissions from a desperate planet. Other times the vocals often came from those records we’d been listing to over the previous year.

The amazing thing was how easy it was. (well, relatively) And how much the vocals seemed to feel like they had been 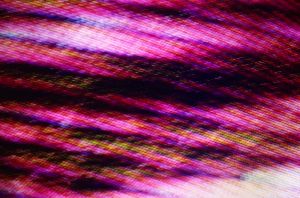 performed with the “band”. Part of this effect was, of course, in the ear of the beholder- a phenomenon we noticed early on- that the mind found congruencies and links where none really existed. Intention had nothing to do with effect, in this case- a disconnect that was a big problem for pop music critics, but more on that later. More than just a way of tricking the mind, we also felt that when successful this effect also “tricked “ the emotions. Some of the tracks at least generated genuine (to us) emotional reactions- it felt like the “singer” was genuinely playing off the music and vice versa, in a way that sometimes generated powerful feelings- uplift, ecstasy, dread or sexy playfulness. Maybe “tricked” the emotions isn’t quite accurate- maybe these passionate voices and rhythms triggered emotional responses because our emotions have “receptors” awaiting this combination of elements, and we were merely providing the materials

In searching for “vocalists” we gravitated towards the passionate - which we found in pretty disparate places- angry radio talk show hosts, Arabic singers, preachers and radio evangelists. This made it seem that the natural cadences and metric of the impassioned vocal is innately musical – it’s easy to hear this in the sermon of a gospel preacher where the line between singing and speaking is fuzzy, but it is there in talk show hosts and, well, maybe, all speech.

I think some people found all this disturbing. In the West anyway the causal link between the author and performer is strong. For instance, it is assumed that I write lyrics (and the accompanying music) for songs because I have something I need to “express”. And that as a performer it is assumed that everything one utters is naturally autobiographical. I find that more often, on the contrary, it is the music and the lyric that triggers the emotion within me rather than the other way around. By making music we are pushing our own buttons, in effect, and the surprising thing is that vocals that we didn’t write or even sing can make us feel a gamut of emotions just as much as ones that we wrote. In a way making music is constructing machines that, when successful, dredge up emotions- in us and in the listener. For some, this fact is, it seems, repulsive, a trick, a betrayal and deception. Many prefer to see music as an “expression” of emotion rather than a generator of it. This queasiness is connected with the idea of authenticity as well- for example, that musicians who “appear” down-home must be more real. It’s disillusioning to find out that rock and roll is an act and no regular folk in Nashville really wear hats.

All this as a contentious issue was resolved years later by electronic and hip hop artists, whose music in many cases was either not played by them (in the case of hip hop artists)… or, like us, remained more or less faceless - others were the voices of most electronic artists’ songs.

After finishing an initial version of this record in 1980 we set about the task of “clearing” the vocals. This is a common practice nowadays, but back then no one knew what the hell we were up to. The record sat on the shelf while the phone calls and faxes went back and forth. Most of the vocals were cleared, but with a couple of songs we were denied rights. In the intervening time we had returned to NY, and began work on the next Talking Heads record, which would become Remain In Light. We were wildly enthused by all that we’d learnt and experienced on the Bush of Ghosts sessions, so we opted to begin that record as we had with Bush Of Ghosts, with a blank slate. 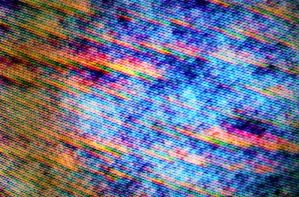 Eventually the vocals on the initial version of Bush of Ghosts were cleared, but as some time had passed we felt that since we had to re-do the vocals on the legally denied tracks we might as well see if we could improve the others as well. So some additional recording was done and the record was pronounced done. It therefore came out after the Talking Heads record, which lead to some confusion. A lot more people would be dealing with clearances in the future, paying for rights, delaying their releases, though we didn’t know it then.

During the recording both Brian and I had begun reading John Chernoff’s “African Rhythm and African Sensibility” and Robert Farris Thompson’s “African Art In Motion” – two incredibly poetic books that were respectively about music and art, but also seemed to be about a whole lot more. At some point in this African obsession we became aware of Amos Tutuola’s books- and the title of one - “My Life In The Bush of Ghosts”- seemed to encapsulate what this record was about. We hadn’t yet read this particular book (his The Palm Wine Drunkard was more easily available) but the title was perfect, so that became the name of the record.

Some of the bonus tracks included here were on the original version of the record, and some in slightly different forms or mixes. We felt our revised and new material superseded these, but hearing them now they hold up pretty well… if it weren’t for the time limitations of vinyl we would have probably included them all.