I’m starting an online project, reasonstobecheerful.world, that is an continuation and extension of some writing and talks I’ve done recently.

The project will be cross-platform—some elements may appear on social media, some on a website and some might manifest as a recording or performance… much of the published material will be collected here.

What is Reasons To Be Cheerful?

I will post thoughts, images and audio relating to this initiative on whichever platform seems suitable and I’ll welcome contributions from others, if they follow the guidelines I’ve set for myself.

These bits of good news tend to fall into a few categories:

Culture, music and the arts might include, optimistically, some of my own work and projects, but just as much I hope to promote the work of others that has a proven track record.

Why do I do this? Why take the time? Therapy, I guess, though once in awhile I meet someone who has the connections and skills but might not be aware of some of these initiatives and innovations, so I can pass the information on. I sense that not all of this is widely known.

I laid out 4 guidelines as I collected these examples:

1. Most of the good stuff is local. It’s more bottom up, community and individually driven. There are exceptions.

2. Many examples come from all over the world, but despite the geographical and cultural distances in many cases others can adopt these ideas—these initiatives can be utilized by cultures other than where they originated.

3. Very important. All of these examples have been tried and proven to be successful. These are not merely good IDEAS; they’ve been put into practice and have produced results.

4. The examples are not one-off, isolated or human interest, feel-good stories. They’re not stories of one amazing teacher, doctor, musician or activist- they’re about initiatives that can be copied and scaled up.

If it works, copy it

For example, in an area I know something about, there was an innovative bike program in Bogota, and years later, I saw that program become a model for New York and for other places.

The Ciclovia program in Bogotá:

And the CitiBike program in New York: 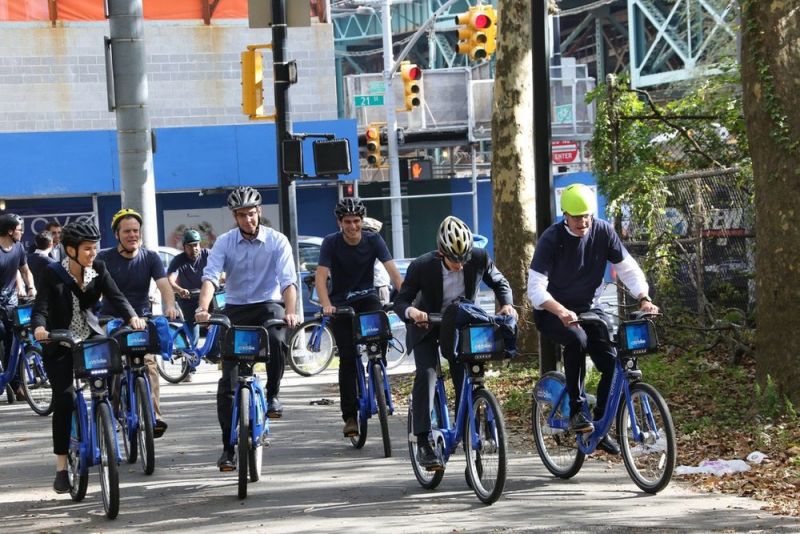 I thought to myself, "If somebody else figures something, out if it has been tested, proven and shown that it works, we’re stupid if we don't copy it"

Before inventing the wheel, first see if someone else has already done it.

So that is my model for the talks I’ve given and for what will follow in this series: Look for things that are happening anywhere, and if they have been tested, if they have been proven to work, if they can be transferred and adopted in other places, if they can even scale up—then let’s hold them up for consideration, and let’s invite others to add to this project.