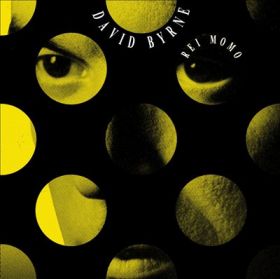 Rei Momo transforms and pays tribute to the music of Latin America. The nw songs are as original as the rhythms are authentic. Were it not for the lyrics, these dance numbers could pass for native heat in the hottest discos of Rio de Janeiro, Caracas or San Juan. Then again, it would be a shame to miss the lyrics...the darkness of the lyrics and of Mr Byrne's singing gives each number a dangerous, exciting edge. This is dance music, but it's also challenging and disturbing on repeated hearings. To his credit, Mr. Byrne has managed to create new songs that are close to the letter and the spirit of the most vital rhythms of our hemisphere. But that is not what makes Rei Momo a great album. It stands on its own, original, danceable and listenable, fabulously satisfying. -Washington Times

Rei Momo... is a true reunion of Latin rhythms. It goes from samba pagode, rumba, cha-cha-cha to merengue, bolero, salsa, reggae, and much more. It's a very bold project--bringing together musicians from several Latin countries, especially Brazilians--and Byrne, considered the most intellectual of American rockers, had the preoccupation of trying it out step by step during some live shows, to test the audience's reaction. And, if in the beginning it sounds strange, it becomes difficult to resist the dance appeal of the thymic wealth. -Jornal do Brasil, Rio de Janeiro