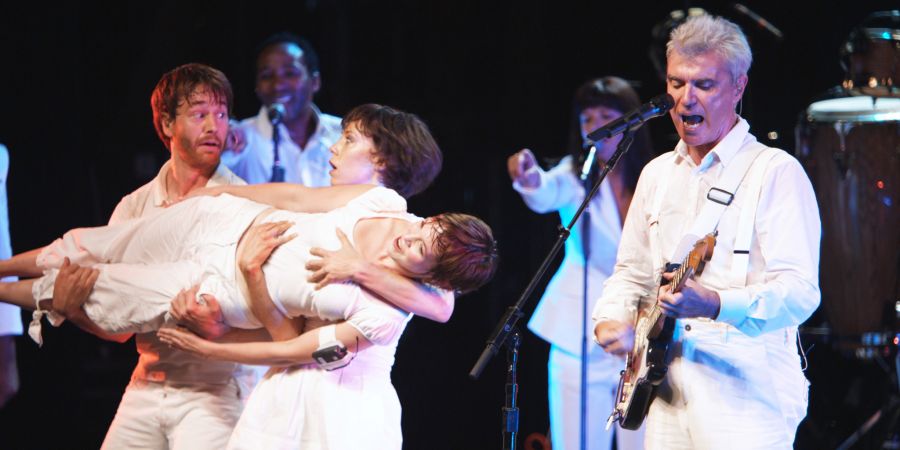 Ride, Rise, Roar is a live concert film directed by Hillman Curtis, featuring David Byrne. It blends riveting onstage performances with intimate details of the creative collaborations that make the music and performance happen. Shot with multiple cameras over several concerts during the 08/09 tour, the film blends the energy and charisma of classic Talking Heads with the heartfelt pathos of David Byrne and Brian Eno's most recent collaboration. Between the songs, the film achieves an unprecedented intimacy with David Byrne and the band, documenting behind-the-scenes auditions, rehearsals, and interviews with key players while revealing the creative process that led to the show's unique fusion of pop music and modern dance. Ride, Rise, Roar celebrates Byrne's extensive career as a musician and testifies to the creativity that keeps him going today.