Photos of spot-lit objects on velvet, framed in elaborate gilt frames. Some of these objects are real sacred objects, from Africa, Brazil or elsewhere, while other are common objects and tools nominated as sacred by me. Inspired by both religious shrines and shop windows. 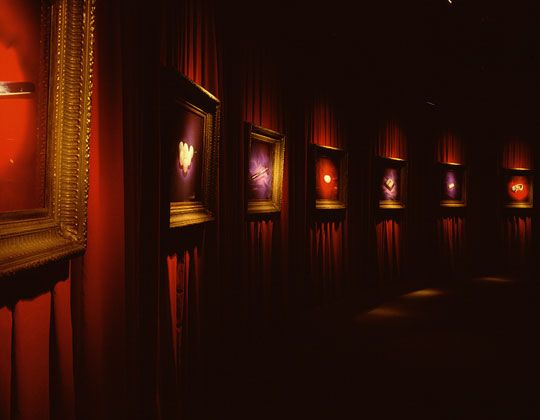