The vertical format sister to Better Living Through Chemistry. These lightboxes and posters combine clichéd graphic devices from contemporary advertisements with images of personal weaponry and paper money from various countries. Shown alongside the Better living series in Dallas, Trieste, Milan and Munich, they were also featured as posters in the Stockholm subway. 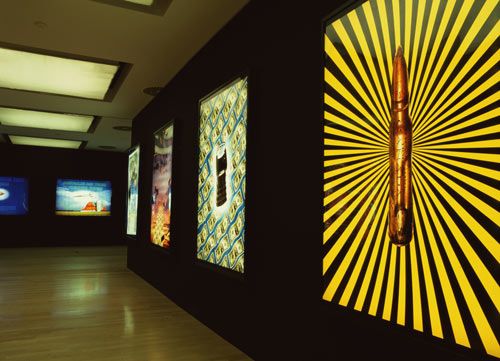