David Byrne directs this outside-looking-in glance at Texas and Texans in True Stories. Casting himself as the protagonist/narrator, Byrne adopts what he thinks is "standard" western garb and drives his red convertible into the small town of Virgil. The movie stars Byrne, John Goodman, Swoosie Kurtz, and Spalding Grey, as well as a host of character actors. Byrne has described the film as, "A project with songs based on true stories from tabloid newspapers. It's like 60 Minutes on acid." 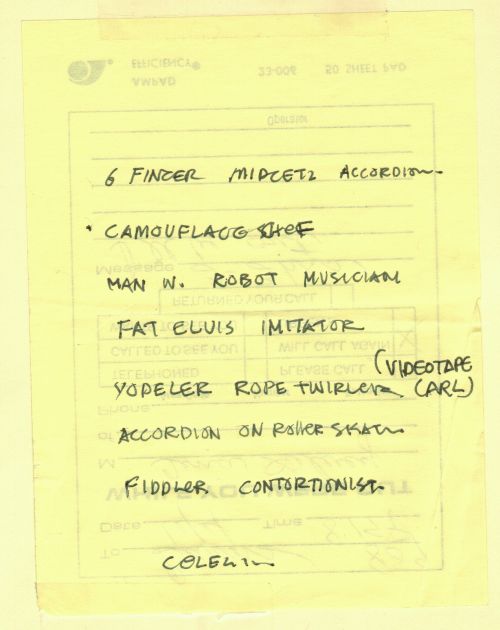 The movie features songs written by David and performed by Talking heads, as well as some members of the cast. Talking Heads also make appearances in the film. The band released an album called Talking Heads where they performed the songs from the movies. Thus, the album is somewhat separate from the movie, and not considered a true soundtrack.