A group of us were just in Manila to look for actors and singers for the London production of Here Lies Love. (We found some good ones!) Luisa Hinchliff from the National Theatre arranged for us to be at the lovely Shangri-La in the modern Makati district. 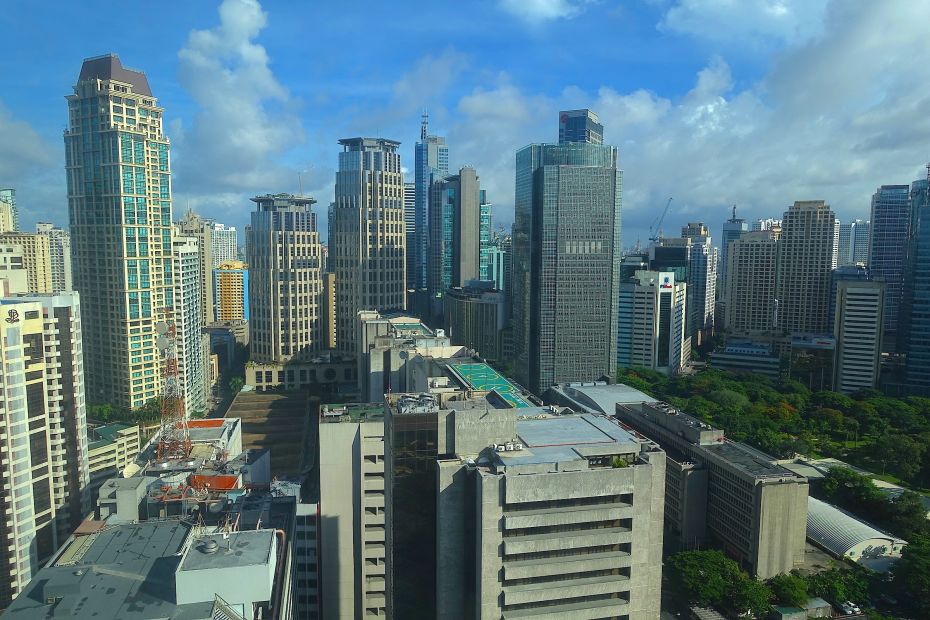 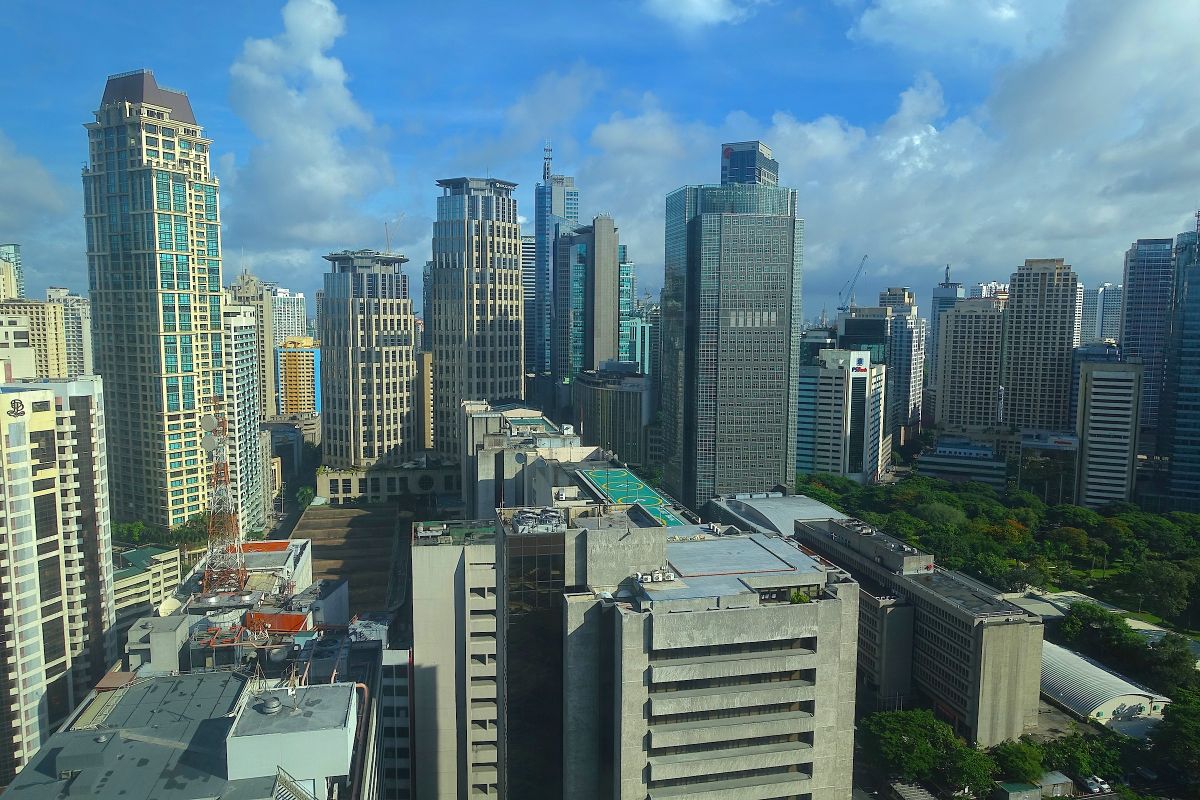 Note the helicopter landing pads on some of the buildings. (Imelda lives in an apartment building here, so that gives you some idea of what the neighborhood is like.) The service was impeccable, and in the afternoons an orchestra played tangos and bossa novas in the lobby lounge. I’d hum along involuntarily every time I passed through when they were playing.

NY theatrical casting legend Tara Rubin was with us, and she made a comment that showed how a casting agent views the world. She looked around the hotel lobby and suggested that the shorter girls were “cast” to have positions by the elevators (to hold the doors and offer assistance); the taller women were “cast” as lobby greeters and wore long floor length skirts (giving them a more formal, less casual appearance); another level of gorgeous women were lobby lounge hostesses; and, of course, the men helped with bags and acted as doormen. (Further outside the front door, by the driveway, there were men in black Kevlar outfits and automatic weapons.)

There was indeed a strict hierarchy—as she suggested—based on height, appearance and sex. Job applicants were, it seems, cast accordingly. I couldn’t help but wonder if Tara sees much of the world that way: as if we’ve all been “cast” in our life roles according to a list of attributes and skills. It’s not as far fetched as one might think. Think of different jobs and an image (stereotypes for sure) pops into mind. An airline pilot, a software coder, a judge, an academic, a chef or a dancer. I know—what kind of dancer? But maybe we are cast just a little bit? Or do we cast ourselves in the shows of our lives?

…Sorry, had to go there.