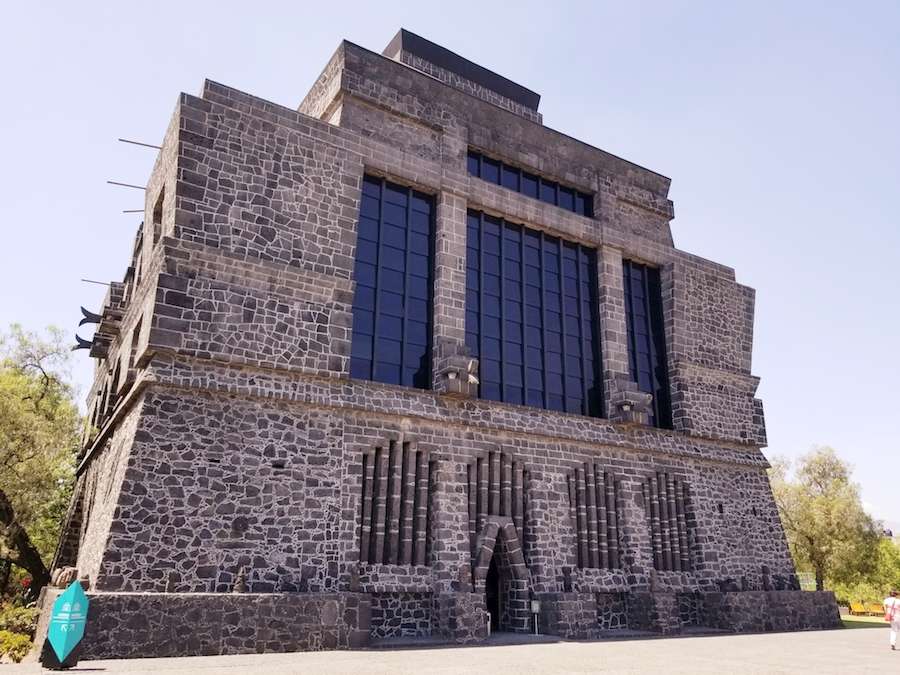 This museum on the outskirts of Mexico City houses Diego Rivera's collection of pre-Columbian art.

Rivera began constructing the building—which looks almost like an Aztec pyramid—created the ceiling designs and, obviously, determined the installation of his collection. Architects Juan O'Gorman and Heriberto Pagelson, as well as the artist's own daughter, Ruth, were also involved in its creation. It was completed after Rivera’s death, but his fingerprints are everywhere.

The museum's structure is made of dark volcanic rock found in Mexican lava fields.

News of Mexican volcanoes gave me nightmares as a child—in some cases they grow incredibly fast. The Parícutin Volcano began in a farmer’s field and grew five stories in a week! I imagined it happening a lot faster than that even. I thought to myself, “If it could happen in Mexico, why not in suburban Baltimore?” In my young mind, the Earth could conspire against us. I told my parents we should be ever vigilant about signs of volcanoes growing in our backyards.

Rivera created ceiling murals in most of the rooms... 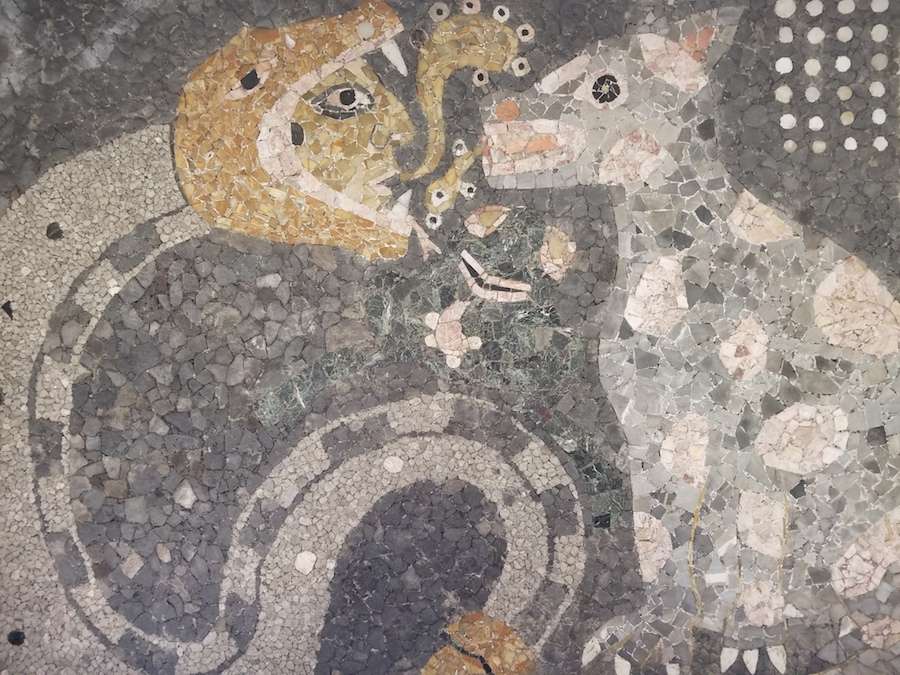 Many of the murals, like this one, were inspired by pre-Columbian designs—though in some he snuck in a hammer and a sickle. I suspect this might be more of an allusion to the dignity of the labor and creativity of ordinary Mexicans than a reference to the Soviet Union. This may be a bit naive, but Rivera’s heart was in the right place.

Frida Kahlo was quoted in one wall text as saying something like, "Finally he'll get that stuff out of the house."

Rivera “found” some of the pieces in this collection while walking around temple and pyramid sites. There was a time when smaller pieces would surface out of the earth around the great complexes after it rained. Rivera would walk with his head down. 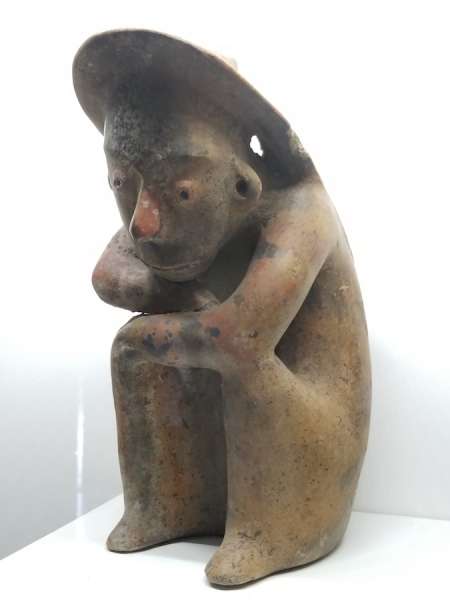 There is one wall text per room and NOTHING to identify the individual pieces which, in this case, encourages viewers to use their eyes.

A friend asked me about this lack of wall text that provides details about specific objects: “Why are wall texts necessarily bad?”

My response was, “Of course they’re not, but they shouldn't be the default.” This place is a museum in which the permanent collection display never changes—like the Rothko Chapel in Houston, the Donald Judd and Dan Flavin installations at the Chinati Foundation in Marfa, Texas, or the Salvador Dalí museums in St. Petersburg, Florida, and Cadaqués, Spain... To say nothing of the various installations/environments that a number of outsider artists have created. Unlike most museums, many of these spaces focus on just one area or artist, and usually only one person—sometimes the artist—determines the point of view and the physical context.

“For instance, at the Musée du quai Branly in Paris, it is often hard to tell what’s what. I like to know what a thing is so that I have the option of seeing it my way. I suspect I’m the typical literalist—have others felt the same here?”

David Byrne: “I agree regarding Branly. Though everything is identified, there are too many cultures and too great a range of artifacts jammed into one space where they’re all tossed together. There is no overall vision or idea to frame the collection—it looks like the stuff was collected by a whole host of cultural scavengers. But they have some amazing things, like the Bolivian Carnival costumes!" 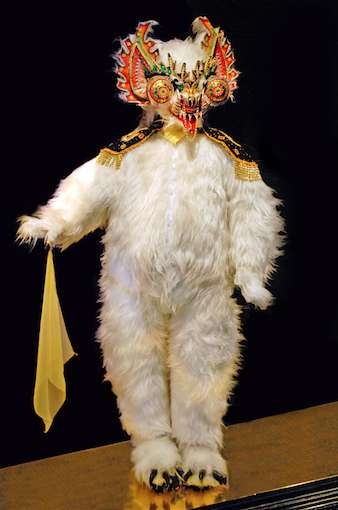 That said, the written description of where these outfits come from and when they are worn doesn’t capture and evoke the visceral experience of seeing them in context by participating in Carnival. 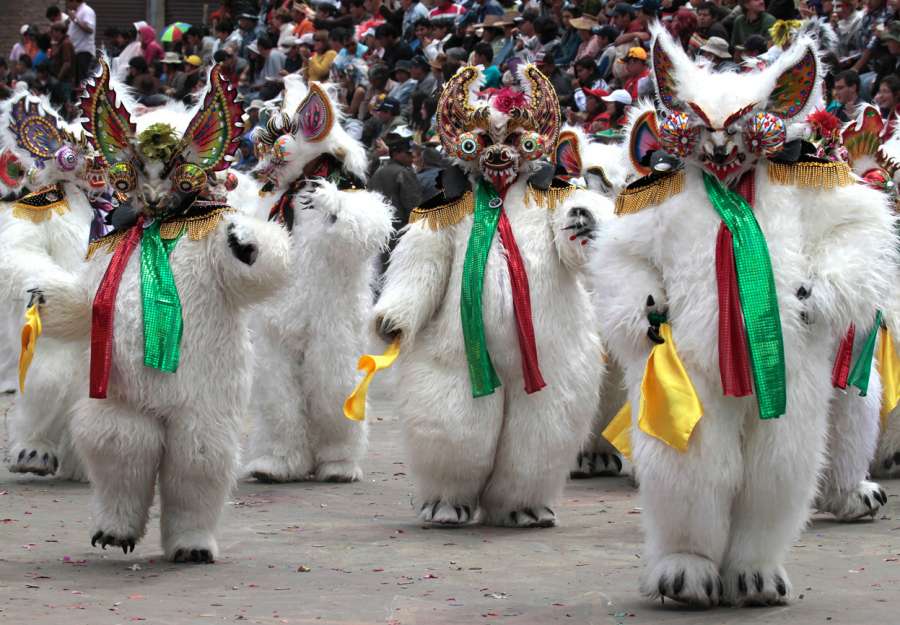 Photo courtesy of the Atlantic.

I agree that in some cases having descriptions of each item can help one see and can help tell a story. But we do tend to privilege text over images to the point that we mostly understand the image in terms of the text and not the other way around. In the Anahuacalli Museum, there are some labels that classify the groupings. For example, "These are tools," "These small models of everyday behavior were often placed in graves," or "These sculptures depict everyday life".

“It’s also nice to know more... Were these items of worship or of art? Items that were tools? Toys? Talismans? Tokens? Trash?”

“The Anahuacalli Museum’s wall texts—one to a room—broadly describe the objects in that space as, for example, utilitarian or sacred. However, although they are arranged in these separate groupings, there is no hierarchy between utilitarian items (a functional pitcher shaped like a dog, for example) and obviously religious objects, which come closer to our traditional idea of art. This democratic arrangement is a way of saying that all are manifestations of life as lived and that all have equal import. That is the big idea here—it’s not explicit, but as a visitor you get it.

(One gets a little of that at the Barnes Foundation in Philadelphia too. In it, door hinges and beautiful iron door knockers are displayed alongside early modern masterpieces.)

I’d go further and say that wall texts, particularly those that go beyond simply identifying specific objects, should be viewed as part and parcel with the items and artworks they discuss. Rather than being a default, they should be an option, as they determine what and how we see.”

The Anahuacalli Museum is dark—like the inside of a temple—with lights in the recessed (volcanic stone!) vitrines and display areas. This creates a sense of exploration—a sense of less than completely mediated discovery. It’s an experience as much as it is a repository for objects. 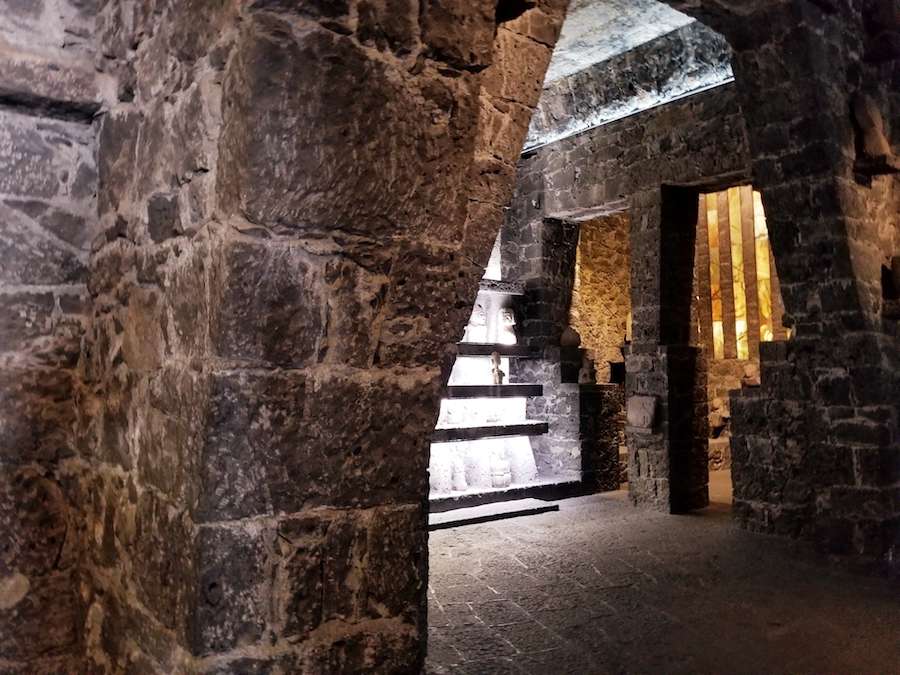 The whole building, inside and out, functions to showcase this collection. Surely Rivera collected other things—including paintings by his contemporaries—but none of that is here. So, the entire building and its contents essentially form one piece.

As a result of Rivera’s declared dedication to everyday Mexicans, the whole project becomes about identity and pride—especially regarding indigenous cultures and peoples. It makes you think differently about what a museum can be (which is different from what it should be).

The Anahuacalli Museum is extraordinary.