On my way back to NY from LA, I stopped in Des Moines, Iowa to attend the opening of a joint called the Des Moines Social Club. A guy I met, Zachary Mannheimer—a Brooklyn transplant—has created this place that combines a restaurant, bar, theater, outdoor performance space, classrooms and even a culinary school. It’s in a former art deco firehouse—a stunning building. Below is an architects’ rendering, but it’s not far off from the way it looked last Saturday night. 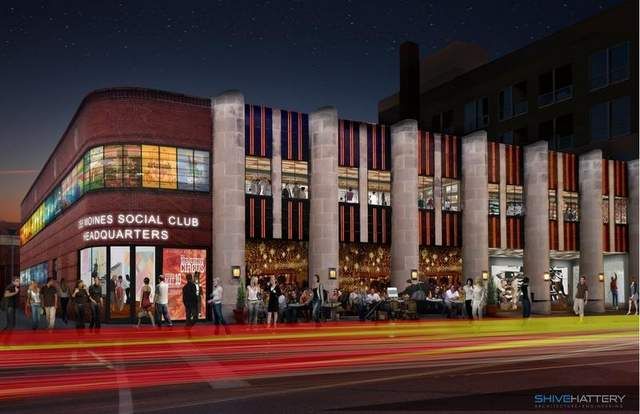 I made a little speech to the assembled crowd. Here it is—more or less. (I ended up not looking at my notes part of the time, so I didn’t say every word below.)

I was here a little less than a year ago for the 80/35 Festival. I was doing a music tour with St. Vincent for a record we did together. It was 4th of July weekend and, unusual for a music tour, I had a couple of days off. So, I grabbed my folding full-size bike that I was travelling with and explored “The Des” as much as I could.

I was pleasantly surprised. Not only is there an extensive network of bike paths (always a big selling point for me), but I also sensed that this city was a better place to live than many others I’ve passed through.

I didn’t sense the huge disparity of income that we often see—famously in the town I live in. You don’t get the feeling you’re an intruder in a rich person’s playground. I saw folks of different races and folks with different backgrounds enjoying their city—rather than keeping to themselves, isolated, as I have witnessed in many other places. I saw neighborhoods that seemed to be holding their own; a middle class was surviving and many were staying more or less close to the city center, which helped it stay alive and vital. I saw the beginnings of local culture manifesting in some new local restaurants, venues, galleries and shops.

I grew up in Baltimore, which, though there are a lot of incredible bands and musicians coming out of there now, is a disturbing place—as are a lot of other U.S. cities. There are boarded up buildings, offices and abandoned houses everywhere. Vast areas of poverty and squalor and also some fancy areas that contrast with that in uncomfortable ways. If you’ve ever watched The Wire, you know what I mean.

But here I thought to myself, “Wow. People are making a decent quality of life for themselves, it looks like it could be a good place to have a life and raise kids.” How and why is this happening here? Why is St. Louis (for example) filled with abandoned buildings and Des Moines is not?

We New Yorkers need to get over ourselves a little bit and be aware of what’s going on elsewhere…and to entertain the idea that life doesn’t have to be all about aggressive striving…to realize we don’t have a monopoly on how one can make a life in a city.

I wrote a long blog post about these mostly positive impressions…and I did some further research as to why Des Moines turned out the way it did. It wasn’t just luck. These ideas, of course, were heresy for a New Yorker. I was supposed to be one of those people who thinks of Midwestern cities as cultural and social wastelands. Some of my friends thought I’d lost it and made fun of me… 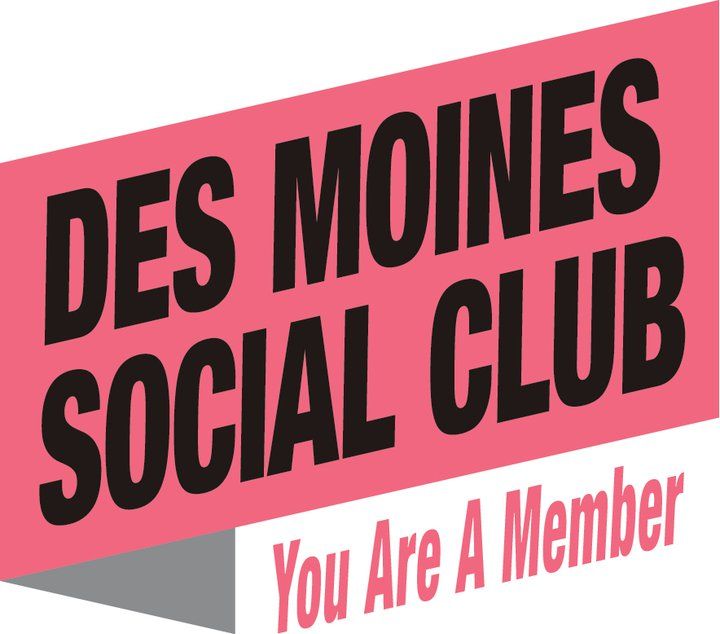 Anyway, somehow Zach got in touch with me and said he’d had a similar reaction and that he’d recently moved here from Brooklyn. Brooklyn, like Manhattan, is now so expensive to live in that emerging artists, theater folk, musicians and others are finding it hard to have a creative life and pay the rent. An apartment in Williamsburg can now go for $2 million dollars. No young artist, writer or musician can afford that.

So, we emailed back and forth. This is a fascinating subject for me—how does a vibrant scene emerge in certain cities and not in others? Zach told me about his plans for this place, and we both wondered if local culture could flourish if there were outlets for it like this one. I noticed years ago that if, for example, someone opened a music venue—like Hilly Kristal did with CBGBs—then the musicians come out of the woodwork to fill it. They start forming bands, writing new songs and hanging out and influencing one another—and sometimes their work expands out to the wider world. None of which would have happened if the place to perform wasn’t there. Who knew they were even there?

It’ll take more than just this one place. For all sorts of performers they’ll need places to perform within driving distance—a network of similar places in other towns. Then they might actually be able to make a living doing what they are passionate about doing and making. Talking Heads had a weird experience in that regard at first: we had gotten some press so we could play a dumpy club four hours away in Boston and even one in London—but there was nowhere to play in New Jersey, right across the river. That changed eventually, but being able to take those first steps and establish a network is crucial for the survival of creative folks.

This also means that if it works, these folks don’t have to leave. The talent born here can express itself here…and eventually in other places too.

We also talked about whether a local scene could emerge and be self-sustaining. I want to be positive—to imagine it’s happening and will only grow…and encourage what I sense is a change in attitude. Often, after years go by, folks begin to think that all the really good and important stuff is made by outsiders in the big urban cultural hubs—that the rest of us should passively consume that stuff because we can never make anything that good. One could even say St. Vincent and I coming here was an example of that…not that I’m not glad we came here, but the idea is to support and encourage local folks equally.

I recently read a piece about a Brazilian architect Lina Bo Bardi, who in 1982, repurposed an old factory into what became The Pompéia Factory Leisure Centre, a multi use facility: it houses a theater, a café, and even a swimming pool. Here’s a quote from that article:

This [building] offers a concrete example of one of Bo Bardi’s main pursuits: to show that “culture is a fact of everyday reality”…not a special event that only happens once in a while…or the domain of the elite…it [can even be viewed as] an antidote to consumer society…a space for the human imagination and shared participation.

She decided to call her building a leisure center rather than a cultural center—as the word leisure seemed less intimidating and pretentious than culture—though of course that’s what it was too.

This complex is similarly and cleverly called a social club. It has many of the same ambitions. And like her building, it’s also created out of a repurposed structure. There are a lot more buildings around here available to be repurposed, so I hear. This place is part of a process, or it can be.

I came back here because I think what’s happening here is hugely encouraging. I want to give it a big thumbs up and wish this initiative the best. It makes things possible: performances, exhibitions and all that, which can provide an essential venue for all the creative folks around here—and their audiences. But it’s also what it says, a social place where folks can come in contact with people they never ordinarily would meet. Worlds in collision.

Will some creative explosion happen here? Hard to say. There are no guarantees, but it’s possible. It isn’t going to happen in Manhattan anymore. And without places like this one, all that creativity would just stay bottled up. So, congratulations…I ‘m looking forward to hearing and seeing what happens.

During the day, before the opening festivities, I took a long bike ride (no surprise there) on a bike graciously lent by Dan of Ichi Bike in the East Village neighborhood of The Des. I’d been there when St. Vincent and I were in town—I rode a fat tire electric bike around the block. 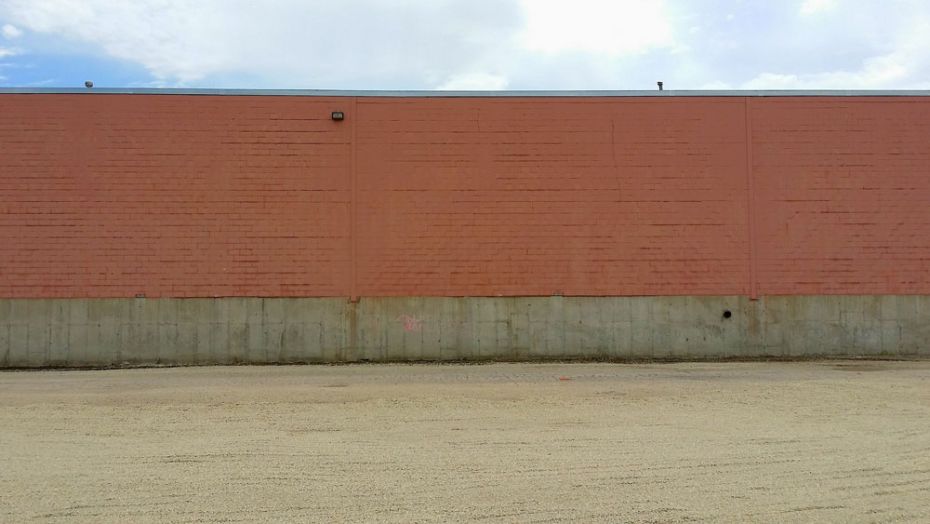 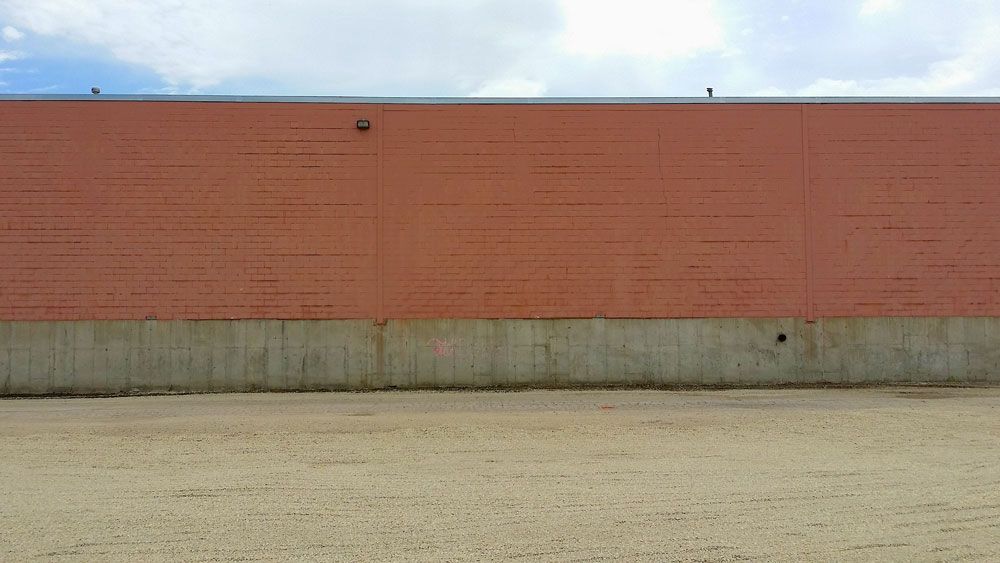 And then it veers off into farmland following a creek. 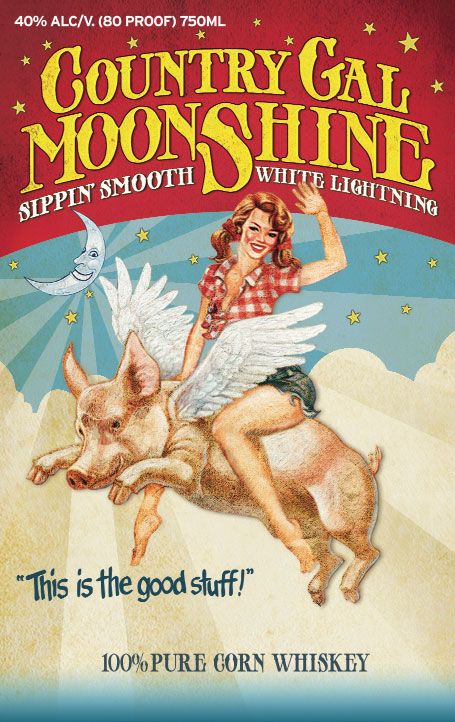 Looks like there’s some hot salsa on the shelf too. 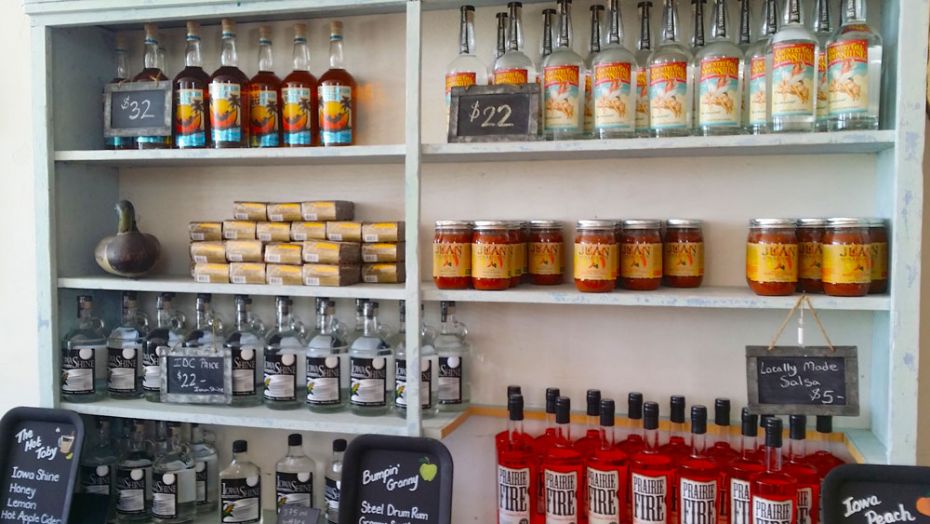 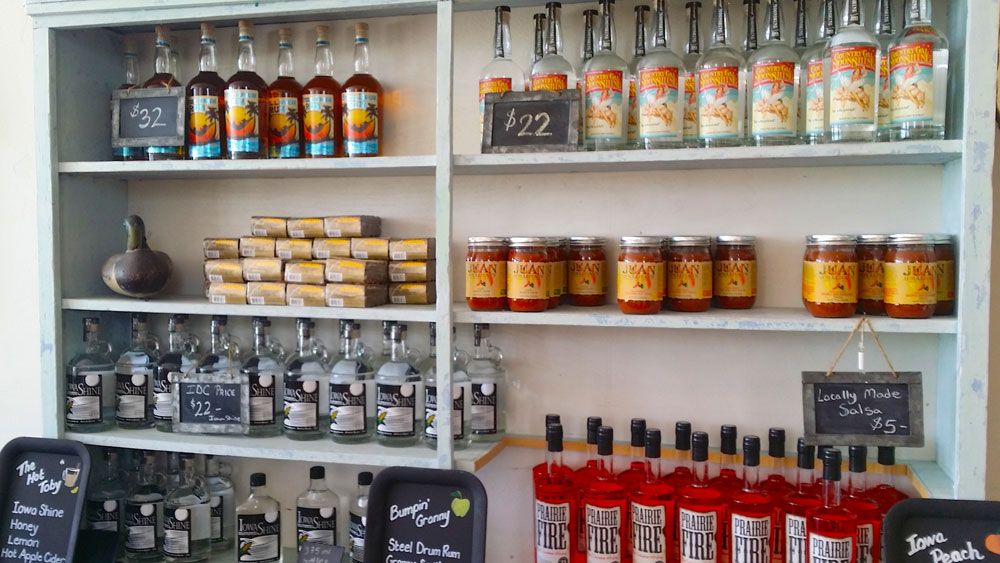