Des Moines could have developed around a river in a similar way to Louisville since the Des Moines river has some rapids both downriver and upriver from the town center, again making it dangerous, if not impossible, for some kinds of boat traffic. But here the locks and canals were never built. The rapids were harnessed and some dams were used to power mills, but the plan to build a series of locks on the Des Moines River that was initiated in 1852 was abandoned six years later when only two locks were finished. If completed, the project would have necessitated 28 locks and dams— a huge undertaking.

Today we’re in Grand Rapids, Michigan—needless to say the town formed around the rapids. I blogged about the town and The Great Log Jam years ago.

All this made me think that however much we might hate traffic jams and bottlenecks, they have an upside. In those days they forced a pause that allowed whole towns to expand and flourish. Getting people and goods from place to place is important, but the occasional stop and diversion allows other things to happen. Trade, culture, innovations, mixing of folks from different backgrounds and regions—that happens when trips are interrupted.

There were fireworks over the river at night. A band called Dark Star Orchestra played Grateful Dead songs in a bandshell on the shore. 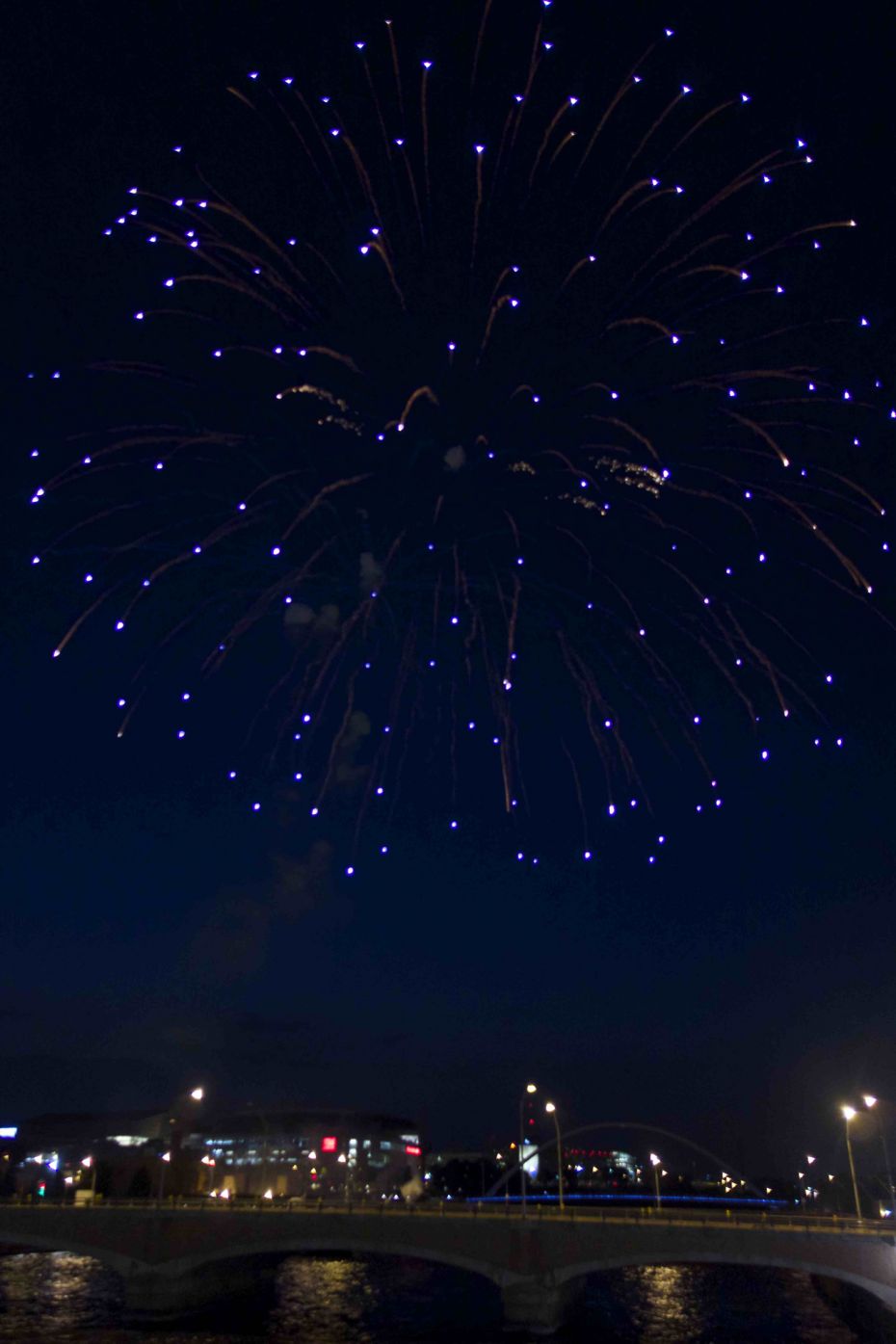 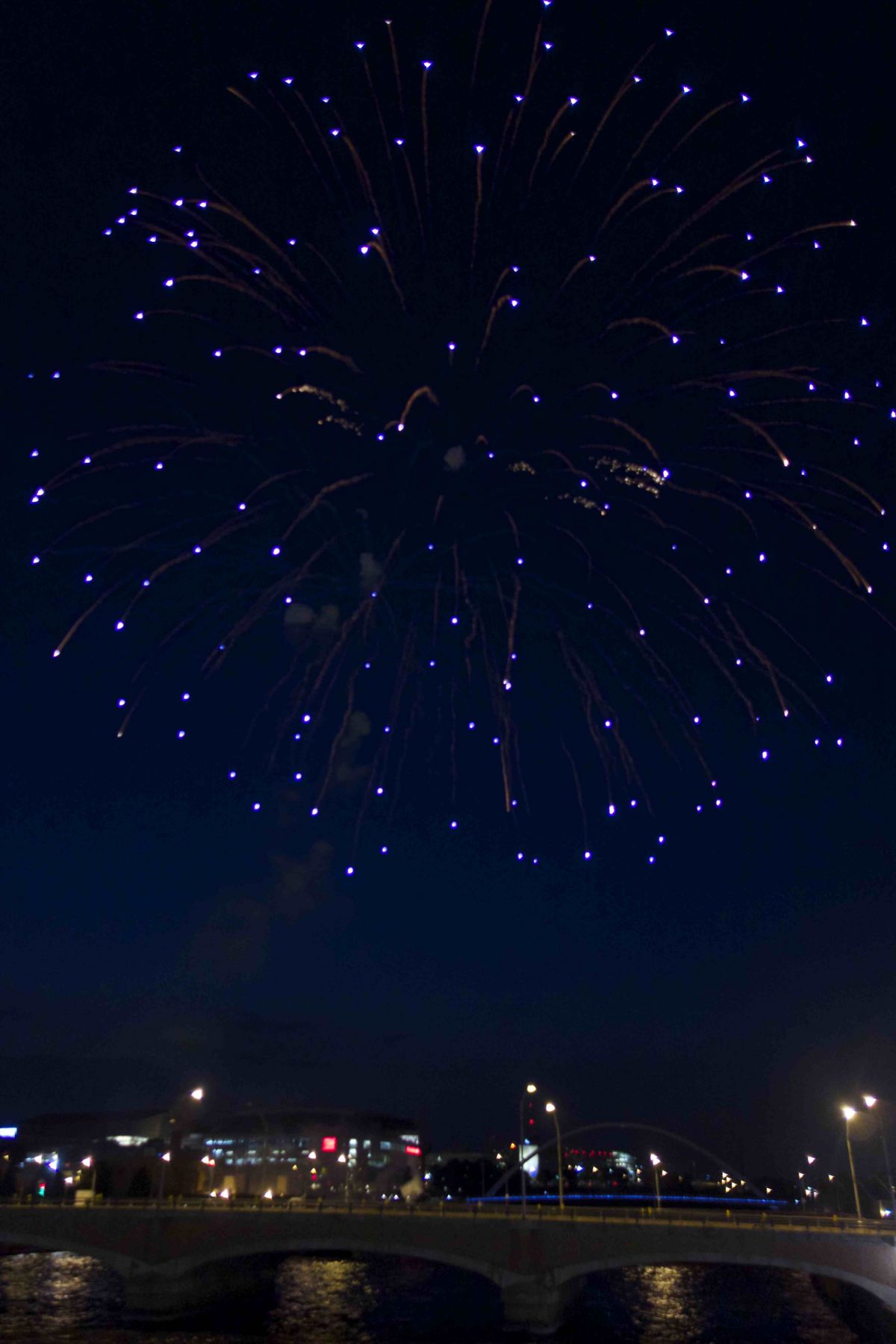