Welcome to the first edition of "From The Archives: Music."

While maintaining the living archive here at Todomundo!, we often come across interesting, funny, contemplative and/or somewhat bizarre relics from David's past. This recurring digest will focus heavily on the music end of the spectrum.

In this edition, we’ll explore David’s cover of the Rolling Stones’ “Sympathy for the Devil”, performed in Montreal, during the Uh-Oh tour of 1992.

The cover song can be a funny thing. Are they merely an interpretation of a specific songwriter’s composition? Are they a tribute to a performer’s interpretation of said composition? Are they a way of getting a guaranteed reaction from the 4 people in the crowd seeing the band’s second gig at Death By Audio… a way of getting their attention? I’d argue they can be all of the above, and while that’s not exactly what strikes me as the most interesting aspect of the cover, I find it to be an entertaining tidbit to ponder. What gets me going is this: what determining factors go into an artist’s decision to play a cover live?

As an active performing musician, I’ve had my moments with playing cover songs. I used to play in an all-cover band 8-9 years ago called FUNKnGROOVE (damn proud of that name). We usually played the Hollywood Casino in Shoreline, WA, on highway 99, a venue that welcomed our tributes to the Doobie Brothers, Chaka Kahn, the Temptations, and Al Green. 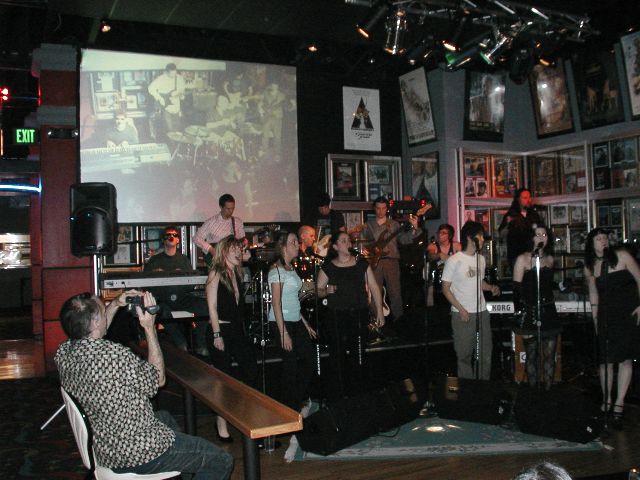 Recently, I've played in a band called North Highlands. We hardly ever entertain the idea of learning cover songs; focusing on our own material was fun enough. We chose to learn two Misfits songs however, during the lead-up to our show at Brooklyn’s Shea Stadium in Bushwick. The line-up was your classic hodgepodge of acts, with us as the definitive outsiders, music-wise. Shea Stadium can get pretty raucous at times, with the prevalence of black leather jackets a constant staple of the venue. We played our normal set to what was a mostly subdued audience, and decided to play the Misfits covers as our encore. Within seconds, the whole crowd had moved 10 feet closer. With fists clenched, pounding in the air, they all sang (yelled) along.   Beyond the venue calling for some straight up, no-nonsense punk, I think we as a band needed to let loose like that.  The convergence of us not having played a show in a while, being stuck in a bit of a writer’s block, wanting to let go, and having a venue suitable all made it possible. 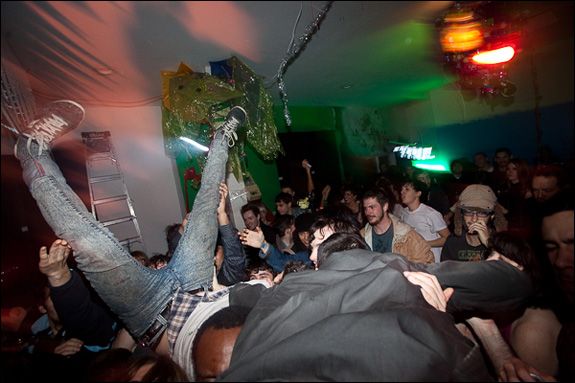 So that’s me… but this isn't about me. This is about a Rolling Stones cover that David and his Latin band performed, which I've yanked off a DAT of what was likely a board mix… With that, let’s listen to the song:

I asked David to provide some comments about this cover recorded live at the Montreal Forum, in 1992.

From DB:
I covered "Sympathy For The Devil" on a tour I did in '92 with a large latin funk band. It was a late addition to the set list. This mix sounds like a board mix or maybe a monitor mix. Why did we do this? Because we could! We had a band lineup that could rock this tune... so why not?  We did it as an encore number, which is where these oddball unexpected covers sometimes land.  They lyrics (I had to research the real lyrics) are sometimes absolutely brilliant, sometimes silly (the Stones playing at being bad boys) and sometimes completely nonsensical.  I covered Keith's guitar solo as best I could.  You can hear the audience doing the "woo wooh's" in the 1st verse! 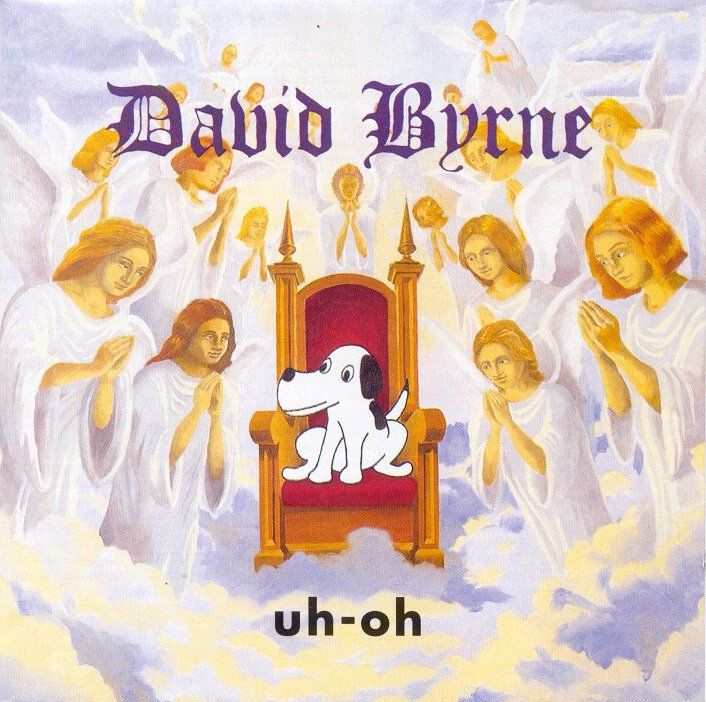 You'll notice I go into a "funny" voice about two-thirds through for certain lines. I was trying to sing like Goofy, the Disney character. Why? Well, there actually was a reason, though maybe not one good enough to justify how weird this sounds. I have long believed that the devil, should one exist, would not be some scary guy, but someone who sweetly perverts our better natures by more surreptitious means... and for me, Disney is the perfect example of that, with maybe the Olsen Twins as his consorts. So, following that logic, Goofy (the "harmless" clown minion) would be the perfect one to suggest we have some "sympathy" for the devil.