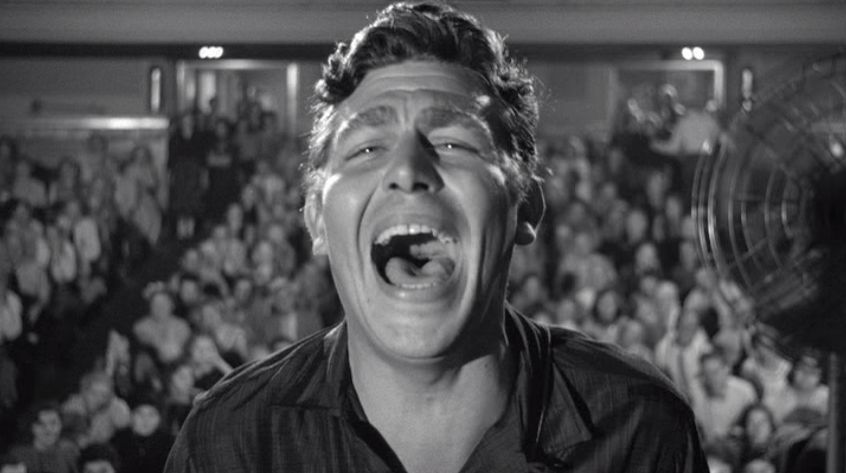 I was recently invited to contribute to Zoetrope: All-Story, a story and art quarterly published by Francis Ford Coppola, each edition of which is designed in its entirety by a leading artist and available exclusively in print. Among past guest designers are William Eggleston, Zaha Hadid, Abbas Kiarostami, Ed Ruscha, David Bowie, and Agnès Varda. Zoetrope won the 2016 National Magazine Award for fiction as the finest literary periodical in the nation.

In every release Zoetrope publishes a story that inspired a film and invites someone to contribute an essay of introduction to the story. Such contributors include David Lynch, Lena Dunham, John Hughes, Wes Anderson, Will Ferrell, and Haruki Murakami. In the Summer 2016 issue, Francis published the story "Your Arkansas Traveler" by Budd Schulberg, which was adapted by Elia Kazan into the film A Face in the Crowd, and they invited me to write the introduction.

The film stars Andy Griffith as the evil twin of the Andy of Mayberry character he would later create for The Andy Griffith Show, Patricia Neal as the reporter who is initially charmed by the blunt honesty of the country bumpkin, and a very young Lee Remick as a bobby soxer who the Griffith character falls for.

The story and the film have different endings—the story version ends with the demagogue dying accidentally and leaving the public he duped never the wiser, while in the film the public is duped but sees through the con and wises up in the end.

Here’s the piece that has been published in the Summer 2016 issue of Zoetrope: All-Story:

The Budd Schulberg story "Your Arkansas Traveler," first published in 1953, and his later film adaptation, A Face in the Crowd, directed by Elia Kazan in 1957, seem both very much of their time—in the language and homespun style of the lead—and prescient. Some may see in Lonesome Rhodes, the "just folks" country-singer character, echoes of Bill Clinton, also from Arkansas, but Clinton, though maybe possessing a cynical streak, never aspired to become a demagogue. The fellow that most of us think of when we think proto-demagogue now is Donald Trump. 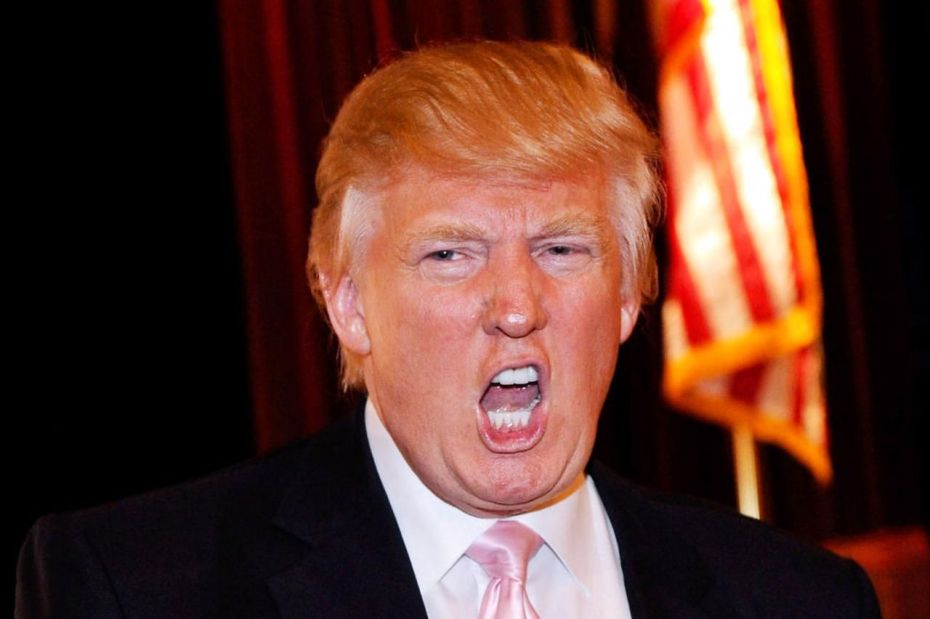 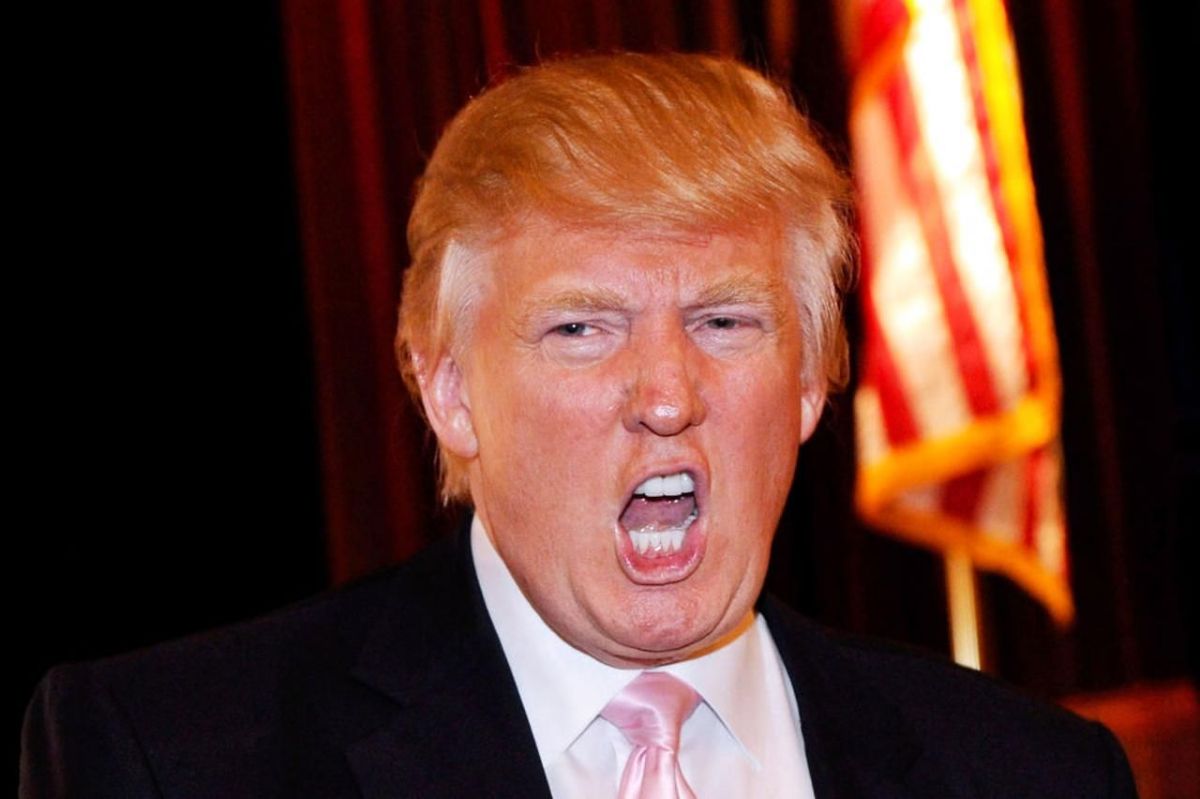 Like Lonesome, Trump revels in "breaking the rules," and Lonesome’s radio listeners cheer him on as he does so, as they believe that the rules haven’t worked for them, anyway; that the rules are a rigged game; that we should throw them all out. In Schulberg’s tale, Lonesome’s radio show goes viral and the ratings explode. Sounds familiar.

Schulberg gives us a happy ending, and today one longs for a plot moment similar to the coda of the film, when Lonesome’s mask falls off and the cynical operator underneath is revealed to his fans, who immediately abandon him, and the country wakes from its fever dream, shakes its head, and returns to reason, everyone saying, "Whew, that was close!" But who knows now if a revelation like that would even matter—in a society that increasingly approves of the winner-take-all attitude (hello, techies!), the cynical by-any-means-necessary approach might get a "like."

The other day I had a chat with a friend from Norway who runs a record label. He’s mystified. He says that if a Scandinavian politician made any of Trump’s crazy pronouncements—that Mexican immigrants are rapists, for example—he’d be gone overnight. Maybe that’s true in Norway, but in Germany and Denmark, with the True Finns, the UK Independence Party, and the National Front in France, we see this is a global phenomenon—one on the rise—and they’re all pushing the same buttons as Trump. We have here our own Putin or Berlusconi. And he might win. As with Lonesome, what started as amusing, as a joke, now seems a nightmare.

And the tenor of the news and op-eds, I notice, has changed accordingly—there’s a real feeling of oh shit, it can happen here.

From Robert Kagan’s recent editorial "This Is How Fascism Comes to America" in the Washington Post:

What [Trump] offers is an attitude, an aura of crude strength and machismo, a boasting disrespect for the niceties of the democratic culture that he claims, and his followers believe, has produced national weakness and incompetence. His incoherent and contradictory utterances have one thing in common: They provoke and play on feelings of resentment and disdain, intermingled with bits of fear, hatred and anger.

And from Adam Gopnik’s essay "The Dangerous Acceptance of Donald Trump" in the New Yorker:

If Trump came to power, there is a decent chance that the American experiment would be over. This is not a hyperbolic prediction; it is not a hysterical prediction; it is simply a candid reading of what history tells us happens in countries with leaders like Trump. Countries don’t really recover from being taken over by unstable authoritarian nationalists of any political bent, left or right—not by Peróns or Castros or Putins or Francos or Lenins or fill in the blanks. The nation may survive, but the wound to hope and order will never fully heal. Ask Argentinians or Chileans or Venezuelans or Russians or Italians—or Germans. The national psyche never gets over learning that its institutions are that fragile and their ability to resist a dictator that weak.

WHY
Unlike Lonesome, Trump is hardly the homespun type, and though he lies about his wealth he’s neither poor nor from humble beginnings. Those parallels to Schulberg’s story don’t hold water. He may be from Queens, but he’s not a self-made man, he isn’t even a good businessman—still, as Kagan points out, none of that matters. As with Lonesome, the truth can’t compete with emotion. The political process in the United States and most of its players are so distrusted now that Trump’s lies and boorishness are seen as a good thing—more evidence that he’s not "one of them." This piece that I’m writing and you’re reading can be held up as more proof that some of us just don’t get it.

What don’t we get? The pain that white folks feel at witnessing the American Dream vanish during their lifetimes. That is no joke, and it’s true. The United States measures higher on the World Bank’s Gini inequality index than any other WEIRD (Western, Educated, Industrialized, Rich, and Democratic) nation. Middle-class Americans are committing suicide. They’ve watched their towns get sucked dry by Walmart (friends of Hillary Clinton) and China. Their wages have stagnated, and the hope that their children can do better than they did is over. They were played by the Republicans, used for votes. The walking wounded see Trump as a mouthpiece for their rage as he lashes out incomprehensibly at the banks, immigrants, and women—and although some of this resentment is misguided (while some of it isn’t, in my opinion), one hundred percent of the pain underlying it is real. And you can’t argue rationally with pain.

Like Bernie Sanders, Trump addresses the grievances of those who rightly feel dispossessed, but Trump’s proposed solutions are, unlike Bernie’s or Hillary’s, completely unworkable nonsense. He’s more like Lonesome there—venting and accusing. Reason, as we have seen, doesn’t matter. This is about emotions, not policies. It can happen here.

"Give the people what they want" might sound like a description of democracy, of what democracy is supposed to do, but as de Tocqueville cautioned, a democracy must be protected from itself and the susceptibilities of its members, who too easily tip over into a mob enthralled to someone like Lonesome or Trump. A mob is not wise—a mob is people reduced to their most primal desires and fears. There is no wisdom of the crowd in such a swarm, just raw feeling, which is why—sort of counterintuitively—direct democracy doesn’t work, why representative government functions as a necessary buffer, preventing the pendulum from swinging too far. Though at times these safeguards can fail: it has been argued that both World Wars I and II were the result of economic pain—politics were simply the trigger.

Like Lonesome, Trump relies on the media, which—as ratings rise and clicks accumulate and revenues flow in—lavish him with attention, even while holding their noses. Each new outrage draws more ears and eyeballs. And when those are the metrics, the means by which the media have been forced to gauge their success—and increasingly they are—it’s a race to the bottom. And here we are.

Could this fomenting rancor and media compliance provoke another global war? As Eduardo Porter wrote in the New York Times, consider the potential effects of an incident in the South China Sea that resulted in the loss of American sailors. After a campaign built largely on diatribes against the Chinese, and given Trump’s hypersensitivity to ratings and polls, and the fact that the region is already hotly contested by China, Taiwan, Vietnam, Malaysia, Brunei, and the Philippines, one can easily imagine calamitous outcomes.

THREE HEELS
Though Trump joins Putin and Berlusconi as strongmen who came from outside politics, those forerunners relied on cronyism—a network of powerful friends who aid and enforce the leader’s positions, and who in turn receive political appointments and favors. Does Trump have similarly long-lasting allies? I don’t think so—he’s a backstabber and an egomaniac, to an even greater extent than those other two—and that lack of reliable accomplices might prove an Achilles’ heel in his nascent rise to power.

The Republican establishment, however, has been falling in line, but he’s not their archetype; they don’t like him much, either. That could be another Achilles’ heel. And anyway, to maintain his outsider status, he can’t buddy up to those guys.

The last Achilles’ heel is we, the voters. I keep reminding myself that this country just elected a black man as president for two terms. A reasonable man. If a younger me had been told this would happen during my lifetime I’d have said, "Dream on." But it did happen, and it gives me hope that we’re better than what we’re evidencing now.

I’m working with some organizations—including Project Vote and Community Voters Project—that aim to get voters to the polls, especially from the poor and minority communities whose voting rights have been effectively restrained by Republican legislation in recent years. Such suppression, and apathy, have to change. I believe that maybe, if those folks come out, like they did for Obama, we can stop this thing from reaching its culmination.

A REVOLUTION?
If that doesn’t work, maybe it’s time for a revolution. Not the sort of revolution that brings in an autocrat who represses half the country and hoodwinks the rest, but a structural revolution.

In the New Yorker, Jill Lepore has reported on the work of Columbia University professors Alfred Stepan and the late Juan J. Linz, who asked why the United States has for so long experienced more extensive income disparity than any other mature democracy. They found two correlations. In a governmental hierarchy, the more individual players who can block policy, the greater the economic inequality; and the less representative the upper legislative body, the bigger the gap between rich and poor. Now, correlation is not causation, but if causation can be proven, then we must reconsider our most fundamental frameworks and methodologies. The United States is an example to the world, and as such we must always seek improvement.