Meltdown is over. The artists have moved on to their next gigs, the stages have been reset, and the Southbank Center is hosting another project. One aspect remains, however: the Lending Library is still open! Until September 13th, you may check out a book from David Byrne's private library, take it home, and return it to Southbank free of charge. Maria Popova published a lovely essay on the topic recently on BrainPickings.com:

A colorful case of the mosaic of influences that is art.

“When a library is open, no matter its size or shape,” Bill Moyers wrote, “democracy is open, too.” A century and a half earlier, Thoreau extolled a different aspect of the library as a technology of thought, writing in his diary: “Those old books suggested a certain fertility … as if they were making a humus for new literatures to spring in.”

It was in a similar spirit that, in curating the 2015 Meltdown Festival at London’s Southbank Centre, beloved musician David Byrne decided to turn his personal book collection into a lending library. “I love a library. The idea of reading books for free didn’t kill the publishing business,” he writes in The Guardian, “on the contrary, it created nations of literate and passionate readers. Shared interests and the impulse to create.” 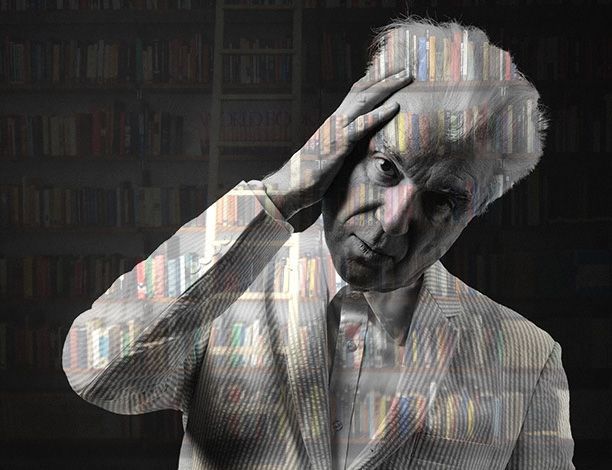 His impressively worldly library of more than 200 titles spans nearly every aspect of music — from technique to theory, mechanics to memoirs, instruments to interviews — as well as psychology, art, architecture, history, and copyright law.

A lifelong lover of reading, Byrne grew up in a small suburban town near Baltimore, where the library was his only access point to the wider world and books became his formative creative sandbox. I asked him about his earliest memory of a formative book he borrowed from that childhood library and he points to The Phantom Tollbooth. How apt that the 1961 classic contains the now-iconic map of The Kingdom of Wisdom, with its Mountains of Ignorance, Foothills of Confusion, and Sea of Knowledge — an perfect metaphor for how reading itself equips us with an invaluable compass for navigating the landscape of life. 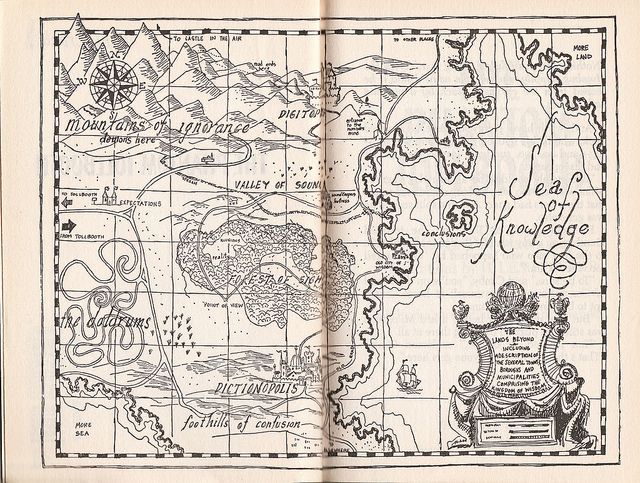 In resonance with Umberto Eco’s concept of the “anti-library,” Byrne points out that he hasn’t read all the books in his library, but has bought each one with the intention of reading it one day — a practice the Japanese call tsundoku.

I’ve digitized the complete alphabetized list of books in Byrne’s lending library, sent to me in a photograph by Brain Pickings reader Ben Hart. What emerges is confirmation that great art is always a mosaic of vibrantly varied influences.