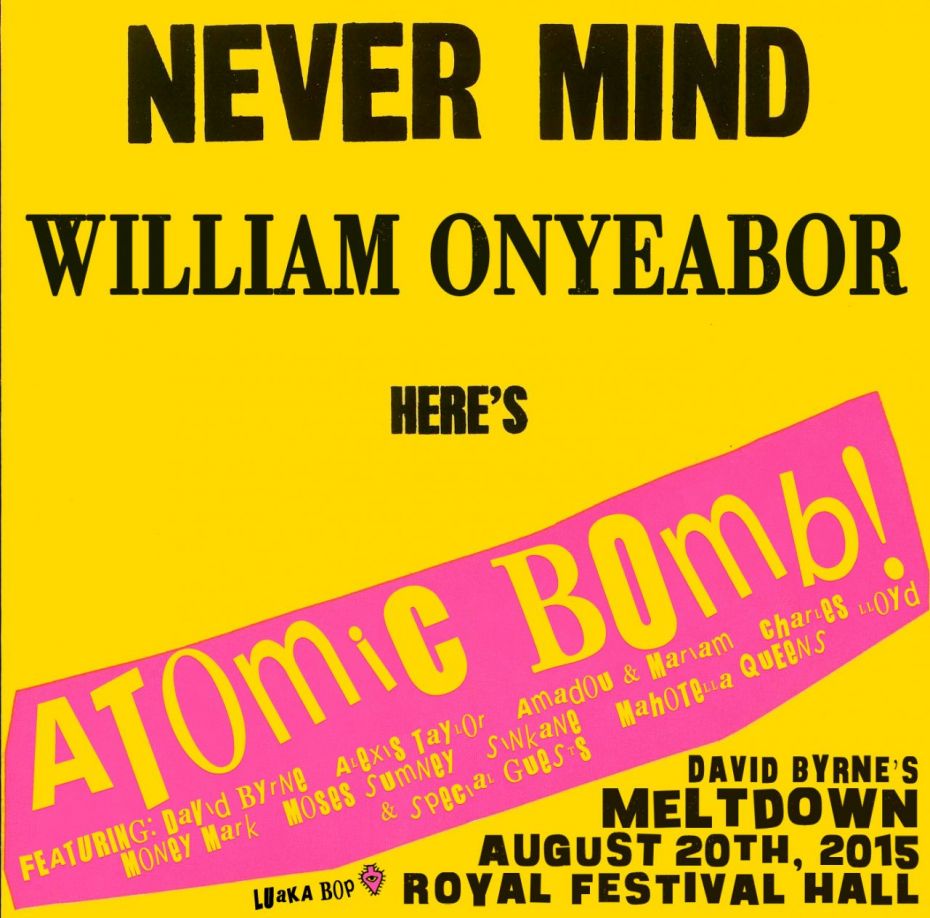 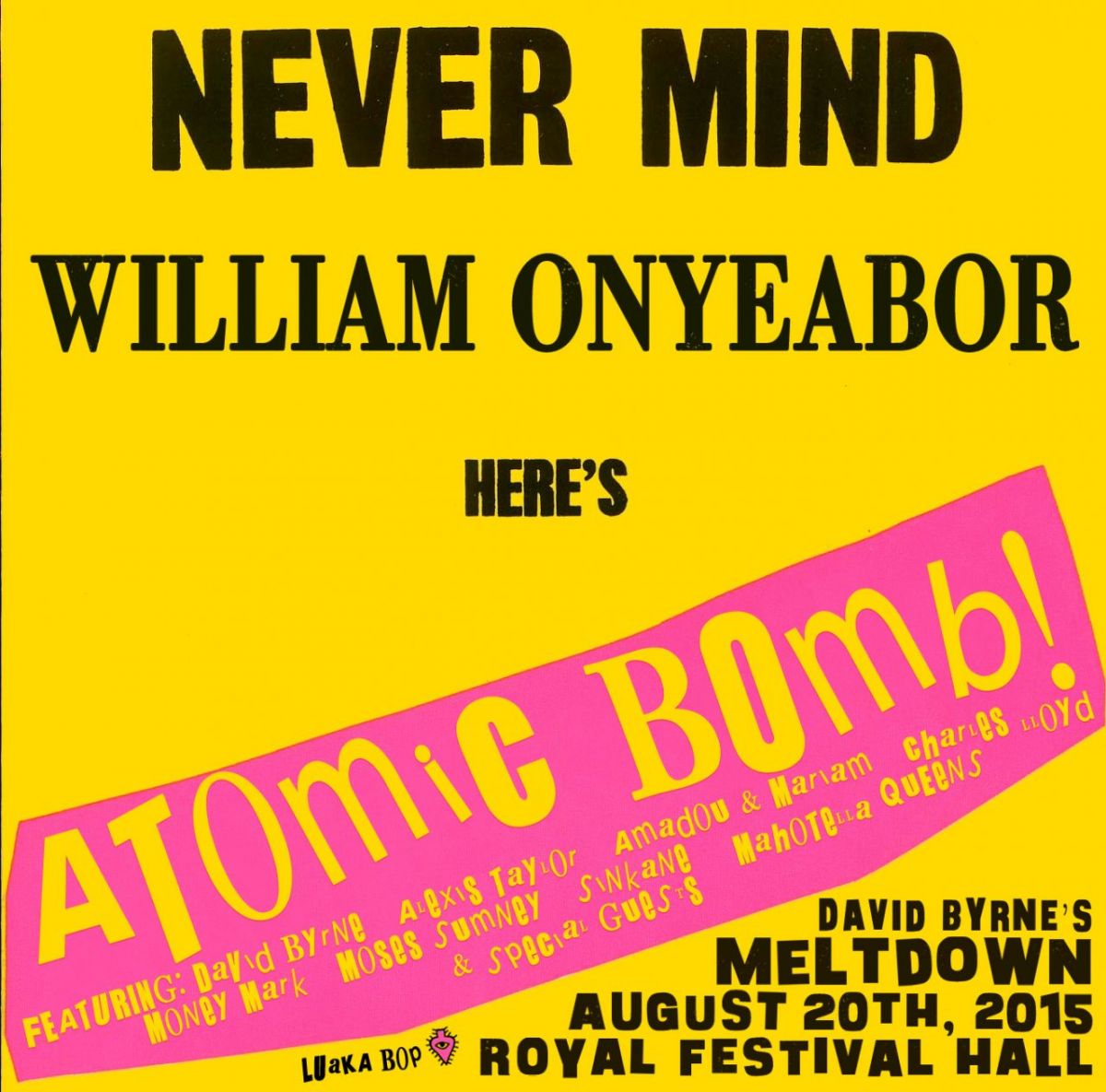 Happy to say the lineup for the Meltdown version of the Atomic Bomb! band (who play the music of eccentric African musical pioneer William Onyeabor) is now confirmed. It’s one of the more exciting lineups we’ve ever had as this concept has had a number of iterations, so tickets are going fast. Here is the lineup….some listed, like Alexis, Sumney, Amadou and Mariam and myself, will sing a few of the Onyeabor songs and play in the band on some other ones, while others listed below, like Sinkane, Mahoney and Money Mark, are key members of the band. The Queens will sing the parts originally sung by Onyeabor’s Nigerian female singers. Charles Lloyd, the legendary rare groove jazz saxaphonist, will join the horn and brass section throughout.

I participated in 4 of the previous versions of this show- NY, SF, LA and Mexico- and it is one of the most joyous ecstatic experiences I have ever been part of. In many (seated!) venues where we played the audience was on their feet by the 3rd song and never stopped dancing and swaying after that. Thanks to Eric and Yale for pursuing this crazy idea.

Here is an earlier (smaller) version of the band playing "FANTASTIC MAN" on The Tonight Show with Jimmy Fallon, a US late-night TV show: 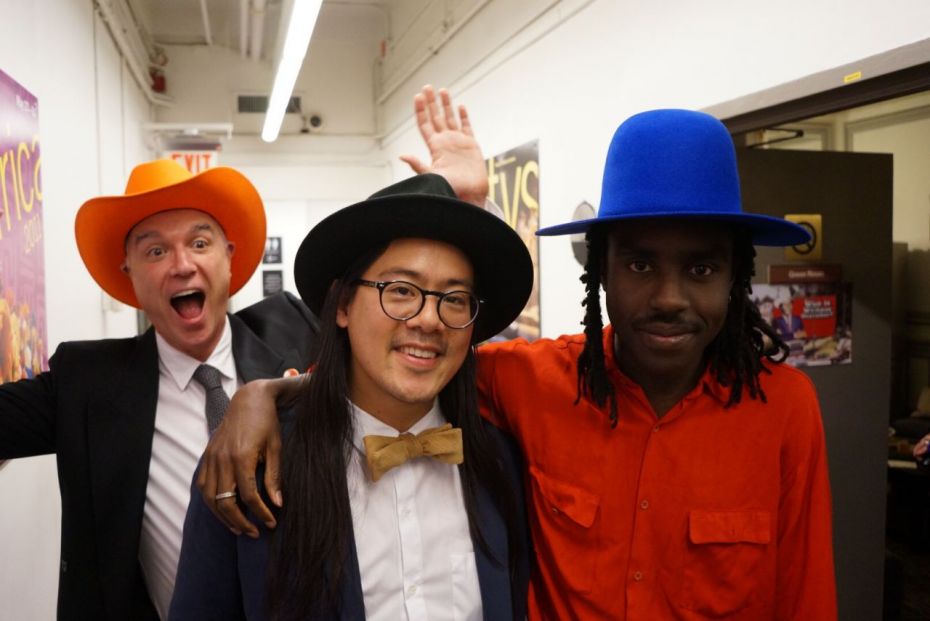 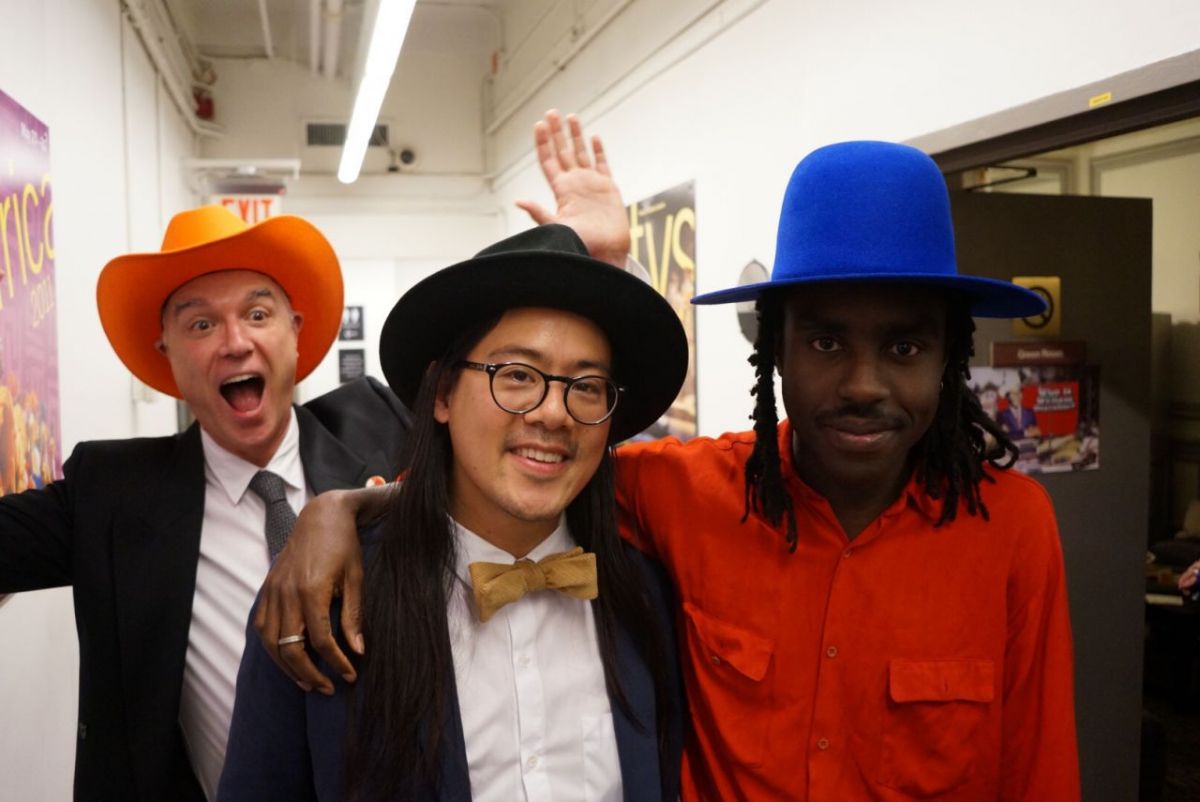