Our tour has taken us to South America. Periodic thoughts, reports and news from the road. 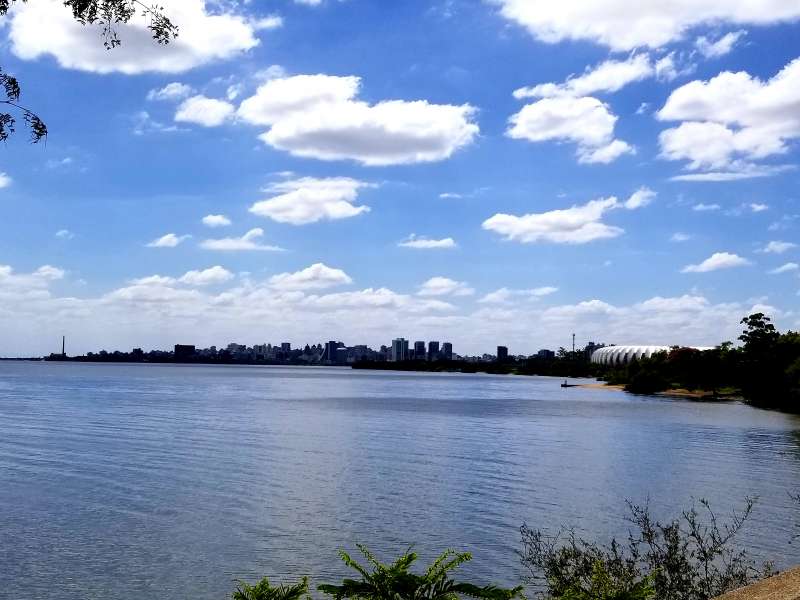 A few days ago we played in Porto Alegre, Brazil to a wonderful audience in a funky warehouse space near the airport. On entering the space, my heart sank a little—it was a hanger-like box with bars scattered around the edges. I didn’t think it would bode well for sound or comfort (for the audience)... but I was proven wrong, at least partly. The enthusiasm of the audience more than made up for any shortcomings of the venue.

Musical director of my six drummer percussion section, Mauro Refosco, has a friend in town with a recording studio complex, so after arriving the day before our show, a group of us headed there for a session and then a Brazilian BBQ—meaning lots of meat.

I was told there were security guys positioned outside the studio. In Brazil, security guards are a common sight. It is a country partly under siege by its own residents. One price of inequality is the loss of freedom. I was also advised not to walk to a nearby restaurant at night. I’m thinking, “I spent my life in NY in all kinds of neighborhoods. This area doesn't look very dangerous to me.” But I took their advice (for now).

A local cycling activism and bike-share group called Loop reached out to us, so the next morning a group of us arranged to meet them and go for a ride. We were joined by a couple who make bike-friendly clothing and a professor of architecture. They took us on a meandering tour of the city and then we continued on a lovely bike path along the river.

Cycling is making inroads here, though it still meets some resistance. In 2011, a driver intentionally plowed into a group of critical mass cyclists. 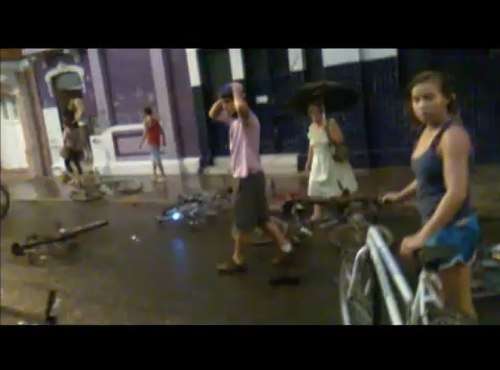 Photo courtesy of The City Fix

Tragic and horrible—though I might sympathize with those who feel that sometimes the critical mass tactic of blocking traffic might not be the best way to gain supporters.

Porto Alegre is a young city—200 years old, though it looks much younger than that. There are bike lanes! Protected ones, even. Not everywhere, but there appears to be a sizable and growing network; one can get around fairly safely. We went through some lovely city parks and passed a large distinctive building. 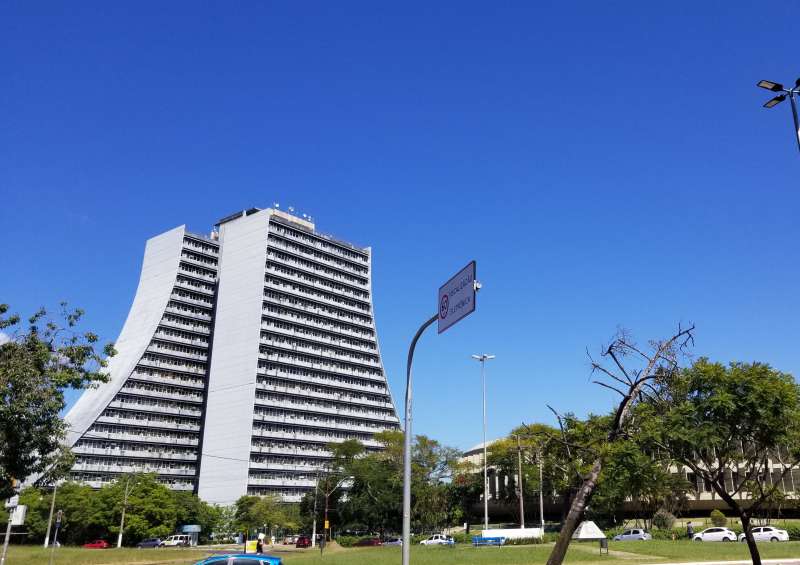 This is the Centro Administrativo Fernando Ferrari. The building’s construction began in 1976. Although, we were told, construction soon stopped. Eventually it recommenced, but when it did, the intended additional top floors were lopped off. It finally opened in 1987.

A little further, we passed the remains of an elevated transport system. The innovative project, Aeromóvel, was designed by Oskar Coester, a local engineer. The vehicles were designed to move on an elevated track, propelled by air and traveling 1010 meters in about 90 seconds—and being electric, they do not pollute. The system was partially built and then abandoned decades ago. A lone car sits in the middle of a track—unreachable.

The technology was good. It worked, and the engineer’s ideas were adopted in Indonesia and elsewhere. I quoted the old adage “the talent is not always recognized in their hometown”; my travelling companions all agreed.

We moved on to a beautiful bike path along the river. One of the group uses this as his daily commute which must be lovely—who wouldn’t prefer this over Los Angeles or São Paulo traffic? 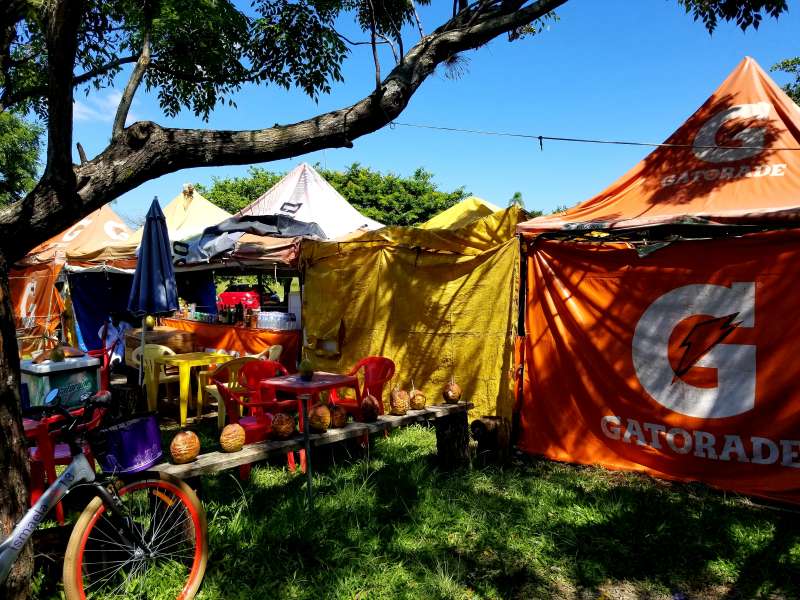 We stopped for coco (a fresh coconut cut open with a straw inserted to drink the milk) near a spot where a free outdoor theater stood. The theater was built by an architect who was a protégé of Niemeyer, the well-known Brazilian architect (more on him and his work later). 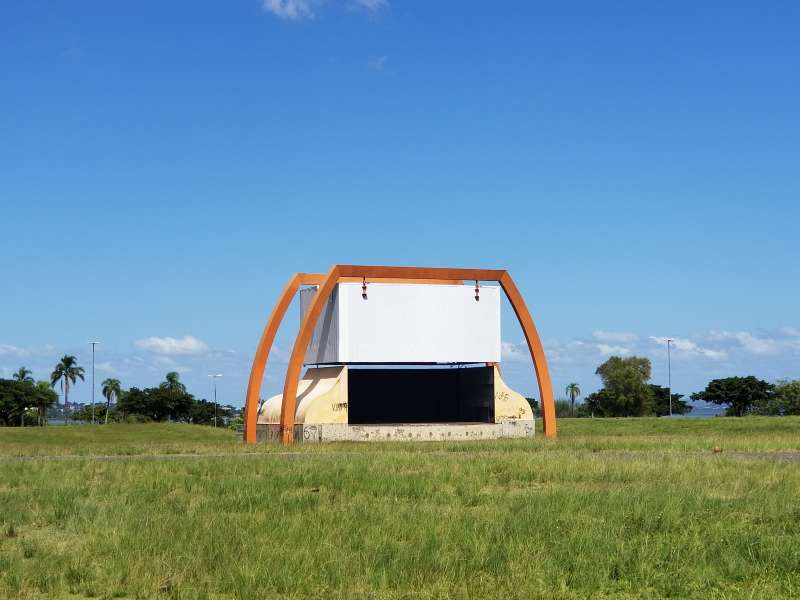 It was supposed to have been made entirely of concrete, as are Niemeyer's buildings, but at some point steel was substituted. From a distance, one can’t tell. I love the idea of free public theater and music shows here. If one imagines that the yellow wings are hips—this is a protégé of Neimeyer after all—then one wouldn’t be surprised by the sexy bulge in the back.

We passed a massive store called BIG, which wasn’t an exaggeration. 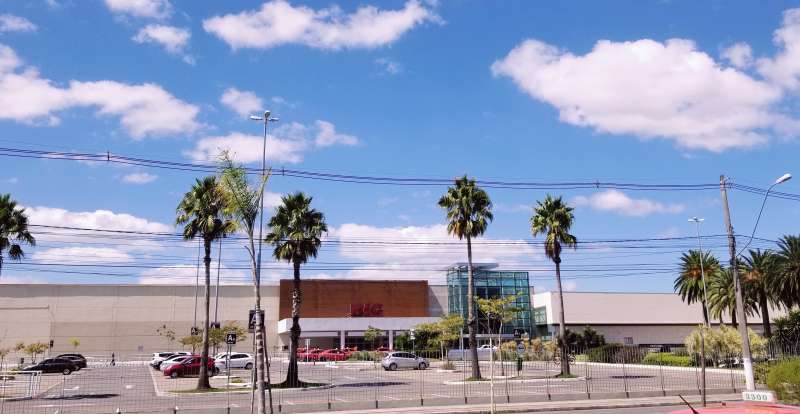 They are owned by Walmart, and oddly sometimes we’ve seen BIG and Walmart stores on the same highways. Walmart was caught bribing government officials in Latin America in order to get around business regulations and receive prime locations.

An inlet. One of the group said his grandfather used to swim here often, his father once in awhile, he and his friends—never.

We came upon the Ibêre Camargo Foundation, an art museum by the famous architect Álvaro Siza with a spiral design similar to the Guggenheim. Unfortunately the arts budget has been slashed here, and it’s now only open a couple of days a week. 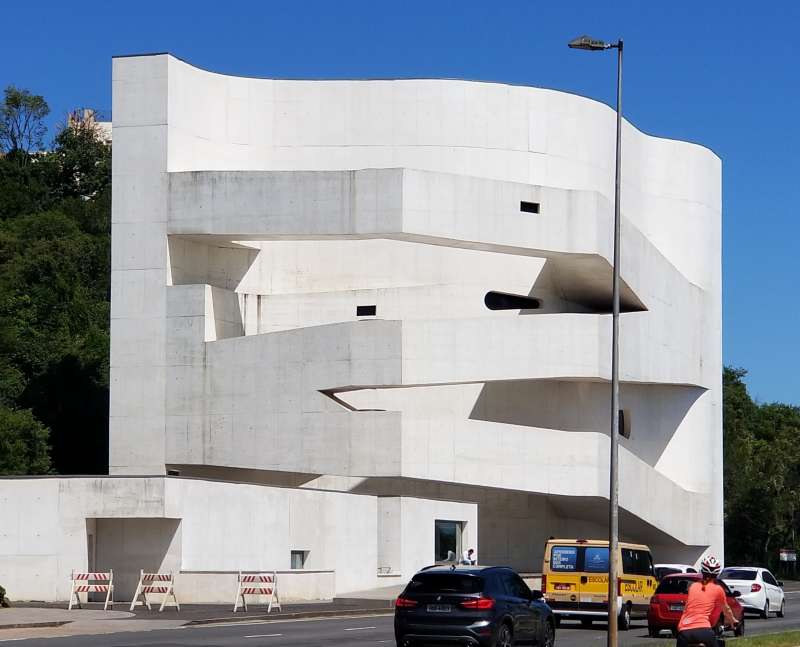 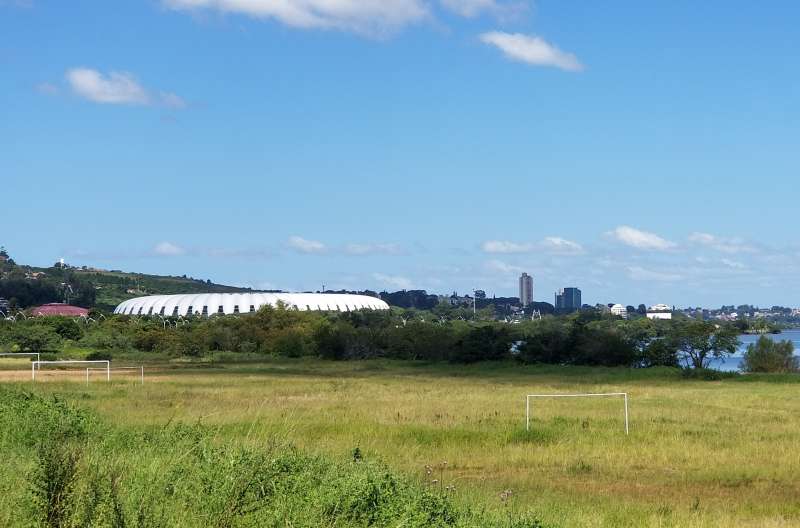 There are two teams in Porto Alegre—the red and the blue. Originally the red (and white) team, Internacional, was aligned with the workers; which might seem obvious given the name and the color.

These days there is almost no distinction between supporters. Internacional has won many national and international awards. This city punches well above its weight in football. It often rivals São Paolo.

Next to the stadium is an “illegal” housing complex—one is not supposed to build on the hills. But in the '70s and '80s, when these were built, officials were either bribed or looked the other way. 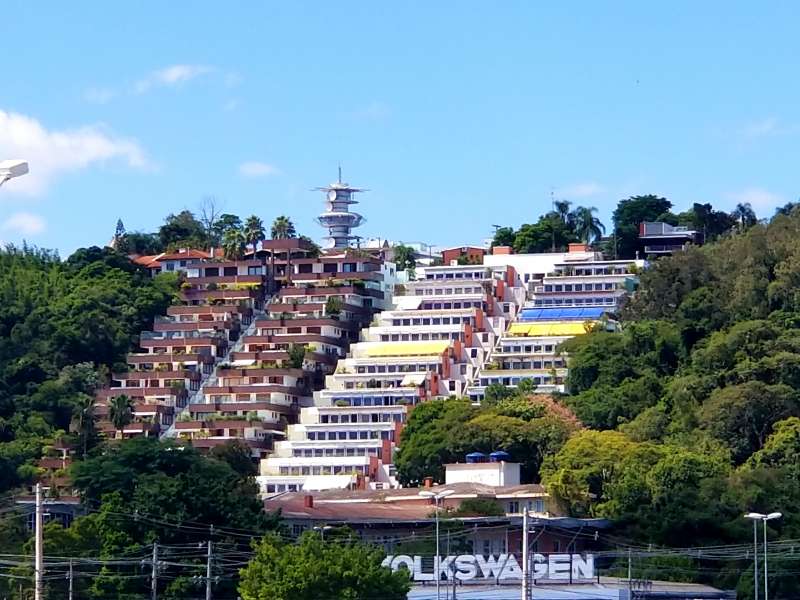 Eventually we circled back to our hotel. Big thanks to Loop and the others who were so generous showing us around, and congratulations on the great work they are all doing.

Our show went incredibly well. We left the next morning—an unfinished airport terminal was being torn down next to our gate. 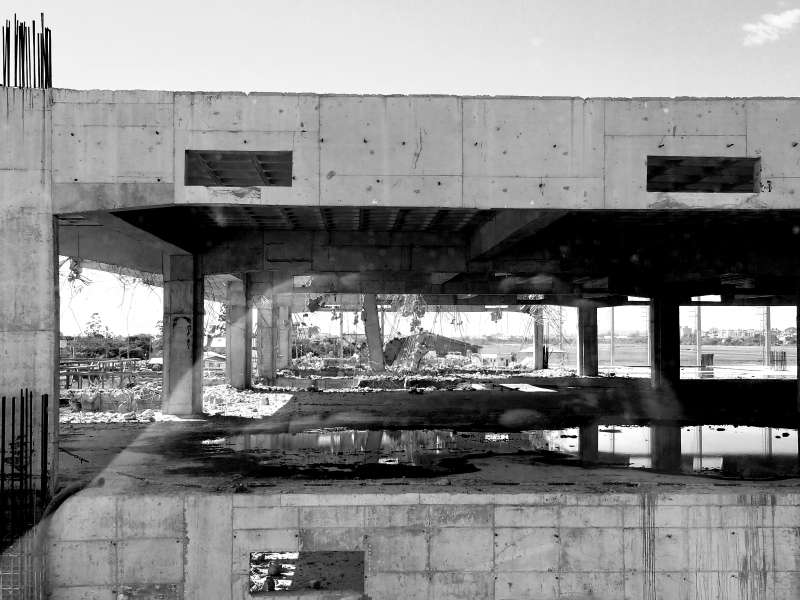