A while back I got asked to present Annie Clark with a Smithsonian Ingenuity Award. I immediately said yes. The ceremony was Tuesday night in D.C., at the Kogod Courtyard of the National Portrait Gallery. The courtyard is a pretty amazing space, designed by Sir Norman Foster, a lot like the interior treatment of the British Library that he also did. Not sure which came first. Maybe acoustically it's a bit echoey—though Annie's solo performance sounded fine.

The museum itself is a palace...I suspect it was originally built for some other purpose, but now it houses a mixture of work by US artists, only some of which are portraits.

A couple of years ago Annie and I were invited to DC by NPR. During that trip, I insisted she see The Throne of the Third Heaven of the Nations’ Millennium General Assembly, a wonderful artwork/installation and major piece of "outsider" art that was discovered in a GARAGE here in DC. It now has a section of their large folk art gallery all its own. 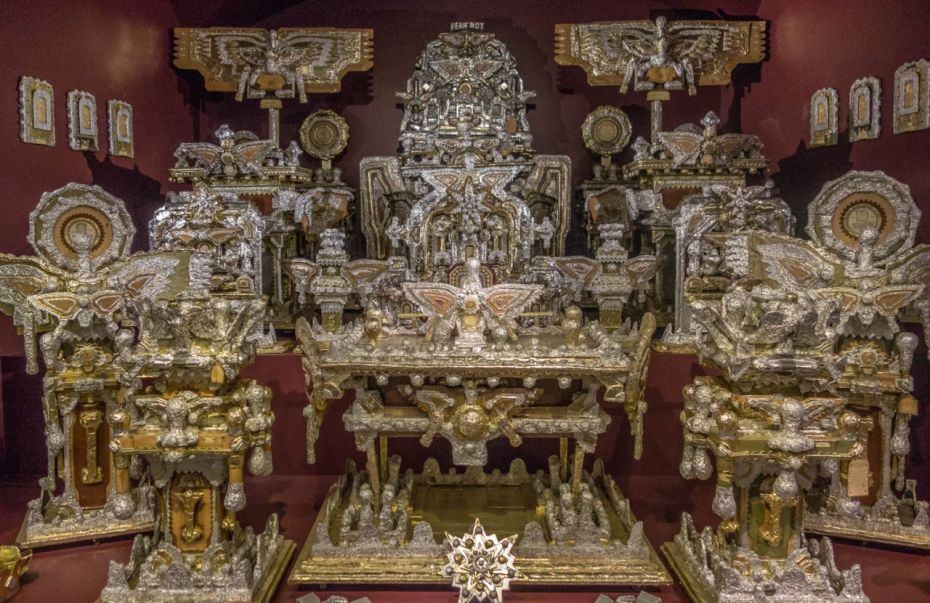 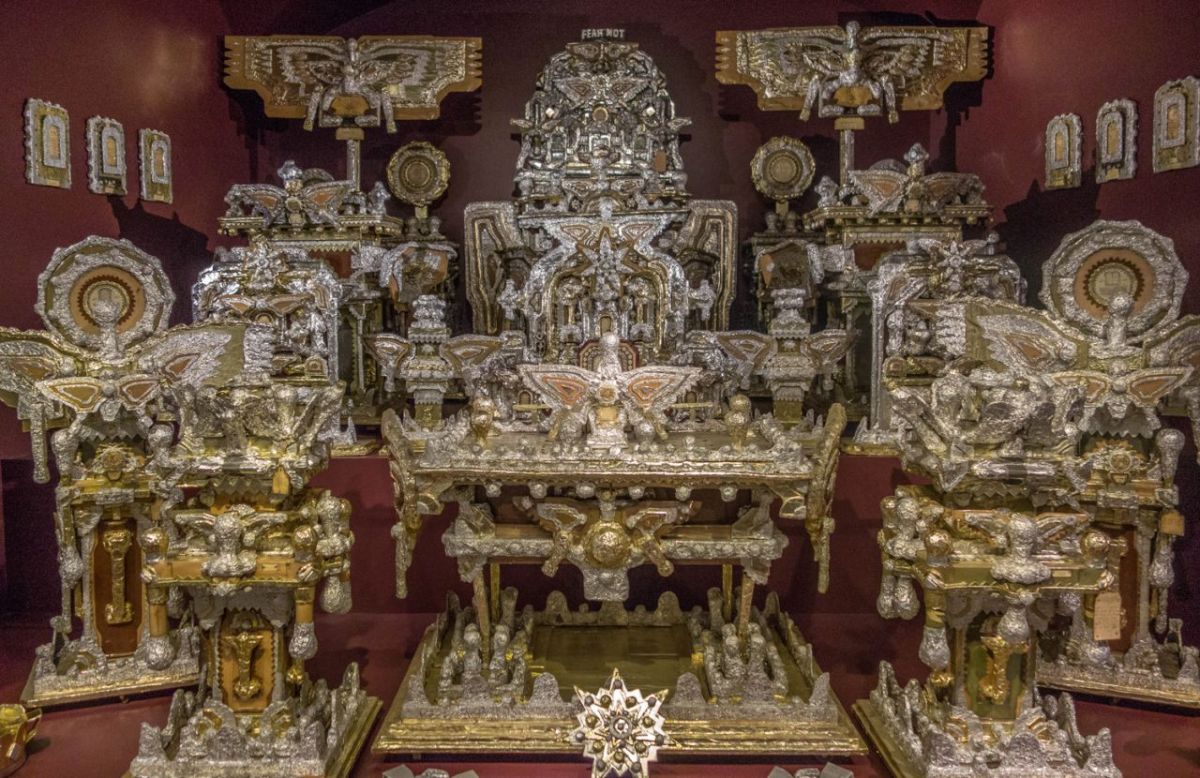 It was made over the course of many years by James Hampton. There's a whole theology that he invented that is partially expressed in this work, made largely of tin foil—a holy material if ever there was one.

Some enlightened person in the federal art bureaucracy realized that US art isn't all that abstract stuff from the 50s and 60s that was endorsed as a weapon in the cultural front of the Cold War. Here is an incredible, spiritual shrine made by a black man, not part of any church or institution. America at its best, in my opinion.

Of course, there are portraits in one wing of the museum, too. A new one of Colin Powell is prominently displayed: he who is quoted post-My Lai Massacre saying that relations with the Vietnamese are excellent and later helped lead us to invade Iraq with lies about yellowcake uranium. Hero or lying war criminal—you decide.

Most other portraits are historical and make a weird contrast with the Throne of the Third Heaven and the Finsters in the other wing. 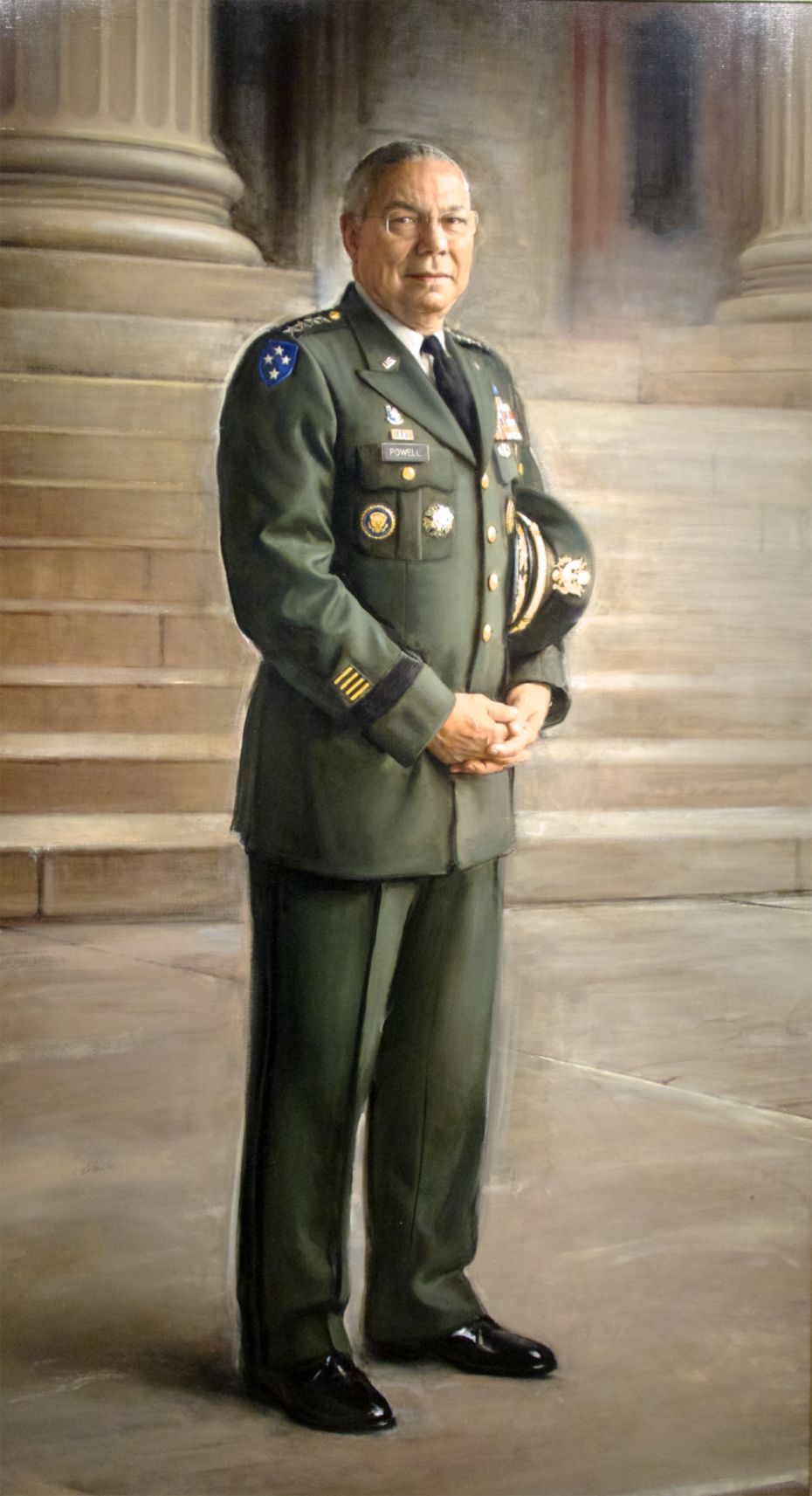 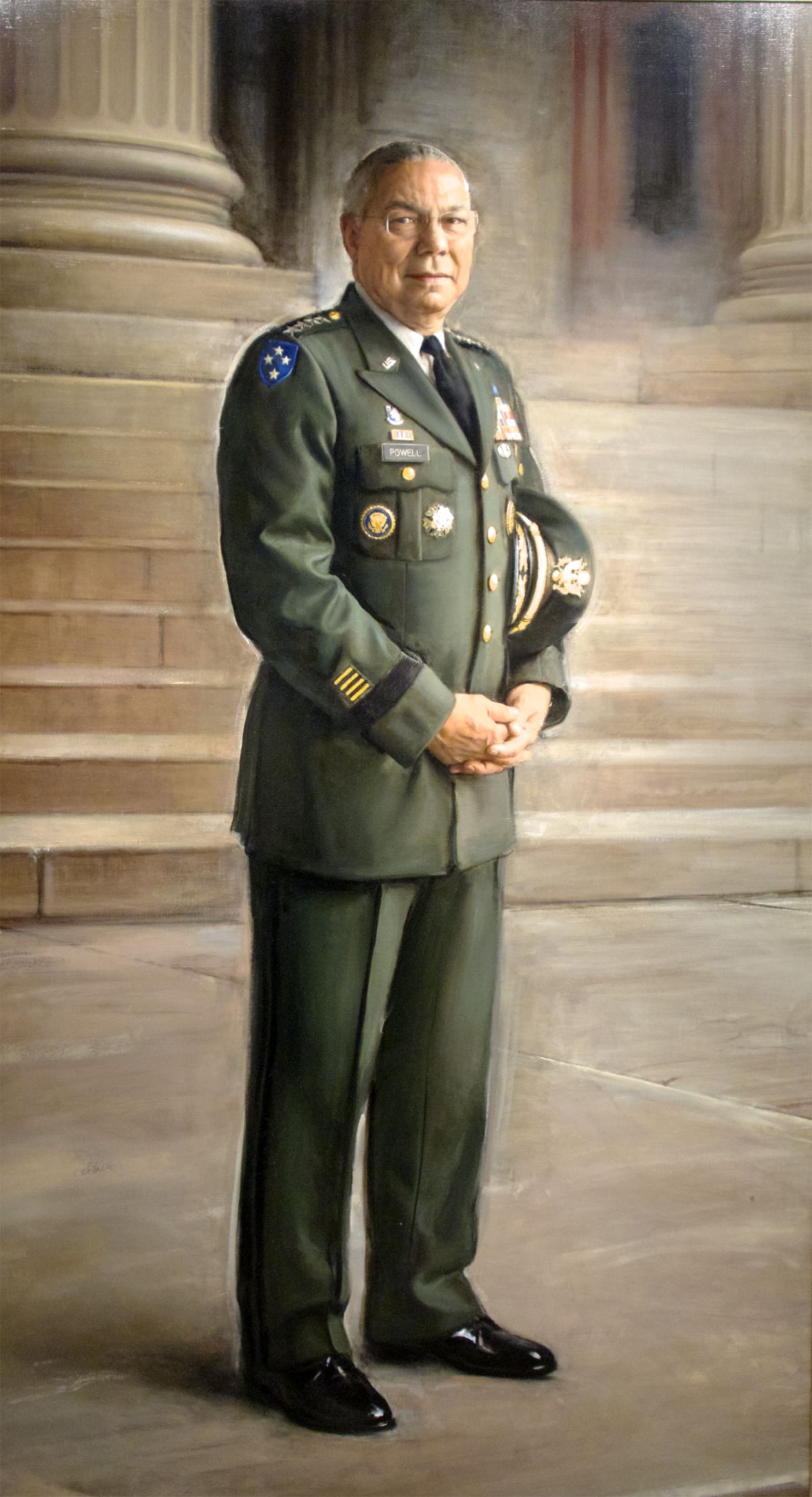 Enough griping. The awards are something to celebrate, and not just because my friend and collaborator Annie Clark got one. The other recipients were:

Adam Steltzner, who looks more like a rock star than we do and designed the Mars Curiosity rover. The New Yorker did a big piece on him and his "sky crane," by which the rover was safely placed on the surface of Mars.
Caroline Hoxby, who developed a cheap information packet that helps low-income families get their smart kids into top colleges.
Caroline Winterer, a historian who used computer analysis to trace letters from a pre-presidential Benjamin Franklin, and discovered the links that led him to the intellectual elite of the Enlightenment era.
John Rogers, a materials scientist who invented "transient" circuits that could dissolve readily into the human body.
Dave Eggers and Mimi Lok, who run a McSweeney's spin-off called Voice of Witness that publishes a series of books where folks tell their own stories of human rights violations, immigration hassles and other things that are not supposed to happen.
Doug Aitken, who did a cool projection art thing on the circular exterior of the Hirshhorn Museum last year.
Michael Skinner, who has proposed that we inherit things that we have been environmentally exposed to and pass them on to our children and their children. Not genetically, but through epigenetic exposure to toxins.
and Saumil Bandyopadhyay, an 18-year-old who developed a super cheap infrared detector.

Quite the eclectic bunch, eh? 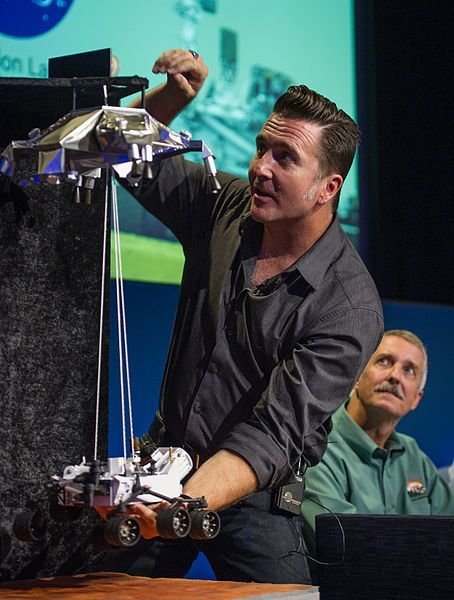 At the cocktail reception, an astrophysicist, Mario Livio, came up and said hi to me. He's a music fan and was presenting the award to Adam Steltzner. I mentioned that I'd just read a beautifully written review in the New York Review of Books of a book on mathematics on the train trip down. Here is an excerpt from the review:

"Mathematical beauty, like the beauty of, say, a late Beethoven quartet, arises from a combination of strangeness and inevitability. Simply defined abstractions disclose hidden quirks and complexities. Seemingly unrelated structures turn out to have mysterious correspondences. Uncanny patterns emerge, and they remain uncanny even after being underwritten by the rigor of logic."

The book is called Love and Math: The Heart of Hidden Reality and it's about a young Russian prodigy and how he sees math as a way of expressing the beauty in the world. A bit like music, I thought to myself.

It was that kind of evening. Annie and I thought ourselves very lucky to be in such company. It was a little like a day of TED talks all compressed into one evening, but with wine and food added. A bit much to take it all in, but worth trying. Who's idea was this? It's way cooler than most awards things that seem to all have some promo agenda. By the time I was to introduce Annie (the last award as she'd be performing right after), I realized that everyone probably had had enough talks, as wonderful as they were. So I abandoned my notes, ignored the teleprompter and winged it. I talked about what I said above: what a wonderful world was represented here where the arts can mix with science and with social activism. I also said some nice things about Annie, but there was no need to explain what she does, as she was going to demonstrate that herself.

This was only the second year of these awards—I hope they can continue in this spirit. Winners from the previous year were present too, so there was a feeling of continuity. It's going to get crowded if they stick with that policy, as many of us will jump at the chance to hear and mingle with such an exciting group.