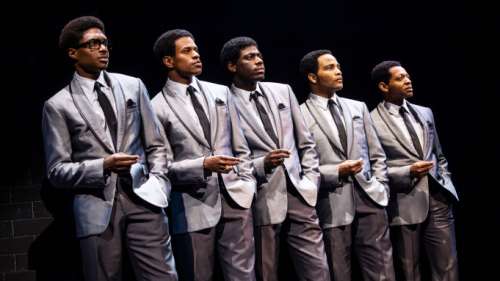 The world outside New York’s theater district will get to see what all the Broadway fuss was about when this season’s musical productions get their moments in the Tony broadcast spotlight Sunday.

Confirmed to perform during the CBS live broadcast are Ain’t Too Proud – The Life and Times of the Temptations, Beetlejuice, The Cher Show, Choir Boy, Hadestown, Kiss Me, Kate, Oklahoma!, The Prom and Tootsie.

The roster means Jeremy Pope, who starred in the now closed Choir Boy and currently appears in Ain’t Too Proud, likely will be making two Tony night performances.

Cynthia Erivo, a Tony winner in 2016 for The Color Purple, has also been confirmed for a special performance. No details on that yet.

Ricky Kirshner and Glenn Weiss of White Cherry Entertainment will return as executive producers. Weiss will also serve as director. Ben Winston is a producer.