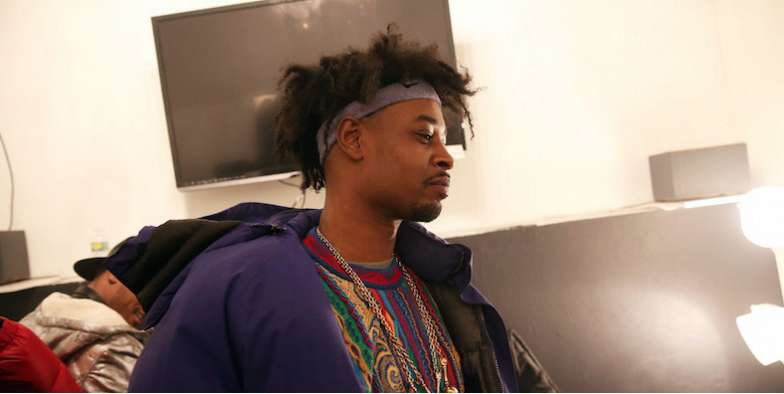 Yesterday, Danny Brown shared a taste of his upcoming album by releasing the video for “When It Rain.” Today, he chatted with Zane Lowe on Beats 1, giving more details about the still untitled record. He told Lowe that Talking Heads were a large influence on the album, and called David Byrne a “legend.” In particular, he said he was interested by how he could implement the band's visual presentation into rap music, and was especially inspired by a book on Fear of Music that his manager gave him during the recording process. (He also said he's currently "messing with Little Creatures.") Beyond that, he talked about what he's currently listening to while exercising: Lil Uzi Vert and Radiohead's A Moon Shaped Pool. (A Moon Shaped Pool, he said, makes him “a little tired” when he runs.) Listen to the full interview below. Brown’s last album, Old, came out in 2013. Recently, he and DOOM were featured on the Avalanches’ new song “Frankie Sinatra.”