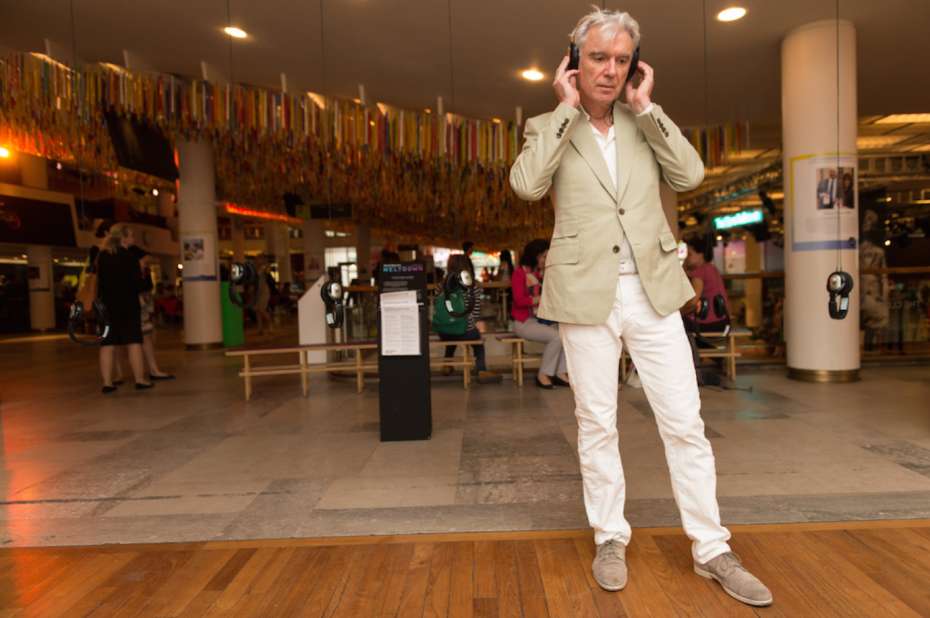 When David Byrne does anything (literally, anything) people take note. Byrne's influence on art, on music, on culture as a whole has been profound since the beginning of the Talking Heads in the mid-'70s. Most recently, he's dabbled in some brilliantly weird art and collaborated with St. Vincent, who is among the most dominant forces in music. Today, in a lengthy post on his website, Byrne provided a scholarly analysis of yellowing apple slice Donald Trump, his political rise, and the social media-influenced groups that promote his type of thinking in our society. Here's a taste:

Trump supporters are immune to criticism and to the exposure of his lies and false accusations: for the most part these algorithms and subsequent self-censorship make it so that they never see anything but what they already agree with. As often happens when groups of like-minded individuals discuss something, the result is that their points of view are not only reinforced but also become more extreme.

Byrne's argument is one possible rationale for many factors that have led to Trump's terrifying presidential bid. And though it's not the answer by any means, he, as always, gives you something profound to think about:

Like most people, I gravitate to others who probably share many of my viewpoints … but not always. If it's not already been filtered and combed through, sometimes we discover that friends hold some surprising viewpoints. And because they're friends—or at least because I respect them—I'll take those ideas on board, for a little while at least.