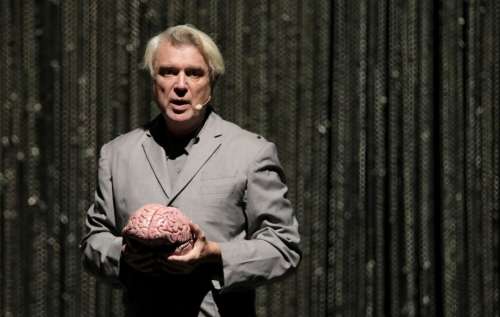 David Byrne will take his American Utopia tour to Broadway later this year, it has been announced.

The former Talking Heads frontman will be the latest musician to hold a residency in New York’s Theatreland, following the likes of Bruce Springsteen and Morrissey.

Byrne’s stint will take place at the Hudson Theatre and will open for previews on October 4, 2019, with an official opening taking place on October 20. The residency will run until January 20, 2020.

In a statement, the musician explained why he was taking the show to Broadway. “Because of how theatrical the show is, others started telling me ‘this needs to go to Broadway,’” he said. “Why not? But what did that mean? Parked in a beautiful Broadway theatre we can perfect the sound, the lights, the movement. I thought to myself that this new context might be good – it might bring out the narrative arc a little bit more, to make it just a little more explicit.

“I asked Alex Timbers, whom I’d worked with twice before on musicals, to help. He brought some original and insightful ideas to the room, ideas I was too close to imagine, and we used those to build on what we had.”

He added: “People ask me will I be darting into a town car after these shows or taking a flying leap onto my bicycle…take a wild guess.”

As with the touring version of the show, American Utopia on Broadway will feature 11 musicians plus Byrne performing versions of both his solo songs and Talking Heads material, with choreography by Annie-B Parson on stage presented free of the usual amps and equipment of typical live shows. You can watch a trailer for the show above.

Last year, NME said Byrne’s American Utopia tour “may just be the best live show of all-time”. The musician later released a six-song live EP from the theatrical performance and named it after that quote.