Co-created with Mala Gaonkar, Neurosociety will be seen in California. 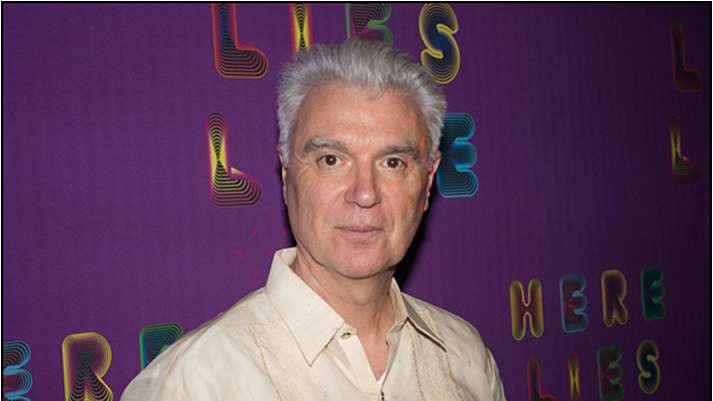 Byrne and Gaonkar said in a statement, “Experiments, we feel, are a form of theater. We have adopted elements of art installation and immersive theater to present these experiences in ways we think will be as engaging for others as they have been for us. We traveled and met with many scientists who generously welcomed us, patiently answered our untutored questions, and creatively collaborated with us on this project. In the course of creating The Institute, the work of our partner labs has become both a window and a mirror through which we view ourselves and our larger interactions with the world. We wanted to share these concepts with as many people as possible.”

In Neurosociety, according to press notes, “groups of ten visitors will be guided through four separate spaces, where they will participate in immersive theatrical demonstrations and experiments. Each interaction will reveal how the brain builds a subjective measure of the world and is fundamentally guided by pragmatic concerns anchored in personal experiences. These responses gradually reveal not only aspects of ourselves but also how we interact with others, often in counterintuitive and surprising ways. Visitors will be embodied in a doll, see their hands grow to a vast size, accurately predict election results of fictional politicians, witness moving objects freeze and discover how fair and trusting they are with others. Rather than read about cognitive behavioral science, visitors will experience it for themselves, in a visceral and entertaining way. Each room will be a stage that mirrors a strange, yet familiar, series of people and places. With the consent of participants, visitors’ reactions and decisions will be anonymized and used by the labs to further their research. Each visitor thereby becomes a unique and integral part of The Institute’s ongoing research.”

Talking Heads’ Byrne co-created Here Lies Love, the musical about Filipina First Lady Imelda Marcos, with dance DJ Fatboy Slim. His new musical about Joan of Arc, entitled Joan of Arc: Into the Fire, will debut in 2017 at the Public Theater.

The 80-minute Neurosociety performance is recommended for those 13 and older.