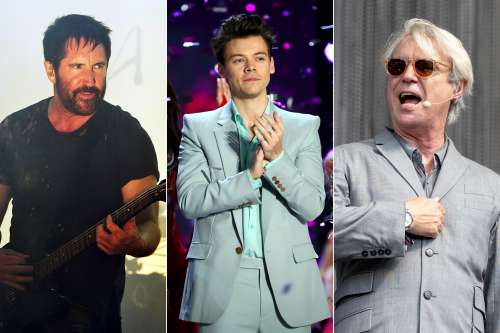 The Rock and Roll Hall of Fame has announced the names of the presenters for this year’s induction ceremony. Presenters will include Harry Styles for Stevie Nicks, Queen’s Brian May for Def Leppard, Trent Reznor for the Cure, Janelle Monáe for Janet Jackson, David Byrne for Radiohead, the Bangles’ Susanna Hoffs for the Zombies and John Taylor and Simon Le Bon for Roxy Music.

The ceremony will take place at the Barclays Center in Brooklyn, New York on March 29th. Details on performances have not been made public, but Def Leppard, Stevie Nicks, the Zombies and Roxy Music are all expected to perform. Thom Yorke has indicated that he will not be in attendance because a piano piece that he wrote is debuting at the Paris Philharmonic nine days after the event. “The Rock & Roll Hall of Fame… we’ve always been very blasé about that stuff,” Yorke told Variety in January. “So we don’t want to offend anyone. We just think that we just don’t quite understand it. We’ve had it explained to us, so it’s cool. But we don’t really understand it as English people.”

The Zombies, however, have a very different take on the situation. “I think it kind of validates everything we’ve done,” singer Colin Blunstone told Rolling Stone. “This is the pinnacle, to be inducted into the Rock and Roll Hall of Fame. What a reward for all of the ups and downs over the years.”

Def Leppard’s Joe Elliott feels the same way. “How wonderful to be in the same club as the Rolling Stones and the Beatles and the Who and Queen,” he told Rolling Stone. “It’s a good club to be in.”