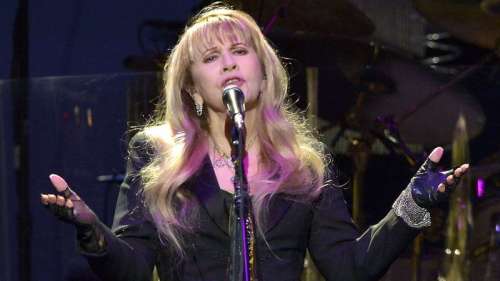 Rock goddess Stevie Nicks will be ushered into the Rock and Roll Hall of Fame for a second time on March 29 by former One Direction heartthrob Harry Styles, while David Byrne will handle the welcoming in of English rock band Radiohead and Queen’s Brian May will do the same for English heavy metal band Def Leppard at the ceremony at Barclays Center in Brooklyn.

As previously reported, the 2019 class of Rock and Roll Hall of Fame inductees has a pronounced English accent, as British rock bands the Cure, Def Leppard, Radiohead, Roxy Music and the Zombies will join the hall’s ranks.

The selection of Nicks in her first year of eligibility as a solo act is additionally noteworthy in that she becomes the first female musician to be inducted into the hall twice. She was previously voted in as a member of Fleetwood Mac in 1998.

The acts being inducted represent a broad time span from when each entered the public spotlight — from the Zombies, whose 1965 debut album arrived during the height of the British Invasion, on up through Radiohead, the alt-rock group that issued its first single in 1992 and its debut album in 1993.

To be eligible for induction, at least 25 years must have elapsed since musicians’ first recordings were released, as a way of ensuring that inductees’ contributions have stood the test of time.

At the ceremony, Janelle Monae is on tap to give the induction speech for Janet Jackson, Nine Inch Nails’ Trent Reznor will do the honors for the Cure, Duran Duran’s John Taylor and Simon LeBon will deliver the speech for Roxy Music and the Bangles’ Susanna Hoffs will bring in the Zombies.

The annual induction dinner and ceremony will be taped and highlights of the speeches and accompanying performances saluting each of the 2019 inductees will be compiled into an HBO special slated to premiere on the cable channel on April 27.

Those giving the speeches also typically join in the musical salutes to those inductees, often along with other artists chosen to fete them.

If the pairing of Fleetwood Mac singer Nicks with Styles seems an odd couple, it’s worth remembering that when Styles played a solo show in 2017 at the Troubadour in West Hollywood, Nicks joined him for a duet version of her song “Landslide.”

Along with the induction dinner and ceremony itself, the Cleveland hall of fame also will put up a new exhibit opening March 22 that spotlights each of the year’s honorees.

Left behind this time from the slate of nominees that made the final ballot for consideration are a slew of American musicians: Todd Rundgren, John Prine, Devo, Rage Against the Machine, LL Cool J, MC5 and Rufus featuring Chaka Khan. In addition, the hall’s 1,000-plus voting membership again overlooked influential German techno band Kraftwerk.

As has increasingly been the case in the six years since officials instituted a fan-voting component in 2012, acts ultimately chosen for induction also strongly reflect the vox populi: Def Leppard won that balloting this year, collecting more than 500,000 votes among the total of 3.3 million entered in the fan competition.