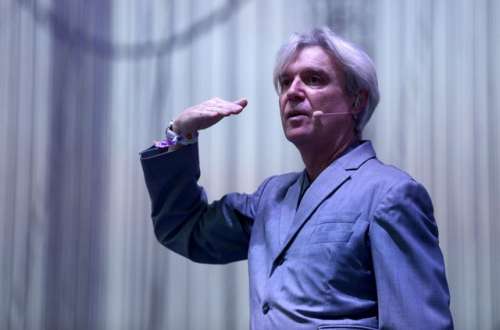 The Rock and Roll Hall of Fame ceremony is set to take place on March 29 at Brooklyn’s Barclays Center, and the list of induction speakers has been announced today. The list of inductees was confirmed in December. Radiohead will be inducted by David Byrne, and The Cure by Trent Reznor. Janelle Monáe will induct Janet Jackson. Harry Styles has been assigned to Stevie Nicks, Duran Duran’s John Taylor and Simon Le Bon to Roxy Music, the Bangles’ Susanna Hoffs to the Zombies, and Queen’s Brian May to Def Leppard.

Thom Yorke has said he will be skipping the Rock Hall induction ceremony; it’s unclear whether other members of Radiohead will be present to accept Byrne’s praise as well as the award. (Radiohead is named after a 1986 Talking Heads song of the same name.) Confirmed presenter Trent Reznor’s band Nine Inch Nails has been left off the Rock and Roll Hall of Fame ballot for the past two years after being nominated in 2016. Reznor responded last year: “Rock And Roll Hall Of Fame, who knows what that is. I don’t give a shit. It’s irritating every year that suddenly my inbox lights up with, ‘Oh man, sorry about …’ I don’t give a fuck! … the worst would be if we did [get inducted] and then what? We’d have to fuckin’ show up and jam?”