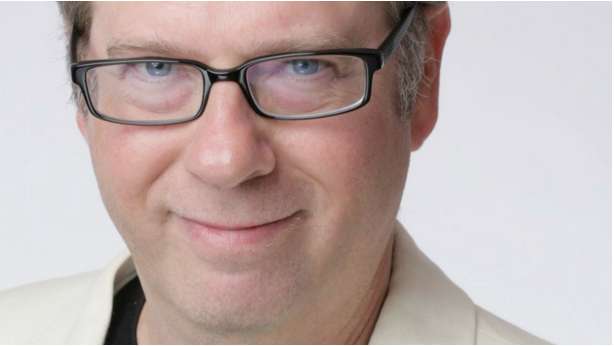 Pod-Canon is an ongoing tribute to the greatest individual comedy-related podcast episodes of all time.

A great podcast can be just about anything. The default podcast format may be a funny person engaged in a conversation with another funny person about the art and craft of making people laugh for a living. But as the previous entry in this column hopefully illustrated, it could also be something as eccentric and seemingly unpalatable as a pair of men who don’t know much about basketball calling a woman’s recreational league basketball game.

Or a great podcast can be something as simple as a man telling a story into a microphone. This is particularly true if the man in question is character actor turned all-around raconteur and bon vivant Stephen Tobolowsky. With considerable assistance from podcaster and critic David Chen, Tobolowsky has reinvented himself as one of film world’s best and most beloved storytellers. Chen has done a masterful job of broadcasting Tobolowsky’s voice out into the world. It’s a voice that is at once kind, funny, deeply humane, whip-smart without being pretentious, full of curiosity and appreciation for the complexities of the human condition and quietly, gently philosophical.

Tobolowsky understands the intimacy of the podcasting medium, the way that a really transcendent podcast can feel like an old friend you didn’t even know you had whispering something special and important directly into your ear. Tobolowsky combines a novelist’s gift for indelible turns of phrase that conjure up weird worlds lost to time with a character actor’s genius for wringing every last bit of meaning out of the words at their disposal.

Tobolowsky has a giddy abundance of stories, but few can compare to the appropriately surreal and mind-bending account of how Tobolowsky and his partner, acclaimed playwright turned screenwriter Beth Henley, came to have writing credits on True Stories. It’s a film that so perfectly reflects the mindset, worldview, and sensibility of writer and director and star and soundtrack composer David Byrne that I assumed that the film simply sprung out of his big, beautiful brain fully formed and ready to be screened.

The reality is a little more complicated than that, although the admiring Tobolowsky makes it clear that True Stories is very much Byrne’s unadulterated personal vision. He was just fortunate enough to be in the right place, at the right time, with the right partner, to add his own oddball energy to the project, most notably in the form of the film’s loose framework, about a big anniversary celebration that would bring together the film’s menagerie of tabloid characters and provide some sense of structure to the songs and characters and ideas rampaging through Byrne’s vivid imagination.

Tobolowsky conveys how overpowering it was to be introduced to the music and the presence of The Talking Heads while watching Stop Making Sense, the band’s all-time classic concert film, with the band itself in attendance. At the time, Henley’s wife had the kind of professional heat writers dream of one day possessing thanks to the critical and commercial success of her play Crimes Of The Heart.

After Crimes Of The Heart came out, just about everyone in the world wanted to work with Henley, including Melvin & Howard director Jonathan Demme. Tobolowsky has a real gift for honing in on details that sneakily define a person. In this case, that oddly defining detail is Demme’s love for the same stand-up arcade games that fascinate Tobolowsky.

In just one of many wonderful, eminently quotable phrases that litter the podcast, Tobolowsky says that Demme loved playing video games both because it facilitated meditation, but also because it provided the “satisfaction of killing things.”

Henley and Tobolowsky become friendly with Demme and Byrne and Byrne, at the height of his creative and commercial power, shares with Tobolowsky some ideas he has for a movie that he wants Tobolowsky and Henley to help him turn into an actual screenplay that could be made into an actual film.

Byrne’s ideas take the perfectly insane form of a series of clever, kinetic drawings Byrne has scrawled on the walls of the furniture-free home where he was currently residing. Byrne has the personal eccentricities of a crazy person, and the incontrovertible talent of a consummate creative genius and even in this rough, embryonic form, Tobolowsky could see that there was a method to Byrne’s madness.

Tobolowsky was inspired by Byrne’s creativity, and his desire to make a movie built upon the idea that the crazy articles that popped up in sleazy newspaper tabloids Byrne read while on tour were real, that they were true stories that just happened to look and feel like impossible pulp.

The podcaster, writer, and actor concedes that when he was working with Byrne he felt that no experience was so transcendent or mind-blowing or awesome enough on its own that it couldn’t be greatly enhanced with drugs. So when Byrne came to his home, Tobolowsky tried to usher his new friend into his private world of cocaine enjoyment, only to have Byrne tell him, politely but firmly, that he doesn’t do that.

Shame is often an endemic part of drug use. The addict feels a sense of shame about doing something society tells them is wrong so they try to make their world seem less sketchy and sad by roping other people into it, in having others share their weaknesses. But in that tension-filled moment, Byrne was unmistakably closing the door that Tobolowsky had just opened, not out of judgment, but just because that isn’t the kind of man Byrne is. Besides, I imagine that being David Byrne is a mind-altering experience in and of itself that makes using drugs both redundant and pointless.

If Byrne says nope to dope and “ugh” to drugs, he happily mainlines Tobolowsky’s stories, most notably a too-strange-for-fiction account of Tobolowsky’s collegiate stint as what appears to be a bona fide, genuine psychic, someone adept at reading people’s “tones” as if fiddling with the buttons on a radio.

Though Byrne ended up not using much of Tobolowsky and Henley’s contributions in what would become True Stories, keeping only the overarching structure and about a dozen or so lines, he was inspired by Tobolowsky’s stories to write a song called “Radiohead” which in turn inspired the name of a modern rock and roll group from England that has done pretty damn well for itself, and probably didn’t realize that it had an American character actor to thank for its name. That band? Haircut 100. No, it’s Radiohead.

This podcast at once humanizes Byrne and respects the mystery and wonder at the core of his persona. Tobolowsky provides wonderful insight into what it’s like to collaborate with one of the world’s true originals, but he also makes it seem fairly likely that Byrne is, in fact, a god from outer space who fell to earth to teach us strange human beings something about joy and wonder and celebration and the magic of music.

Tobolowsky ended up being a David Byrne song, and that’s a pretty magical form of collaboration in its own right, even if it’s not quite what Tobolowsky might have imagined when the idea of him and his partner collaborating with one of rock’s true geniuses was first brought up.

Byrne got the structure for a pretty perfect motion picture and the inspiration for one of the songs on its soundtrack. Tobolowsky, meanwhile, got one hell of a true story, and one that helps cement his position as one of the greatest and most beloved storytellers in all of popular culture.