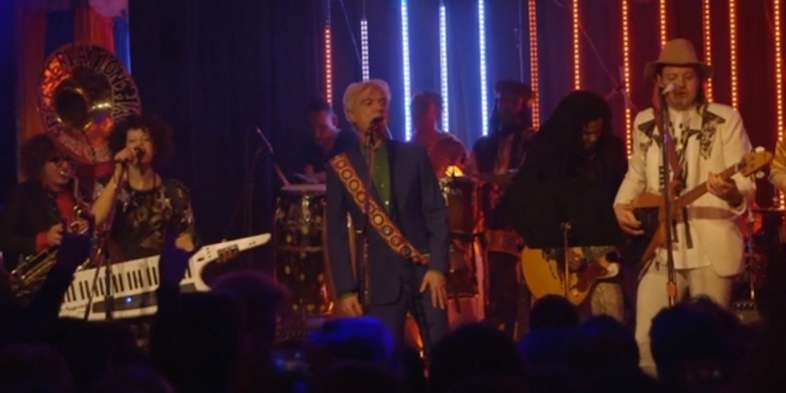 Back in February, Arcade Fire’s Régine Chassagne and Rainn Wilson (“The Office”) co-hosted the fourth edition of KANPE KANAVAL, which took place at the Society for Arts and Technology in Montreal. At the event, Chassagne, Win Butler, and Richard Reed Parry performed Talking Heads covers with David Byrne. The show has now been compiled into a series of short documentary videos for Tidal. In the videos, Arcade Fire and Byrne play “This Must Be the Place (Naive Melody)” and “Road to Nowhere.” Chassagne, Butler, and Byrne also discuss the night and KANPE’s mission. In addition, there is footage of the New Orleans Preservation Hall Jazz Band (who marched with Arcade Fire at their January David Bowie memorial parade) performing at the KANAVAL. Watch highlights from the event here, the Jazz Band’s performance here, and Arcade Fire and David Byrne’s on-stage collab here.

Revisit the Talking Head’s original “This Must Be the Place (Naive Melody)”: