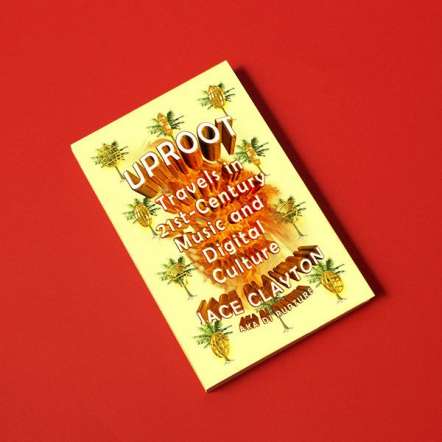 This month Jace Clayton, AKA DJ Rupture, presents a playlist inspired by his new book Uproot: Travels in 21st-Century Music and Digital Culture. David and LeeAnn from Todomundo, Eric Welles-Nyström from Luaka Bop and Doug Hream Blunt sat down with Jace to chat about his research and writing process, how digital music has opened the floodgates for young artists all over the world and the one that got away!! Here's more from Jace:

Since much of my book examines the many ways in which digital tech transforms how music is made and socializes across the globe, I paired acoustic and electronic versions of the same song—yielding a mix of beautiful Caribbean/Latin/Arabic tunes from the 70s/80s and a younger generation reinterpreting them in recent years. (Not remixes, but contemporary iterations of the same song). Musical uprootings! Where tradition meets new electronic tools.

Tracks 3 & 4: "Agharass Agharass"/"Salama"—The banjo-led “Agharass Agharass” is from an important Berbergroup, Archach, from south Morocco. “Salama” is a re-interpration from Wary, a Moroccan expat living outside Paris, who adds Auto-Tune, adapts the lyrics, brings in rhythmic patterns from other Moroccan genres, and generally flips it.

Tracks 5 & 6: "Zanmi Camarade"—Hauntingly beautiful Haitian synth song from the early 80s, followed by a Fruity Loops version done a year or do ago in the style known as raboday.

Tracks 11 & 12: "Sawal Azzin Awal Ilhnnan"—Strikingly different versions of the same south Moroccan song. The first is rugged wonderful Berber mountain music from a locally-known icon; the second is the same tune, albeit given a synth-pop makeover with full Auto-Tune.