Frequenting his favorite London pubs, the English artist Paul Davis asked Scottish friends and strangers what they thought about the impending referendum on independence from the United Kingdom. He matched their responses to limned images of a few great Scots, lending some historical heft and a touch of ventriloquism to the project. 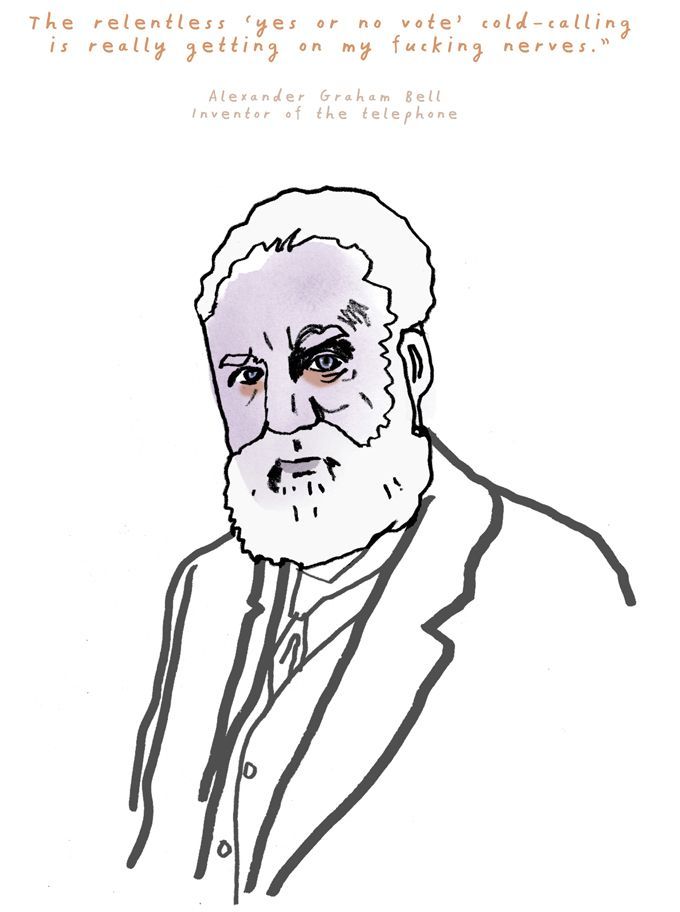 Independence: aye or nay? The dilemma is fascinating and infuriating. Politicians shout at one another, families squabble, TVs spew sound bites and spread general confusion. The pro- and anti-Union debate has been around since way before 1707, when the Treaty of Union was signed by the parliaments of Scotland and England, joining the variegated landmass as a political unity for three centuries and counting.

The two nations had tried to form a union several times before but failed. James VI and I, king of Scotland under the former moniker and king of England and Ireland under the latter, had a go at a union—one that would extend beyond his simultaneous rule of the two Crowns—in 1603. He came up short, then revived the unpopular idea in 1610, but again ancient hostilities buggered the deal. The non-Union had been in place for millennia, and recent centuries were marked by war, land disputes and clan in-fighting. It seems that everyone has her own version of the history. I find it all so unbelievably complicated. 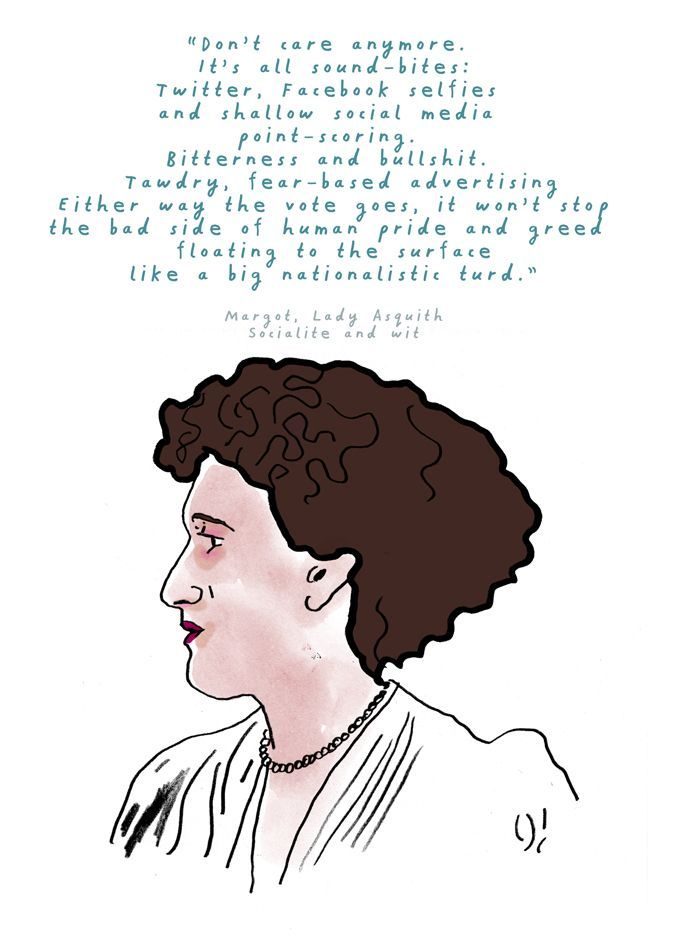 With this maddening history in my head, I decided to ask Scottish friends and strangers I met in the wonderful pubs of London how they felt about the impending independence vote. On September 18—faced with the question “Should Scotland be an independent country?”—Scottish residents will vote with a single word, “aye” or “nay,” on a variety of issues concerning their lives, their society and how they see the future of the United Kingdom. The prospect of independence raises a litany of economic and political questions: oil, tax, sovereignty, the pound, pensions, bailouts, international commerce, nuclear abolition, the armed forces, the flag, the EU. The list goes on. 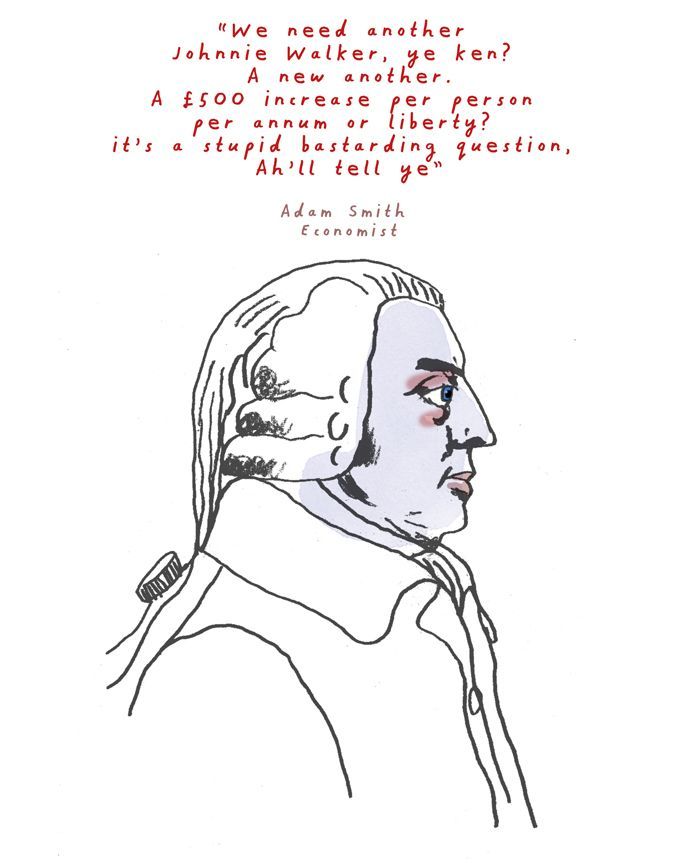 Peoples’ responses to my questions were never the same. Some went on a blistering, passionate, teary-eyed journey with their forefathers, rhapsodizing about how Scotland had always punched above its weight (too true). Some bemoaned the fact that the vote was even being considered in the first place. There was the mocking of the great independence advocates who can’t vote because they live elsewhere. The bloody English telling us what to bloody do in bloody Westminster. Every conversation I had was absorbing, especially after we knocked back a few. My fee was to buy the drinks. 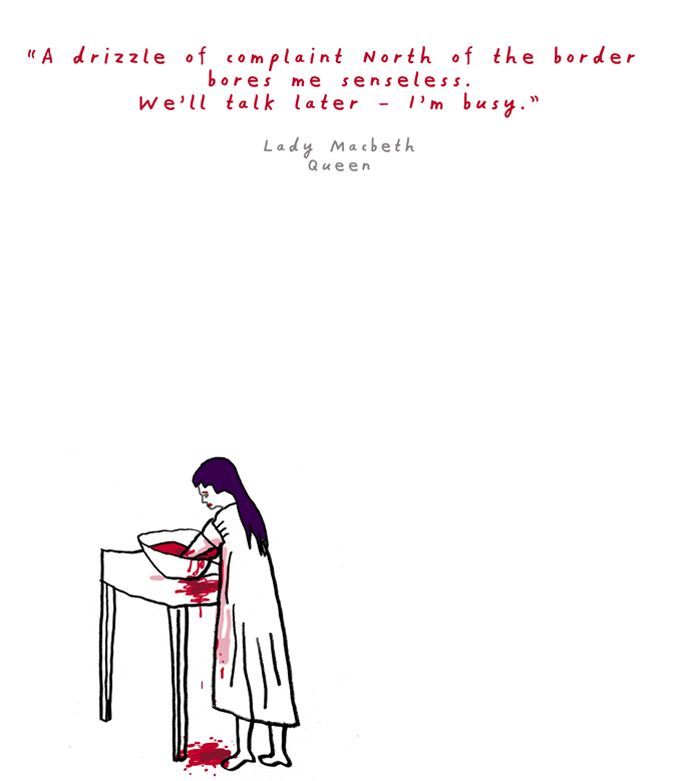 As I amassed notebooks full of quotes and sketches, I thought it would be a willfully perverse idea to attribute contemporary speech to historical figures. To describe what’s been discussed for what seems like an eternity and enjoy the collision and humor that lie therein. I made all the great Scots look a bit tired; their heids had to be mince. The quotes are verbatim—I just put them into a different context. And lest we forget, the Scots are masters of satire, especially, in recent years, Saltire satire at the Edinburgh Festival. 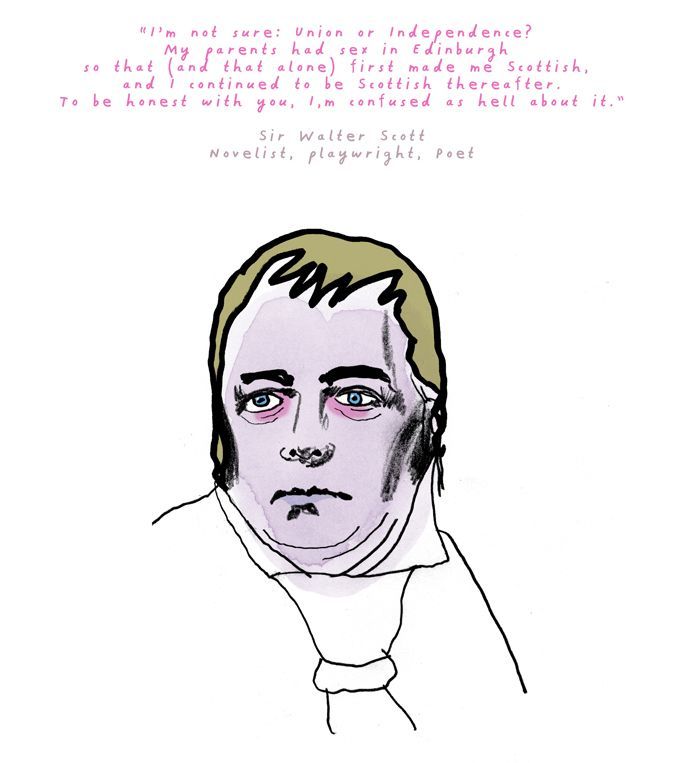 As an Englishman I wish the Scots the very best whichever way the vote goes. I love the Scots, but if I had the vote, I wouldn’t know where to make my mark. I do know I’d never vote for English independence. Don’t see the point—it all sounds loathsomely UKIP.

The thing is, I adore living in an exhilarating modern Babel and despise the mendacity of recent governments. How can anyone really trust politicians, Scottish, English, Welsh, Northern Irish or otherwise?

Blood and sand on the 18th. 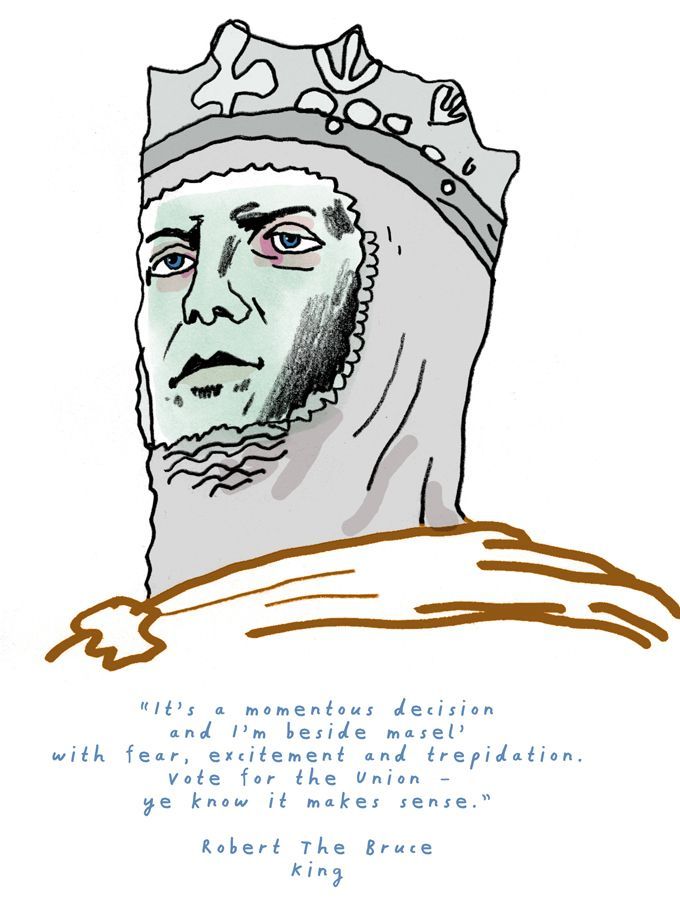 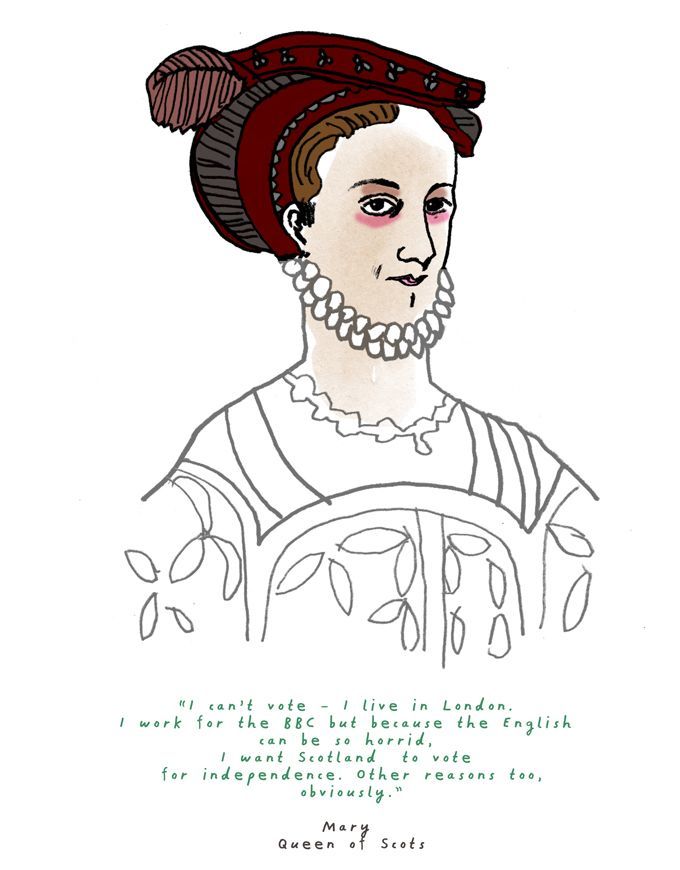 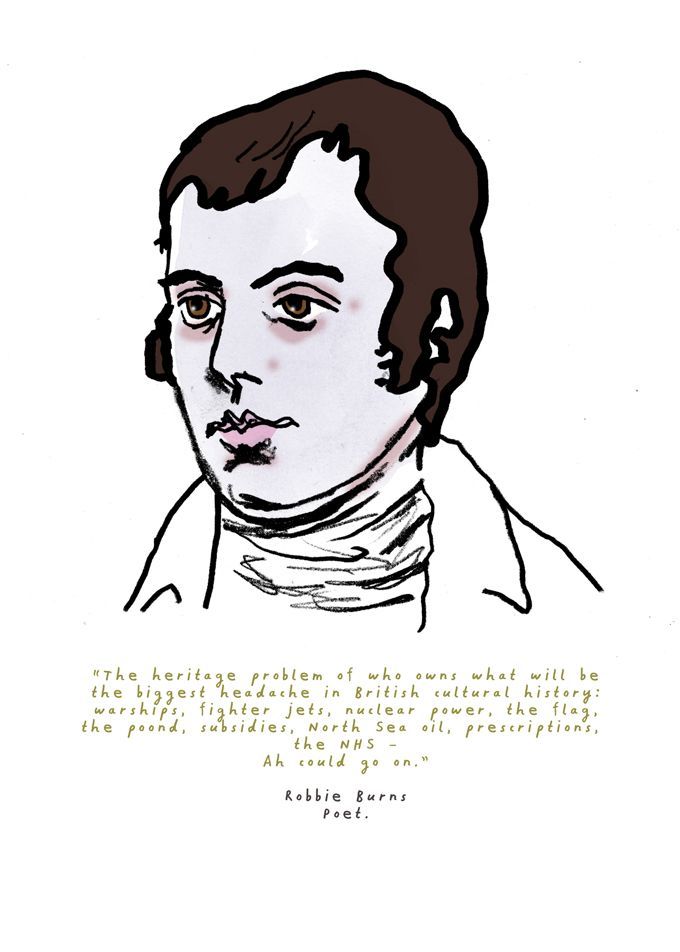