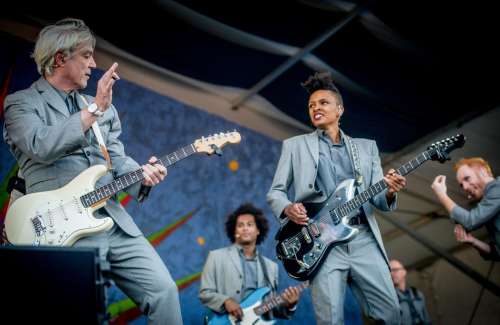 Save a light sprinkle of rain on its second Saturday, the 2018 New Orleans Jazz and Heritage Festival played out under sunny skies and mostly mild temperatures. Big crowds gathered at the big stages on some days, but overall the fest felt manageable.

Some takeaways from my 29th Jazz Fest, the 49th overall:

Lyle Lovett, after a late start, was as classy and gentlemanly as his music. Jason Isbell was rock-solid. Leslie Odom Jr. put his Broadway chops to good use. Frankie Beverly and Maze gave the people what they wanted. Old Crow Medicine Show paired energy to burn and exceptional musicianship with wit and humor.

But David Byrne’s utterly original presentation at the Gentilly Stage the first Sunday was one of the coolest things I’ve ever seen at Jazz Fest. On an otherwise bare stage, he and his dozen mobile musicians pretty much redefined what a rock show looks like. The music was complex but accessible, percussive and rhythmic in a way that made a crowded field of fans move. And he serenaded a plastic brain.

Was Byrne the best of the fest? I can’t say for certain, as I missed 90 percent of what was going on at any given time. But it was the best, and most memorable, set that I saw. 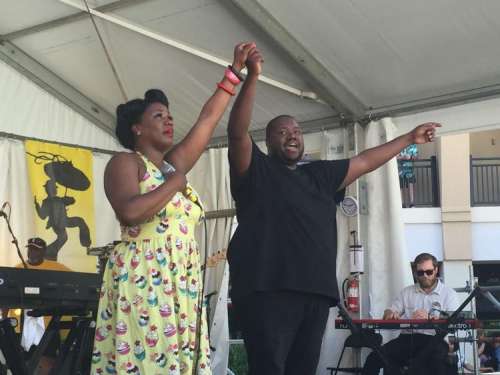 Best discoveries this year: Blues-rock guitarist Samantha Fish moved to New Orleans in 2017. She’s since assembled a cool band that is a springboard for her muscular, swaggering guitar heroics and burnished entreaty of a voice. At the Blues Tent, she lived up to the hype.

The War and Treaty, a husband-and-wife duo from Michigan, ambushed the Lagniappe Stage with a raw set of gospel-blues-soul that was sweaty and sexy and sacred all at the same time. Their young band fleshed out their passion play perfectly.

Local acts that clearly belong in the big leagues: The Revivalists, Jon Batiste and Tank & the Bangas have achieved varying degrees of national prominence in recent years. They all deserve it. Batiste was especially good playing New Orleans music with veteran soul band the Dap-Kings. It was impossible not to pay attention to Tank & the Bangas’ compelling, creative show. And an expanded version of the Revivalists revealed the soul at the heart of their rock ‘n’ roll.

The future sounds different, but good: As more of Jazz Fest’s legends pass on or retire, the fest needs new blood. Boyfriend, Darcy Malone & the Tangle, Sweet Crude, Kristin Diable & the City – all of them, and many more, supplied it. They may not necessarily look and/or sound like the New Orleans of the past, but they are all invested creatively in the city's future. 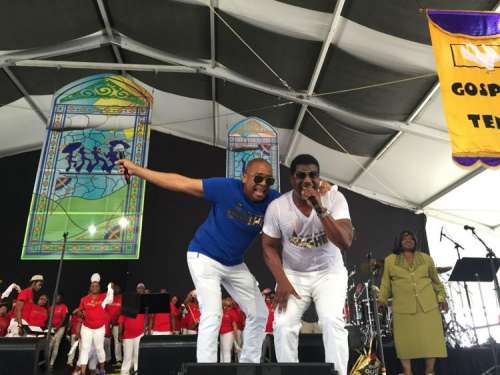 Don’t forget the gospel: I often hustle right past the Gospel Tent, but Pastor Tyrone Jefferson and the 50-plus members of the Abundant Life Tabernacle choir stopped me in my tracks on the second Friday and drew me in. They literally elevated everyone in the tent – or least brought them to the their feet.

Charles Neville, gone but not forgotten: The Neville Brothers’ much-loved and respected saxophonist died the day before the 2018 Jazz Fest opened. That didn’t leave much time to plan tributes, especially the first weekend. Still, the likes of Beausoleil frontman Michael Doucet offered heartfelt remembrances from the stage.

The most poignant tributes involved members of his family. After the Neville Brothers disbanded in 2012, Charles continued with brother Aaron’s solo band. At the Gentilly Stage on the second Friday, Aaron performed without a saxophonist, but stationed a silent saxophone onstage anyway. At the set’s conclusion, the stage announcer heralded “the Aaron Neville Quintet featuring the spirit of Charles Neville.”

During his festival finale on Sunday, Troy “Trombone Shorty” Andrews invited Cyril, Ivan and Ian Neville to join him for two Meters/Neville Brothers songs in remembrance of Charles.

No doubt Charmaine Neville’s remembrance of her father, which I didn’t see, was also heavy.

A rule that needs reevaluating: I'm totally in favor of the no chairs, no blankets zone in front of the big stages. But at the Acura Stage at least, the “standing room only” rule went a little too far: Security prevented people from sitting down on the bare grass while bands performed. (Oddly, sitting was allowed during the set changes between bands.)

One woman, after being made to stand up, muttered, “That’s stupid.” 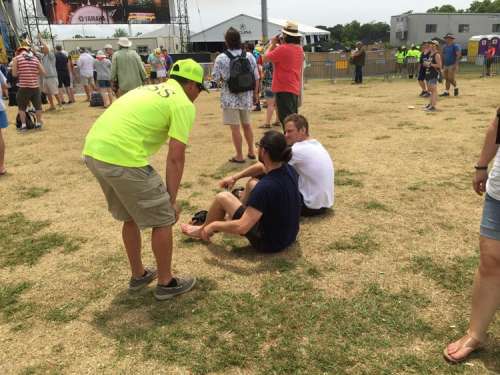 What’s next?: Festival industry legend George Wein, Jazz Fest’s 92-year-old founder, made a special appearance the first Sunday on the Acura Stage alongside his protégé, Quint Davis, to kick off the countdown to the 50th New Orleans Jazz and Heritage Festival.

Undoubtedly, we’ll hear much in the coming months about how special the 2019 festival – scheduled for April 26 through May 5 – will be. What form that specialness will take is, at this point, unknown.

The list of living “oh, wow” headliners that fit the festival’s aesthetic and have not already been featured is fairly short. To many people, that list boils down to three names: Paul McCartney, the Rolling Stones and U2.

McCartney is booked for the Austin City Limits Festival in October, so he’s not opposed to playing the occasional American festival. But even if McCartney, U2 and the Stones are available and affordable next spring, can Jazz Fest, in its current configuration and format, accommodate them?

Anyone who braved the crush of humanity at the Acura Stage for Elton John in 2015 – or similarly massive crowds for Eric Clapton, Simon & Garfunkel, Stevie Wonder, Billy Joel, Fleetwood Mac, the Eagles, etc. – surely has doubts.

The larger question is, does the 50th Jazz Fest need any one wow-factor name to be “special”?