At many pop concerts, the merchandise stall sells something billed as the tour book, which is often a glossy, overpriced leaflet with a mental age of five.

On David Byrne’s American Utopia tour, the only book for sale is a proper one: a 340-page tome called How Music Works, which Byrne wrote himself.

The show opens with him sitting alone at a desk, holding a brain, like Hamlet with a twist of self-mockery. 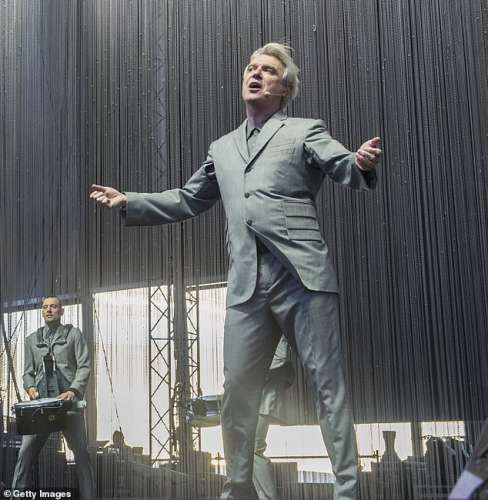 In his 11 years with Talking Heads, Byrne was famous for making music that appealed equally to the head and the hips. Now, 30 years on, he also warms the heart and tickles the ribs.

He has thought hard about how live music works – and reinvented it. Out go the drum riser, the mike-stands, all the clutter of the concert hall. Out, too, goes the video screen.

In come straps and harnesses, so the musicians can stay on their feet. The effect is so infectious that the fans soon follow suit. There are two specialist dancers, but all 12 performers are in near-perpetual motion. 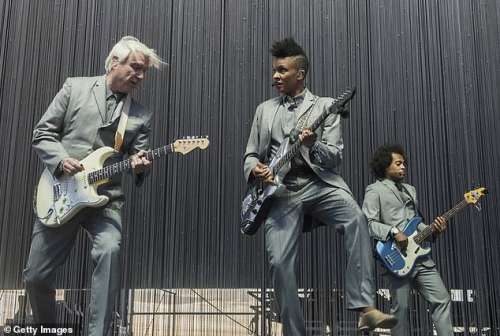 Like the Dutchmen of the Seventies devising total football, Byrne and his choreographer Annie-B Parson have taken something rigid and replaced it with a thrilling fluidity.

Instead of one person playing several drums, there are six people with one drum each. Instead of a set, there’s a big blank space, with walls made of silver strings, hung vertically, to allow entrances from all directions.

Everybody wears a grey suit, to concentrate the mind on the music and the movement. 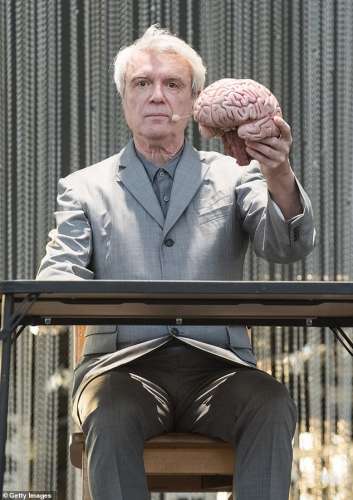 For I Zimbra, the drummers form a circle, like the figures in La Danse by Matisse. For Slippery People, the ensemble go halfway from the haka to the hokey-cokey.

For Once In A Lifetime, Byrne declaims the verses like a demented preacher, prompting the crowd to pile in on ‘And you may ask yourself, how did I get here?’ For Blind, there are giant shadows – who needs video when you’ve got Plato’s Cave?

Everywhere you look, there is vitality, lightness and wit.

The set list is rigorously selective, with seven songs from American Utopia, Byrne’s latest and highest-charting solo album; eight by Talking Heads (mostly from Remain In Light and Speaking In Tongues); three from Byrne’s countless collaborations (including Lazy, his only smash); and, to finish, Janelle Monae’s Hell You Talmbout, a musical memorial for black Americans killed by the police.

I haven’t seen a better gig since 2002, when David Bowie played Low in full at the Festival Hall.

That evening was just sublime in itself; this one could be a game-changer, as designers work out what they can do without all that stuff on the stage.