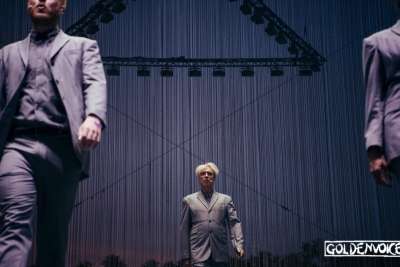 Beyoncé’s Coachella Weekend 1 performance made news around the world.

Well, her Coachella Weekend 2 performance was just as impressive, even if it was pretty much a direct copy of her set last week, complete with the Jay Z appearance, and the Destiny’s Child reunion.

Although Beyoncé started about 15 minutes later than scheduled, it was an incredible spectacle—with the energy of a crowd of more than 100,000 people.

The Internet stream truly didn’t do her performance justice. Being there in person to witness the show—to hear Beyoncé’s voice and feel the energy of that crowd—was amazing. This is what big-time live music is truly about and why people go to shows. Beyoncé held the crowd for close to two hours—and there were people as far as the eye could see until the very end.

Of course, there were some other great performances during the day.

• X Japan had the unenviable task of headlining the Mojave Tent on Saturday night during Beyoncé’s set. However, I was able to take in some Japanese rock in the Sonora Tent in the afternoon, thanks to the all-female Japanese punk band Otoboke Beaver (below). This group was quite a sight. I’ve seen some all-female Japanese bands in the past, and they seem to always be entertaining, with a cranked-up stage presence and performances that always go above and beyond. The mosh pit the group stirred in the Sonora throughout the performance wasn’t for the physically weak.

• Shortly before CHIC was scheduled to perform on the Main Stage in the afternoon, the video wall suddenly turned on—and showed Nile Rodgers walking through the crowd with his guitar on. He was talking with and meeting fans who were already gathered in the area.

• Like Beyoncé, David Byrne—the former frontman of the Talking Heads—turned in a buzz-worthy set during Weekend 1, and recaptured the magic during Weekend 2. The stage setup one would expect—guitars, bass, drums and keyboards—were gone. Instead, Byrne and his backing band played on a bare stage with only a curtain of streamers hanging behind and to the sides of them. Byrne still sounds fantastic, and it seems as if he has many ideas left in that brain of his (or at least the brain he was shown holding up at the beginning of the performance—while seated at a table and singing).

• Haim, an all-female pop trio of sisters from the San Fernando Valley, had to feel a little pressure, given they were playing right before Beyoncé—but they put on one hell of a show. Bassist Este Haim reminded the audience that it was the second anniversary of the death of R&B and rock legend Prince, and then added that it was also the 10th anniversary of Prince’s fantastic performance at Coachella in 2008, which she attended. She said that if it had not been for Prince’s inspiration, she wouldn’t have been playing music today. To conclude the set, all three sisters pounded out a drum/percussion solo before they stood in the middle of the stage, hugged each other and walked off the Main Stage. 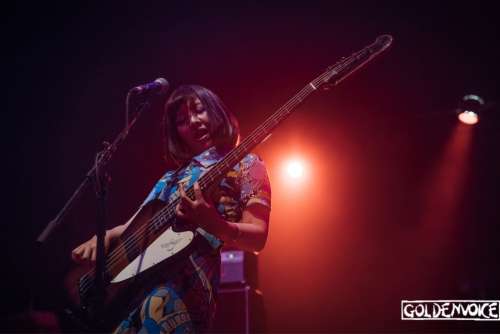